Police responding to a knife attack at a synagogue in Crown Heights, Brooklyn, New York ended up shooting the man and it was all caught on camera.

Levi Rosenblatt, 22, is an Israeli student who was praying in the synagogue when he was stabbed in the face by 49-year-old Calvin Peters, who was wielding a knife.

After police arrived, a tense confrontation went down where Peters wouldn’t drop the knife.

Rabbis urged the officers to not shoot the man, despite his having just stabbed one of their congregants.

Peters ignored the orders to drop his knife and charged them. He was shot and killed.

Police are reporting it was not a hate crime, however NY Daily News quotes:

“He was heard saying, ‘Kill the Jews,’ or something to that effect,” Seligson said.

Rosenblatt is in stable condition. 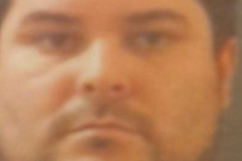 Loading more stories
wpDiscuz
3
0
Would love your thoughts, please comment.x
()
x
| Reply
Calvin Peters entered the Brooklyn headquarters of the Lubavitcher movement where he stabbed an Israeli student. Cops shot him when he attacked again.