A false claim from a faculty member that there was an armed man on campus caused panic at Ohio University’s Southern campus. The call came in at around 5 p.m. on January 21. The school is located in Ironton, Ohio, about 130 miles south of Columbus.

1. The School Was Locked Down for More Than an Hour

Ironton police responding to a man with a gun call on the OU Southern campus. That campus is locked down. Athens campus is not affected.

The school is on lockdown was on lockdown a little more than one hour., reports Michael Clouse of WSAZ. It was reported that students arriving for evening classes were turned away from the school.

DEVELOPING: Here's a picture of the OU Southern campus in Ironton. Campus is on lockdown for active shooter. pic.twitter.com/pqliDHF27t

There was never any gunman. Nobody was hurt as a result of the incident. The claim of a gunman was allegedly sparked the presence of a Brinks security employee on campus.

3. A Massive Police Response Was on Campus

A massive police response was at the school including SWAT team members. WSAZ reports that faculty members were moved to a secure location.

4. The Ohio Highway Patrol Were In Control of the Scene

The Ohio Highway Patrol said that no shots had been fire as of 5:30 p.m. local time. Shortly after that statement, the OHP ended the lockdown.

Yay. On lock down at urgent care in Ironton because there's a school shooting at Ohio University.

There are around 2,100 students at the school. It was established in 1956. The dean is Dr. Nicole Pennington. There are four distinct buildings on the campus. OU Southern offers 11 associate degrees and 8 bachelor degrees. The school also features a nature center and a horse park. 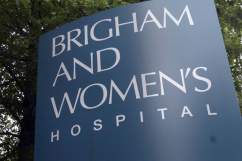