Rev. Sharonda Coleman-Singleton was one of nine victims of the Emanuel AME Church shooting in Charleston, South Carolina on Wednesday night.

Singleton, 45, was a mother of three and was killed while attending a weekly Bible study meeting at the historically black church. According to reports, Dylann Storm Roof opened fire on the group at approximately 9 p.m. and the attack has already been labeled a hate crime.

Here’s what you need to know about Singleton:

1. She Leaves Behind a Husband & Three Children

Coleman-Singleton is survived by her husband, Chris, and three children, sons Chris and Caleb and daughter Camryn.

Her cousin, Constance Kinder, spoke with BuzzFeed news, calling Coleman-Singleton a “beautiful spirit” and adding that she would end each and every one of her text messages with “love you cousin.”

Please say a prayer for my good friend! He lost his mom in the shooting last night. Please pray #CharlestonShooting pic.twitter.com/UeYI1jy3nQ

Sharonda was pretty on the outside and just as beautiful on the inside — the one thing I know for sure she loved the lord so she was where she enjoyed being. She was only 45 years old, she still has three kids to raise.

Chris Singleton just wrapped up his freshman season of baseball at Charleston Southern. The 6-foot outfielder didn’t see much time in the field during his first college year, but came onto the team after a solid career at Goose Creek High School.

Singleton was a 2014 All-State selection and batted .417 as a senior. A solid two-sport athlete, Singleton was also an All-Region selection in both baseball and basketball during his junior and senior years. In fact, he led the Goose Creek basketball team to the state championship game as a junior.

"Our thoughts and prayers are with Chris and his immediate family and with our entire CSU baseball family.” – CSU baseball coach Stuart Lake 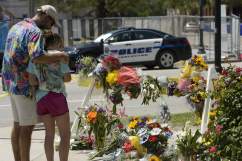 Coleman-Singleton joined the faculty at Goose Creek High School in 2007 as a speech-language pathologist.

In addition to her full-time job at the high school, Coleman-Singleton also served as a coach for the school’s track and field team. The squad recently wrapped up its season and even saw several of its athletes compete in the state tournament in May.

During her time at college, Singleton worked towards a degree in speech pathology and graduated with her bachelor’s in 1991. She went on to earn her masters degree from Montclair State in New Jersey and also worked at school districts in Georgia before heading to Goose Creek.

5. There Will Be a Vigil in Her Honor on Thursday at Goose Creek High

Goose Creek High School announced it was holding a vigil in honor of Coleman-Singleton on Thursday night.

The school announced the event on its Facebook page after news of Wednesday night’s events spread, saying:

All of our Gator family are welcome as local church leaders lead us in prayer.

A remembrance station will be located at the Gator statue beside the track. Feel free to light a candle, say a prayer, or leave a message for this beloved lady.

She will always be a treasured member of the Gator family, and our sincerest thoughts and prayers are with the Singleton family. We love you all.

The school remained open throughout the day as faculty, staff and students remembered their coach with flowers and candles on the Gator mascot near the track. 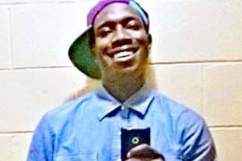 Loading more stories
wpDiscuz
2
0
Would love your thoughts, please comment.x
()
x
| Reply
The reverend was one of nine victims killed during Wednesday's shooting at the Emanuel AME Church in Charleston, South Carolina.