The Coast Guard is searching for Perry Cohen, left, and Austin Stephanos, 14, after the two friends did not return from a fishing trip on Friday. (U.S. Coast Guard)

Two 14-year-old friends are missing off of the coast of Florida after they didn’t come home from a fishing trip on Friday, the U.S. Coast Guard says.

The Coast Guard and volunteers have searched for Perry Cohen and Austin Stephanos over more than 25,000 square nautical miles in the Atlantic Ocean near Jupiter. Their boat was found at about 11 a.m. Sunday about 67 miles east of Ponce Inlet, Florida.

The Coast Guard said the search is continuing.

1. They Bought $110 of Fuel & Set Out Friday Afternoon From Jupiter

Perry Cohen and Austin Stephanos were last seen on this boat. (Twitter)

The boys bought $110 of fuel and set out Friday from Jupiter, Florida, at about 1:30 p.m. on a 19-foot, white, single-engine center console boat, the Coast Guard says. They were reported missing at about 5 p.m.

They were expected to return to shore at 5 p.m.

An “urgent marine information broadcast” was put out and the Coast Guard launched an HC-144 Ocean Sentry airplane and an MH-65 Dolphin helicopter out of Air Station Miami to search for Austin Stephanos and Perry Cohen.

#BREAKINGNEWS @uscoastguard rescue crews in Florida gearing up for 3rd night of search for 14YO missing boys. pic.twitter.com/IbYGycN98U

Boatcrews from the Coast Guard Station Lake Worth Inlet and Station Fort Pierce joined the search, along with Coast Guard Cutters Margaret Norvell and Paul Clark.

The Palm Beach Sheriff’s Office and an HC-130 from Air Station Clearwater are also assisting.

@RealJoeNamath with Coast Guard and parents of 2 teen boys who have been missing since Friday #FindAustinandPerry pic.twitter.com/Ais0QiEy8k

A $100,000 reward has been offered by the families of the two missing boys and their neighbor, NFL legend Joe Namath.

Namath said at a press conference that the boys are experienced boaters.

“We’ve got to believe in their wherewithal,” Namath said.

3. The Boys Have Been Fishing & Boating Their Entire Lives

The families of Austin Stephanos and Perry Cohen say the boys have been fishing and boating for their entire lives.

“I really don’t know where the water has taken them,” Carly Black, Austin’s mother, told the Palm Beach Post. “I know they’re out there, they’re safe, and we just need to bring them home.”

#BREAKINGNEWS @USCG search has now covered more than 25,000 sqNM in search for missing 14YO boys. pic.twitter.com/wHFy8XJj6e

Perry Cohen’s mother, Pamela Cohen, told WSVN-TV, “We appreciate the entire community’s commitment already, and we only ask that everybody continue to be safe in assisting to try and find the boys, to try not to interfere with the search and rescue that the Coast Guard is doing, but to please just spread the word to anyone that we know here, in the Bahamas, that if they’ve seen the boys, we need to know.”

4. They Possibly Headed Toward the Bahamas

The boys weren’t expected to go far, but may have headed toward the Bahamas, where they have vacationed in the past, their families said.

“They’re on the boat as much as they possibly can. They’ve been around the water, the ocean, the boat, going to the Bahamas, fishing, for years,” Carly Black, Austin Stephanos’ mother, told WSVN-TV.

5. Family & Friends Have Been Using Social Media to Provide Updates on the Search

Family and friends have been using #findaustinandperry on social media in an effort to spread the word about the missing boys and help bring them home safely. 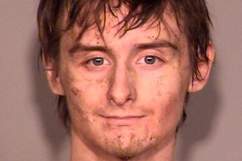 Loading more stories
wpDiscuz
31
0
Would love your thoughts, please comment.x
()
x
| Reply
Perry Cohen and Austin Stephanos, both 14, are believed to be missing off the coast of Florida after they didn't return from a fishing trip on Friday.