In the video, (watch it above) undercover footage taken by actors posing as buyers from a human biologics company are seen talking with Planned Parenthood’s Director of Medical Services, Dr. Deborah Nucatola, about buying fetal tissue.

Nucatola tells the fake buyers that the going-rate for different organs is between $30 to $100. Nucatola talks to the actors about Planned Parenthood’s apparent concerns about their liability for selling of fetal body parts.

“At the national office, we have a Litigation and Law Department which just really doesn’t want us to be the middle people for this issue right now,” she says in the video. “But I will tell you that behind closed doors these conversations are happening with the affiliates.”

The Center for Medical Progress, a conservative non-profit that is “dedicated to monitoring and reporting on medical ethics and advances,” says that the practice of selling fetal body parts by Planned Parenthood violates federal law.

The nonprofit news organization points to 42 U.S.C. 289g-2, which says selling human fetal tissue “for valuable consideration if the transfer affects interstate commerce” is a felony punishable by up to $500,000 and/or 10 years in prison. But the law also defines “valuable consideration” as not including, “reasonable payments associated with the transportation, implantation, processing, preservation, quality control, or storage of human fetal tissue,” according to The Daily Beast.

Planned Parenthood said in a statement responding to the video that it does not sell fetal body parts, but does receive reimbursement for some costs, which is legal under the law:

In health care, patients sometimes want to donate tissue to scientific research that can help lead to medical breakthroughs, such as treatments and cures for serious diseases. Women at Planned Parenthood who have abortions are no different. At several of our health centers, we help patients who want to donate tissue for scientific research, and we do this just like every other high-quality health care provider does — with full, appropriate consent from patients and under the highest ethical and legal standards. There is no financial benefit for tissue donation for either the patient or for Planned Parenthood. In some instances, actual costs, such as the cost to transport tissue to leading research centers, are reimbursed, which is standard across the medical field.

The full, unedited version of the video (which can be watched below), adds more context to Nucatola’s comments about tissue prices.

At the about the 6:50 mark of the full video, Nucatola says the price range is $30 to $100, depending on the facility involved.

She says the price “just needs to be justifiable,” if someone asks why they aren’t doing it for free.

Planned Parenthood makes two key admissions in their statement today: 1) aborted fetal parts are harvested at their clinics, and 2) money is exchanged in connection with this. They also tell several lies: 1) That proper consent is obtained from patients, 2) That Planned Parenthood does not make money off the body parts, and 3) that everything is legal. 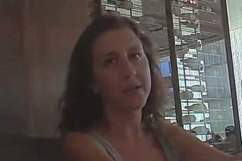