An ex-carnival worker from Alabama was arrested on bestiality charges after police said he accidentally called a friend while he was having sex with his German shepherd.

Police say Meyers left a voicemail recording of the sex acts on his friend’s phone, and the friend reported it to police after listening to the message.

“It’s obvious there is a condition there; it’s just abnormal, no matter how you look at it,” Franklin County Sheriff Shannon Oliver told WBRC-TV.

1. He Is Accused of Having Sex With the Female Dog 4 Times

He was released after posting $6,000 bail, and was ordered to not have any contact with animals. He was also charged with possession of marijuana and drug paraphernalia, police said.

Meyers did not comment to reporters as was brought into a courthouse on Tuesday, and is seen cursing as he tries to shield himself from the cameras.

Meyers is the first person charged under Alabama’s new bestiality law, which was passed last year.

Bestiality is a class A misdemeanor. He faces up to one year in jail and a fine of up to $6,000 on each of the four counts.

“It’s scary that it’s had to go on more than we know for them to make a law,” Franklin County Sheriff Shannon Oliver told Al.com.

3. The German Shepherd Is OK & a Chihuahua He Also Owned Was Not Harmed

A German shepherd, not pictured, was allegedly sexually assaulted by Meyers. (Getty)

Meyers also owned a chihuahua, but he said he did not have sex with that dog. The chihuahua is also in the care of animal control.

“Right now they are just holding it so we can figure out through the district attorney what we need to do with it,” Sheriff Shannon Oliver told the newspaper. 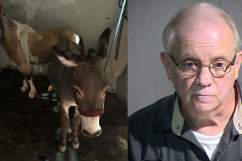 4. He May Have to Register as a Sex Offender if Found Guilty

Though bestiality is not classified as a sex crime in Alabama, District Attorney Joey Rushing said he was able to designate this case as one, meaning a judge may place Meyers on the sex offender registry if he is convicted.

“As it involved a sexual motivation to the crime,” Rushing said. “If proven, he will have to register as a sex offender for the rest of his life,” Rushing told the Franklin County Times. 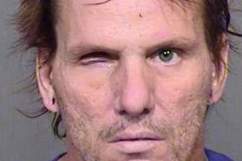 5. He Moved to Alabama a Few Years Ago After Working for a Traveling Carnival

Meyers being led into court. (WAFF)

Meyers moved to Alabama about three years ago and was living in a shed in the town of Phil Campbell. He previously worked for traveling carnivals and circuses and is originally from Illinois, the sheriff’s office said.

According to Al.com, his home did not have utilities. 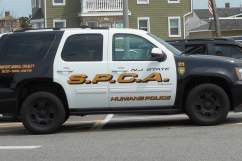 Loading more stories
wpDiscuz
6
0
Would love your thoughts, please comment.x
()
x
| Reply
Russell Meyers, of Alabama, was charged with bestiality after police said he accidentally called a friend while having sex with his German shepherd.