Video of a Texas high school football referee being blindsided by two players in what appeared to be a targeted attack has gone viral.

Robert Watts has been identified as the official who was struck from behind in the final minute of a Friday game between John Jay High School of San Antonio and Marble Falls High School. The video shows Watts being hit by John Jay sophomore Victor Rojas. As Watts falls to the ground, another John Jay player, Michael Moreno, dives onto him. Rojas was ejected from the game, but Moreno was not. He later was penalized for a late hit on the Marble Falls quarterback.

Both players have been suspended from school and from the team while an investigation into the incident is completed.

An assistant football coach, Mack Breed, has been put on administrative leave after the players said he told them the referee “had to pay” for making bad calls against John Jay.

Watts, of Austin, has worked as a referee for 14 years.

“I like to keep my officiating quiet; unfortunately this will be big news,” he told TexasHSFootball.com. 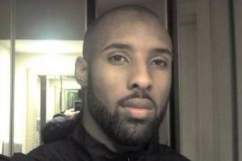 The players are being investigated by the Marble Falls Police Department, as well as their school district and the organization that oversees high school sports in Texas.

Wayne Elliott, the secretary of the Austin Football Officials Association, told ESPN that Watts, who is from Austin, is “very upset” wants to press charges. 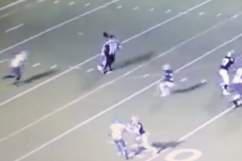 3. John Jay Supporters Have Accused Watts of Making Racial Slurs Prior to the Hit

Allegations have been made on social media that Watts directed racial slurs toward the players prior to the incident.

Watts told TexasHSFootball.com, “Libel and slander have already been committed against me. I will be contacting the appropriate people soon and any statement from me will come at a later date.”

4. He Has Received Support From Referees in the NFL & Around the Country

The video has gone viral, with millions of views on YouTube. Watts has received support from referees around the country, including the NFL Referees Association.

“These types of actions against any game official at any level are inexcusable,” Jim Quirk, the executive director of the NFL Referees Association, said in a statement. “We fully support the suspensions of the players involved, along with a full and complete investigation by the Texas University Interscholastic League (UIL).”

5. Another Texas Referee Was Targeted in a Similar Incident in 2008

This isn’t the first time a Texas high school football referee was targeted during a game. In 2008, during a playoff game between the Euless Trinity Trojans and the Allen Eagles, a player for Trinity blindsided a referee.

In that incident, the player involved was punished by his school, but did not face criminal charges. 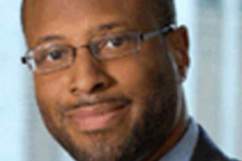