The mother of Umpqua Community College gunman Chris Harper-Mercer is a prolific poster on online message boards with a love for guns, who struggled to raise her troubled son after separating from his father.

Laurel Harper, a 64-year-old nurse, stockpiled guns in the apartment she shared with her 26-year-old son just minutes from Umpqua Community College. He took six of those guns to his school on October 1, killing his professor and eight classmates before turning the gun on himself.

Police told CNN they are now looking into whether Harper bears any criminal responsibility for the shooting.

Here’s what we know so far about Harper-Mercer’s mother:

1. She Moved With Her Son From California to Oregon in 2013

Laurel Harper raised Chris Harper-Mercer in Torrance, California, as a single mother. In an article in a local newspaper from 1993 about a local nature center, she said she used to bring her young son to nature shows in California so he could experience nature and feel responsible for it.

Neighbors in California said that Mercer and his mother kept mostly to themselves, the Los Angeles Times reported. His mom would sometimes get involved with the community, such as circulating a petition about eradicating a cockroach infestation because it was keeping her son up at night. One neighbor said that she called him “baby” all the time, even though he was an adult.

2. She Works as a Visiting Nurse for a Local Agency

Laurel Harper, a licensed practical nurse, worked for a local agency. She was working for a woman with a sick teenage son.

“She said she had multiple guns and believed wholeheartedly in the Second Amendment and wanted to get all the guns she could before someone outlawed them,” Shelly Steele told the New York Daily News. “My husband is an avid hunter and former military, so she would talk to him about it all the time, how she liked to take her son shooting.”

Steele told the Daily News that Harper was a “wonderful nurse” and “detail oriented,” but was “always very edgy.” She said Harper once refused to take an ID photo.

“The four other nurses took photos, but she refused,” Steele said. “She said she didn’t like her picture taken and that was it. They told her it might help to identify her in case of an emergency, and she said, ‘All I need is my stethoscope.’”

3. She Posted Online About Her Gun Collection & Raising a Son With Asperger Syndrome

Laurel Harper once wrote on her now-deleted Facebook page about her gun collection.

“I moved from So. Calif. to Oregon, from Southern Crime-a-mania to open carry. An open carry law won’t work everywhere. And when the mood strikes, and as long as we’re tossing around brand names, I sling an AR, Tek-9 or AK over my shoulder, or holster a Glock 21 (not 22), or one of my other handguns, like the Sig Sauer P226, and walk out the door. I find the shotguns are a little too cumbersome to open carry,” Harper wrote in September 2014.

According to the New York Times, Harper was a prolific poster on the Yahoo Answers message board with the username TweetyBird. Most of her posts were in response to questions about medical issues. She also posted about guns and about the difficult of raising a son with Asperger syndrome.

Her profile shows that she has answered 33,943 questions.

“Keep two full mags in my Glock case. And the ARs & AKs all have loaded mags,” Harper wrote in response to a question about whether keeping a gun inside the home is legal. “No one will be ‘dropping’ by my house uninvited without acknowledgement.”

She also wrote on Yahoo Answers about how her son also had a knowledge about guns.

In another post she wrote about reading Donald Trump’s book to her son.

“These two activities help develop language skills and may help develop other skills as well. Fact: Before my son was even born, I was reading out loud to him from Donald Trump’s “The Art of the Deal”. And as for the “gesture effect”, I was practically a mime. And now my son invests in the stock market along with me, turns a profit and is working on a degree in finance. His language and reading skills are phenomenal.”

Here are some of her other posts: 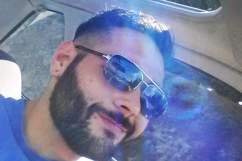 4. She Shared Her Love of Guns With Her Son & Went to the Shooting Range With Him

In the caption for this photo on his MySpace page, he wrote “Me, holding a rifle. It was supposed to be all the way in the picture, but it didn’t work out. Only the barrel shows.” (MySpace)

Laurel Harper passed on her love for guns to her son. Neighbors and her employer said she often talked about going to the gun range with him. He also talked about guns in rare conversations with neighbors, according to the Los Angeles Times.

Police said they found 14 guns in Harper’s home that were purchased by her or another unnamed relative.

She told Shelley Steele, who hired her to be a nurse for her son, that she found a gun club near her home in Oregon where she and her son could shoot without a range master watching.

“She told my husband she just purchased some new guns a few weeks ago and took him shooting,” Steele told the New York Daily News. “I thought the whole situation was very strange. If you know your son has mental health issues, do you encourage a fascination with guns?”

The relationship between Laurel Harper and her son has eerie similarities to that of Nancy Lanza and her son, Sandy Hook Elementary School gunman Adam Lanza, Before Lanza, who also had Asperger syndrome, went to the Newtown, Connecticut, elementary school in 2012, he used one of his mother’s guns and fatally shot her while she slept. According to the New York Times and reports compiled after the shooting, Nancy Lanza was also a gun enthusisast and took Adam to the gun range.

The guns Adam Lanza used in the shooting were purchased by his mother. Police have not yet said if Chris Harper-Mercer or his mother purchased the four weapons he brought to Umpqua Community College.

5. She Divorced Her Husband in 2006 After Years of Living Apart

According to the Los Angeles Times, Laurel Harper married her Ian Mercer in 1989, but they separated just 11 months later. They officially divorced in 2006, citing irreconcilable differences, and shared joint legal custody of Harper-Mercer until he turned 18.

Ian Mercer lives in Tarzana, California. He told CNN that stricter gun laws could have stopped the rampage his son carried out.

“We talk about gun laws. We talk about gun control. Every time something like this happens, they talk about it and nothing gets done. I’m not trying to say that that’s to blame for what happened, but if Chris had not been able to get hold of 13 guns, this wouldn’t have happened,” Mercer said, adding that unlike his ex-wife, he has never held a gun. 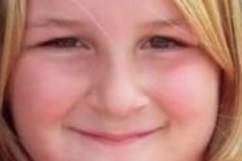