The Dean of the University of Arizona’s Pharmacy school has been indicted on sexual assault charges. The dean, Dr. Jessie Lyle Bootman, appeared in court in in Pima County, Arizona, on October 28 to answer to the charge of sexually assaulting a woman at his home on October 2. He is pleading not guilty.

1. The Victim Says She Woke Up in Bootman’s Home With Injuries ‘Indicative of Sexual Assault’

KVOA reports that a woman told sheriff’s deputies that she woke up in Bootman’s Tucson home with multiple injuries, the station calls them “indicative of sexual assault.” Detectives investigating the case also found “incriminating evidence” at the dean’s home, according to KVOA.

Bootman’s pharmacy license shows that he lives at 7487 N Calle Sin Desengano in Tucson. Also located at that address is a business named Sheri Bootman Design.

2. Bootman Is ‘Shocked & Saddened’ By the Allegations

In a statement released through his lawyer, Bootman refutes the allegations, saying:

Dr. Bootman is shocked and saddened that anyone would make claims against him or his conduct. At this point, Dr. Bootman is unclear as to the exact nature of the claims made against him but he absolutely denies any wrong doing. His entire career has revolved around helping the Tucson community and beyond…indeed, his research has made global contributions. Dr. Bootman is deeply saddened that any accusation would detract from such a longstanding history of dedication to improving the medical lives of us all.

Dr. Bootman is confident that he will [be] exonerated of any allegations and wrongdoing.

The dean has been released on his own recognizance and will appear in court next on November 30, reports the Arizona Daily Star.

3. His Doctorate Is in Philosophy

According to his profile at the school’s website, Bootman has been the dean of the College of Pharmacy since 1987. He’s also a graduate of the school from the class of 1974. According to his LinkedIn page, Bootman also studied at the University of Minnesota. One online profile says that his doctorate is in philosophy.

His official profile reads “Dr. Bootman has been lauded with numerous honors and awards recognizing him for his outstanding lifetime contributions and service to the profession and to society.”

4. Bootman ‘Can Tell You the History of Disneyland & the Best Restaurant in Any City in the World’

He has consistently been picked as one of the 50 most influential pharmacists in America by American Druggist, according to his Bloomberg profile. In addition, he has been published nearly 300 times and wrote the textbook Principles of Pharmacoeconomics. That work has been translated into seven languages and retails in 40 different countries. In 2008, he received the Joseph P Remington Honor Medal, the highest award a pharmacist can get. His biography at the website for the American Journal of Pharmaceutical Education says that “He can tell you the history of Disneyland, the best restaurant in just about any city in the world, and then launch into a robust discussion about genomics.”

5. There Are Less Than 500 Students at the School of Pharmacy

The College of Pharmacy at the University of Arizona was established in 1947. Each fall, 100 student pharmacists are admitted to the school’s exclusive PharmD degree program. At any given time, there are a little over 400 students at the college. It’s one of four health professions colleges at the Arizona Health Sciences Center campus. 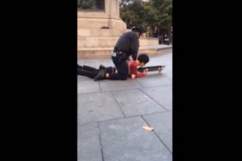