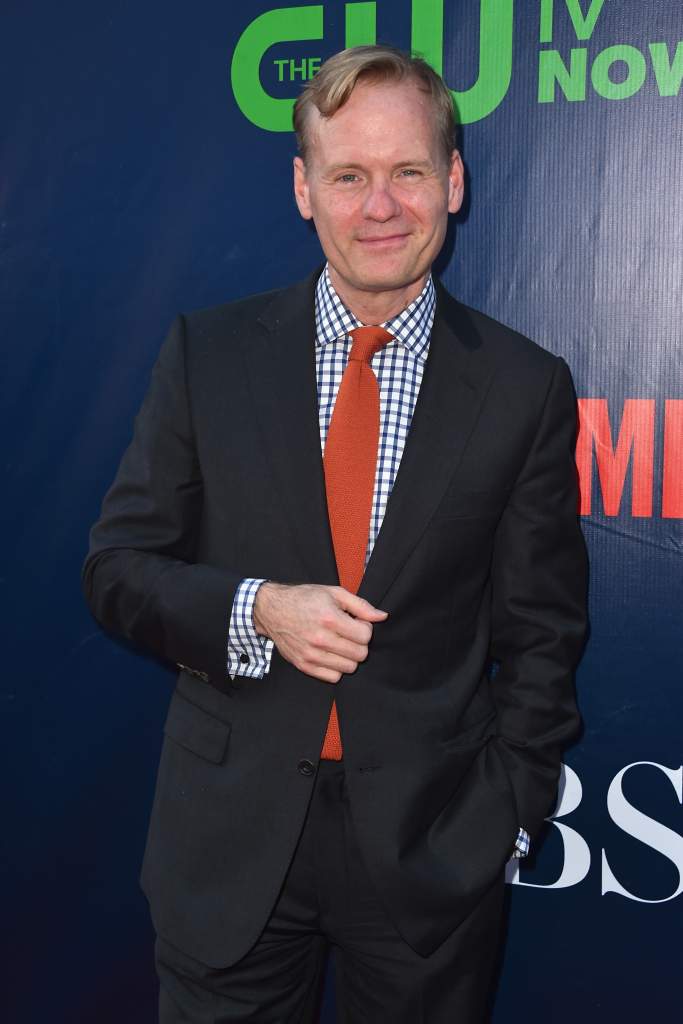 John Dickerson has certainly done his research. To prepare for the Democratic debate tonight, which the CBS anchor will be moderating, he met with all three candidates to discuss issues where they have very different stances, such as gun control, the death penalty and raising taxes.

In addition to meeting with each of the candidates and their campaigns for more than an hour each, he also spoke with three dozen people and organizations outside the campaigns to immerse himself in the issues.

He’s certainly living up to the name coined for him, “Dickersonian,” which refers to his perseverance to dig deep and ask the tough questions. Tune in to the second Democratic debate tonight from Des Moines, Iowa, at 9 p.m. ET on CBS to see how Hillary Clinton, Bernie Sanders and Martin O’Malley handle Dickerson’s questions.

Read on to learn more about Dickerson here:

1. He Has Been a Washington Reporter For Almost 20 Years 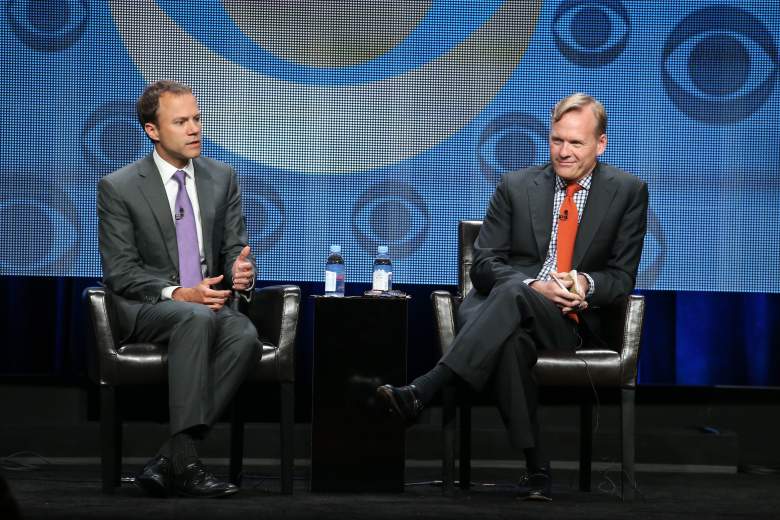 David Rhodes, President of CBS News and John Dickerson, Political Director for CBS News speak onstage during the ‘CBS News’ panel discussion. Dickerson is known for doing tons of research before interviews and having a large knowledge base of politics throughout history. (Getty)

Known for his immense knowledge of history, his strong research and direct reporting style, John Dickerson may be on his way to journalism fame, following in the footsteps of his mother.

Currently, he is the anchor of CBS News’ “Face The Nation,” the number 1 Sunday morning public affairs program. He joined CBS News in April 2009, as an analyst and contributor and was named Political Director in November 2011.

He also previously worked with TIME Magazine covering politics for 12 years and specifically was the White House correspondent, covering the presidency of George W. Bush.

Aside from being a television personality he also works at Slate as a contributor to some of their political podcasts.

Dickerson doesn’t just cover politics though, he wrote a series about risk-takers for Slate, which did not include a single political subject. Dickerson wrote about a musician, rock climber, entrepreneur and a marine general. Part of the series reads,

These risk-takers are alike in one critical way: They are fully alive. For them, risk-taking leads not to a loss of control, but to the opposite. It is the animating and organizing principle that drives every day. As I came to realize, risk-taking is not just about a single big leap. It requires not just momentary bravery, but sustained courage to endure uncertainty and the sometimes lonely experience of living off your imagination and off an idea that may not succeed.

2. ‘Dickersonian’ Refers to His Knack For Asking Questions That Throw People Off Guard 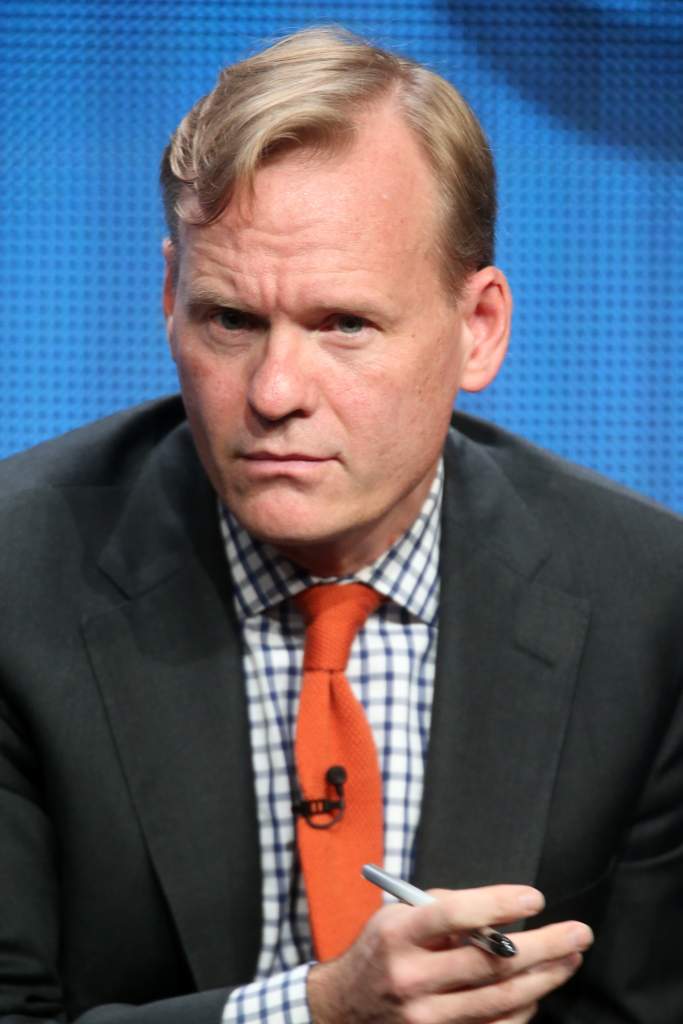 Dickerson has been covering politics for years and his first appreciation to the topic comes from his mother, also a former Washington reporter. (Getty)

Dickerson worked for TIME Magazine before joining CBS and his colleagues there coined the term, “Dickersonian.” He has a knack for asking tough questions that catch his subjects off guard.

He is expected to bring his usual interview tactic to tonight’s debate. In particular, Dickerson said he loves elections and debates because it’s like a circus. He explains in an interview with Parade that the candidates have to not just talk about what they want to cover and really keep the voters at home in mind.

People vote mostly based on the idea, ‘Is this person, when they’re alone in the office making decisions about the world, going to do what I want them to do?’ …’I want them on the problem. Whatever the problem is, I want them on that.’ And how you get to that place is what’s fascinating about elections.

3. His Mother Nancy Was The First Female Television News Star

John Dickerson grew up around politics as his parents often threw parents at their large home where many political figures would attend and Dickerson always had the job of coat checking. (Instagram/ John Dickerson)

Dickerson was always surrounded by the media world with his mother, Nancy Dickerson, being a major Washington news reporter in the 60s. Some of her accomplishments included being the first reporter to speak to President Kennedy after his inauguration, having dinner with LBJ the night after Kennedy was assassinated, and being President Johnson’s favorite reporter who he would address on-camera by saying, “Hello, Nancy.”

But although Dickerson had a media icon as a mother he didn’t really appreciate her work until he was older when he found her journals, letters and newspaper clippings after her death. He wrote a book, On Her Trail, to commemorate his mother. In the summary of the book it says Dickerson rarely saw his mother growing up and his parents, known as one of Washington’s golden couples, got divorced when he was fourteen and he moved in with his dad.

Despite Dickerson’s upbringing he says in a New York Times article he wrote, that he reconciled with his mother a few years before her death in 1997. Some part of his mother must be inside Dickerson because he is now following in her shoes at CBS.

When asked about his mother in a Parade interview and what he learned from her, Dickerson said,

Personally—and professionally too—there were so many hurdles she had. There were hurdles she faced at her job, from men not taking her seriously and people doing things to try to undermine her. She had extraordinary perseverance and determination and grit, which I saw in real time but which you don’t appreciate until you grow up and realize both the difficulty of the job itself and the difficulty of doing that job and trying to balance children and a husband and a house.

4. He Is a Popular Podcast Personality

People enjoy his podcasts because the combination of his strong voice and knowledge of politics is informative and enjoyable. (Instagram/ John Dickerson)

A true media maven, Dickerson contributes to Slate’s podcasts, “The Political Gabfest,” which covers all things currently going on in the political realm, and “The Whistestop,” which chronicles great moments in presidential campaign history.

According to Emily Bazelon, who records “Politcal Gabfest” with Dickerson, “What stands out most about John is his generosity of spirit. He’s a deeply kind person, more than most people, and that translates into his professional life.”

Listeners really seem to enjoy the podcasts as well calling them informative and saying Dickerson really draws them in. Some reviewers on the site, Podbay, provided their opinions on the show.

Reviews on the “Political Gabfest“:


Reviews on the “Whistlestop“:


5. His Family, Religion and Job Keep Him Grounded 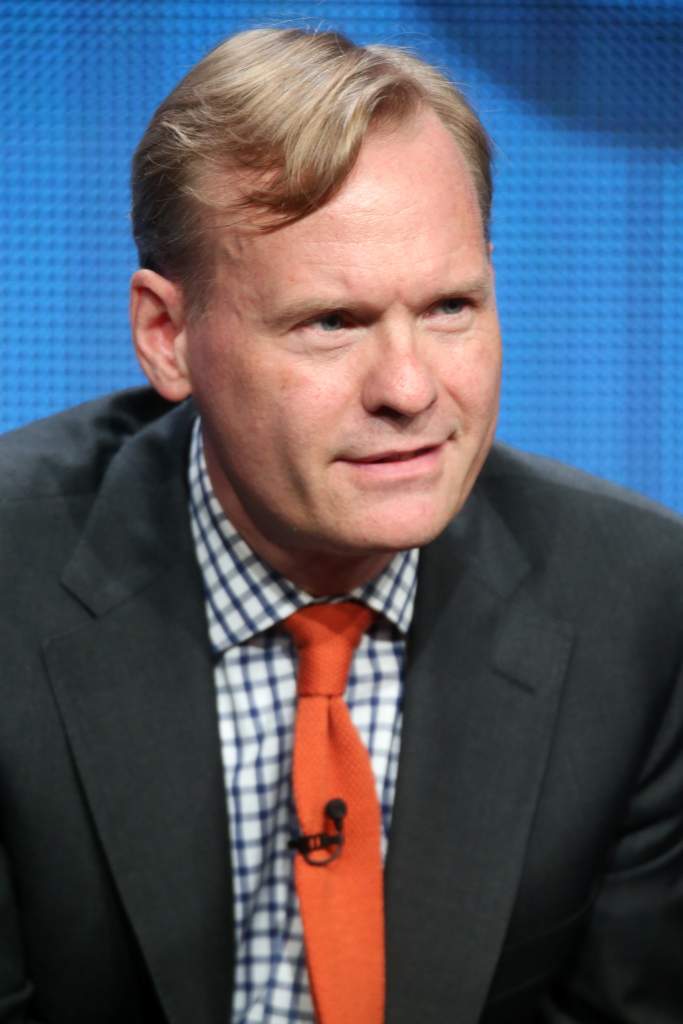 Dickerson also takes his role of family man seriously by making time for his children and wife despite a busy work schedule. (Getty)

Dickerson is married to wife Anne McKeehan and has a daughter and a son. He explains while it is hard to balance his professional and personal lives he works hard at it. He told Parade his family and religion keep him grounded and meeting so many people of different walks of life while reporting is a great reminder of what is truly important in his life.

Family is crucial, because there’s nothing more quickly humbling than trying to raise kids and be part of a marriage and a family…Other than that, reporting out in the country helps keep you in contact with people who live a life different from yours. You’re exposed to people with lots of different fears and challenges and hopes and passions, and that shakes you out of being consumed by your own concerns…Going to church helps too. I go to mass at 5:30 Saturday nights, at the church I went to when I grew up.”

He further explained the important role his faith plays in being a reporter to The Daily Beast, “the most important connection I can see between my faith and my work is that in the progress of my day I try to be restrained and mindful of every person’s humanity and of the overwhelming challenge of pride.”

In an article for Slate, Dickerson talks about coming home to his family after being on the campaign trail for 16 months. He says it’s like coming home to different people and you have to get to know them again, which he strives hard to do. He doesn’t want to have a distant relationship with his children such as the one his parents had with him.

During my absence, I left express instructions that my son was not to approach puberty, but as I tie his tie I am met by his deodorant. He’s wearing something called Axe. They use it to repel rioting crowds, I believe. Once this gets up your nose, it’s like having a Billy Joel song stuck in your head. You can’t get it out…My son is trying to figure out who he is, shaping his identity for the first time. I remember the urgency and confusion of this period. Most of it he’ll have to figure out for himself, but we can help him do that the right way or at least be there to catch him when he stumbles. And hopefully he and his sister will have lots of stumbles because I want them to be braver than I was. But you’ve got to get into position to play this role, which means catching up to these new people I’ve come home to discover. There is no fast way to do this. You can’t sit the kids down for an interview.