Wait, what!? Did anyone see this weird thing in the sky? Or was it just me? #losingmymind #UFOSA pic.twitter.com/azicr1YaVG

The hashtag #UFOSA was trending on Twitter today after numerous people reported seeing a “UFO” in Cape Town, South Africa. According to News24, the unidentified flying objects were described as green orbs floating in the sky. However, only photos — no videos — were taken of the objects.

Here’s another view of the object, in the top of the photo:

Did anyone see this?? I caught a glimpse with my own eyes, didn't get a pic in time. Pic via @gevaaalikdotcom #ufosa pic.twitter.com/i6Tukoe33g

Not everyone’s impressed, however:

All of this talk about #UFOSA… And not one single video. Come on people. Learn how to use your smartphones.

Some people think something strange is going on, but others believe that with so few photos available and no videos, it’s likely just a plane flying by that was misidentified. What do you think? 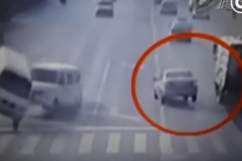 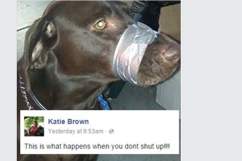