An award-winning Virginia police detective who investigated sex crimes fatally shot himself Tuesday before could be arrested on charges he was sexting young boys.

Manassas City Police Detective David Abbott Jr., 39, refused to surrender to police at his home in Gainesville when they tried to take him into custody, according to the Prince William County Police Department.

Abbott met the victims while coaching in a local youth hockey league, police said. He is described as a “longtime” coach of the Prince William Hockey Club on the team’s website.

Police said in a press release that Abbott barricaded himself in his home, leading to the evacuation of nearby houses. While he was talking with detectives he pulled out a gun and shot himself. He was pronounced dead at the scene.

Detectives began investigating David Abbott on Monday after one of the victims, a 13-year-old boy, reported the inappropriate contact, the Prince William County Police said in a press release.

“The investigation revealed that the accused was a coach for a local Prince William County hockey league where he had met the victim,” police said in the press release. “Detectives learned that the inappropriate contact between the accused and the victim began in June of 2013 when the victim was 11 years old. The contact consisted of soliciting sexual acts via phone, text, social media and email. The accused also had face to face interactions with the victim.”

According to police, the detectives also learned of a second male victim, who also met Abbott through the hockey league and “had inappropriate communication with the accused,” starting in June 2008 when the boy was 13.

Police obtained a search warrant for Abbott’s home, which the detectives were attempting to serve on Tuesday.

Detectives also had arrest warrants charging Abbott with two counts of indecent liberties by a custodian and two counts of use of a communications device to solicit sexual offenses.

2. He Worked on the Local ‘Internet Crimes Against Children Task Force’

Abbott was a sex crimes investigator for the Manassas City Police Department.

“This is a tragic and sad day for the Abbott family, the juvenile victims and their families, the Manassas City Police Department, and our community,” Manassas City Police said in a statement. “In spite of these recent developments regarding the serious allegations against him, we are grateful for the contributions Det. Abbott made during his time with Manassas City Police, to include the prosecution and conviction of hundreds of criminals. His family and peers request privacy during this time as we grieve and struggle to accept the realities of such a loss.”

The department said they are “mourning the loss” of the officer.

3. He Tried to Take Photos of a Teen’s Erect Penis During a Sexting Investigation Last Year

Abbott was previously embroiled in controversy when he attempted to take photos of a teen’s erect penis as part of a sexting investigation in 2014.

According to a Washington Post article from July 2014, the case involved sexually explicit photos taht were sent to a 15-year-old girl by a 17-year-old boy.

Abbott was the lead investigator in the case. After obtaining one set of photos of the boy’s genitalia, he filed for a search warrant saying he needed photos of the 17-year-old’s erect penis to “use special software to compare pictures of this penis to this penis,” the boy’s lawyer told the Post.

“Who does this? It’s just crazy,” the lawyer, Jessica Harbeson Foster, told the newspaper.

The case went to trial in August 2014 and the teen was placed on probation, the Post reported.

4. He Dropped His Libel Suit Against the Teen’s Lawyer in November

Abbott sued the lawyer for the teen in the sexting case, Jessica Harbeson Foster, for libel, after he took offense to her quote calling him crazy. He dropped the case in November, the Washington Post reported.

Abbott claimed in the lawsuit that the statement from the lawyer asserted an “unfitness to perform the duties of his office or employment,” and harmed his reputation. He said he had to undergo counseling and receive medication for emotional distress, depression and nausea as a result of the lawyer’s statement.

5. He Won an Award for ‘Integrity in Investigative Work’ in 2013

Abbott was awarded one of the Manassas City Police Department’s highest honors in 2013, the Hillary Robinette Award, which is for “integrity in investigative work,” according to the city’s website.

The award was given for his investigation of a series of sexual assaults involving students that occurred in the 1990s. The investigation began in 2011 and led to the arrest of a suspect on charges of forcible sodomy against a jvenile.

“Master Detective Abbott was contacted by multiple victims of this suspect detailing abuse over a period of three decades,” the city said in a 2013 press release. “After hundreds of hours of interviews, follow-up investigations, multiple search warrants and countless pieces of evidence to examine, a 63-count indictment was handed down against the suspect. In June 2012 the suspect pled guilty to the charges and was sentenced to 80 years in prison.”

The city said in its press release on the award, “Through Detective Abbott’s efforts and detailed investigation work, a serious sexual predator was taken off the streets.” 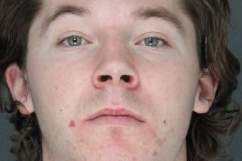