The Los Angeles Times says the pardon effectively clears the Ironman actor’s criminal record. Downey, 50, battled drug and alcohol addiction for several years, but says he has been sober since 2003. He was arrested several times on drug-related charges from 1996 to 2001, spending a total of one year and three months in prison.

Brown continued a Christmas Eve tradition of granting clemency to men and women who served time in prison for mainly nonviolent offenses. Downey was one of 91 people to receive a pardon this year. Many of the pardons are for people convicted of a drug crime that is no longer a felony in California, according to the Times.

Downey completed his parole in 2002. The first step toward a pardon was completed by the actor in October, when he received a letter from a judge declaring him to be an “upstanding citizen,” according to the pardon. The judge said Downey has “lived an honest and upright life, exhibited good moral character, and conducted himself as a law-abiding citizen.”

Downey applied for the pardon to have a full restoration of the rights of citizenship.

Brown says “by completion of his sentence and good conduct in the community of his residence since his release,” Downey “has paid his debt to society and earned a full and unconditional pardon.”

According to the governor’s office, a “gubernatorial pardon may be granted to people who have demonstrated exemplary behavior and have lived productive and law-abiding lives following their conviction. Pardons are not granted unless they are earned.” 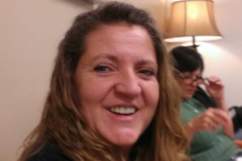 Loading more stories
wpDiscuz
1
0
Would love your thoughts, please comment.x
()
x
| Reply
Robert Downey Jr., who spent time in prison in the 1990s after being convicted of drug offenses, has received a pardon from California Governor Jerry Brown.