Police in Janesville, Wisconsin, say 15-year-old girl was sexually assaulted at a Donald Trump rally in the town on the night of March 29. Footage from the incident, which occurred outside of a Holiday Inn express, also shows Alex Drake being pepper-sprayed after she confronted Trump boosters and threw a punch. She’s heard in the video accusing a man of touching her chest.

ABC News reports that police in the town are looking for two suspects in relation to the incident. Another woman, 19, from Madison, Wisconsin, also caught some pepper spray. An eyewitness, Michelle Velez, told the network that she saw Drake throw a punch before being pepper-sprayed.

The Janesville Police Department is seeking the public’s help in locating this man, who is wanted in relation to the incident:

The day before the pepper-spraying, a group of anti-Trump supporters were arrested at the Holiday Inn Express where the GOP frontrunner had been due to speak on the afternoon of March 29, reported the Janesville Gazette.

Corey Lewandowski , right, with his wife, Alison Lewandowski, and their son. (Facebook)

This came on the same day that Trump’s campaign manager, Corey Lewandowski, was officially charged with assault in relation to an incident that occurred between him and reporter Michelle Fields in February. 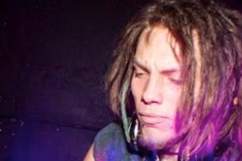 Loading more stories
wpDiscuz
12
0
Would love your thoughts, please comment.x
()
x
| Reply
Police in Janesville, Wisconsin, say a 15-year-old girl was sexually assaulted and pepper-sprayed at a Donald Trump rally on the night of March 29.