Dylan VanCamp , 22, of Wisconsin, is accused of waterboarding his girlfriend to find out if she was cheating on him, prosecutors say. (Merrill Police)

A 22-year-old Wisconsin man with a history of domestic violence is accused of waterboarding his girlfriend to try to find out if she was cheating on him with someone she met online, police say.

Dylan VanCamp, of Merrill, was charged with six felonies, including strangulation and suffocation, stalking and bail jumping, according to online court records.

The woman says VanCamp covered her mouth with a wash cloth before dumping three cups of water on her face, according to the criminal complaint obtained by WAOW-TV.

VanCamp pulled her from the shower by the hair, pushed her onto the bed and then began the waterboarding, police said. She told police she had a “hard time breathing and felt as if she was drowning.”

1. She Told Police He Also Threatened to Torture Her With Pliers & Strangled Her Until She Felt Like She Was ‘Floating on Air’

The woman told police the waterboarding was part of ongoing abuse during their 8-month relationship, according to court documents obtained by WAOW-TV.

She said he once angrily threw a salad fork at her while they were watching a movie and it stuck into her shin.

He also grabbed pliers and told her “one thing has to go: a tooth or a nail,” but did not do anything, according to the complaint.

She also accuses him of punching her, kicking her and choking her to the point she “felt like she was floating on air.”

2. She Told Police She Was Afraid of VanCamp So She Waited to Report the Alleged Abuse

The woman did not report the abuse until January, when she told authorities. According to the criminal complaint, which you can read here, she said she was fearful of VanCamp and that is why she waited.

VanCamp and the woman dated from May 2015 until December 2015, but never lived together, according to the complaint.

He was arrested in February by the Merrill Police Department after they investigated.

3. VanCamp Was Convicted of Strangulation & Battery in a 2013 Domestic Abuse Case

VanCamp after a previous arrest.

VanCamp has been convicted of domestic violence charges in the past, according to online court records.

In 2013, he was pleaded no contest to felony strangulation and suffocation, battery and disorderly conduct. He served 42 days in jail and was sentenced to three years probation.

VanCamp also has previous convictions for bail jumping and possession of drug paraphernalia. He is an ongoing case for drug possession.

According to court documents, the woman says that during one of the incidents he said while she was being choked, ” I’m sorry. I’m sorry. I am not going back to prison.”

4. On a Dating Website He Says He Is Looking for a First Date That Leads to a ‘2ed’ Date

VanCamp has a profile on the dating website PlentyofFish.com. He says he is looking for, “A first date that leads to a 2ed date.”

In the about me section he writes, he likes “out door stuff,” to “live life,” and says “I’m me no one else.”

VanCamp says he has a high school education and works as a lead technician.

5. He Is Being Held at the Lincoln County Jail & Will Appear in Court for the First Time March 16

He is set to appear in court for the first time March 16. 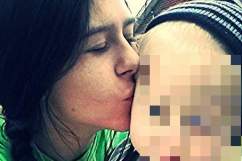 Read More
5 Fast Facts, Breaking News, Crime, Police, Wisconsin
A 22-year-old Wisconsin man is accused of waterboarding his girlfriend to figure out whether she was cheating on him.