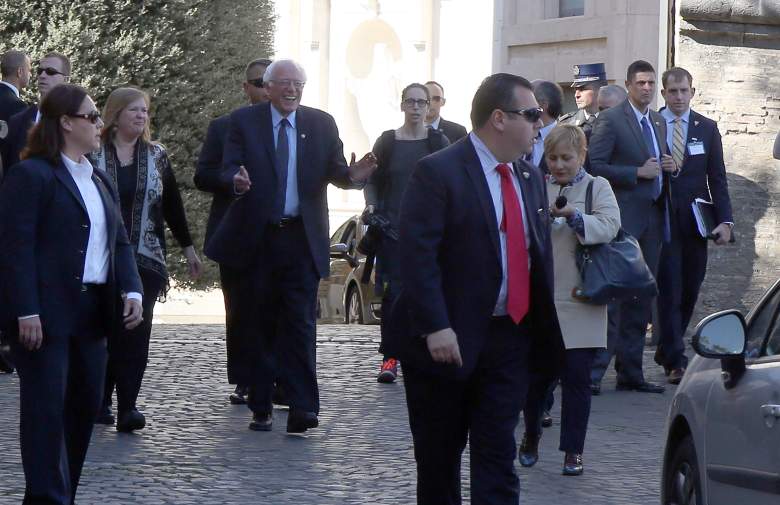 Democratic presidential candidate Bernie Sanders and his wife Jane leave after a conference of Pontifical Academy of Social Sciences on April 15, 2016 in Vatican City, Vatican. (Getty)

Sen. Bernie Sanders met with the Pope while he was in the Vatican on Saturday. But does that mean that Pope Francis endorsed Bernie Sanders? No, it does not. The Pope did not endorse Bernie Sanders and both have said the meeting had nothing to do with politics.

The Pope Asked to Meet with Sanders Before Leaving for Greece

Yes, Bernie Sanders met with the Pope for a few minutes on Saturday. They met briefly, for just a few minutes, at the Vatican on Saturday before Pope Francis left for Greece. Sanders told the press that this meeting was not political in any way,CNN reported:

“I just wanted to let him know how appreciative I was and the extraordinary role he’s playing throughout the world in raising consciousness about massive levels of income and wealth inequality.”

Sanders would not tell the press what the Pope said to him, saying that he’d rather keep that to himself. They did not want the meeting to be political, so no photos were taken.

The meeting took place in a hallway at the Casa Santa Marta, a Vatican residence where Sanders and his wife, Jane, were staying.

Jeffrey Sachs, an economist and professor at Columbia who was at the meeting, said that Sanders got word the night before that the Pope wanted to see him before he left for Greece.

Pope Francis also spoke about the meeting later on Saturday. They shook hands and the Pope said it was all good manners. But he emphasized that greeting someone does not mean getting involved in politics, The New York Times reported. No, he was not endorsing Sanders.

The Pope told reporters, while laughing: “When I came down, I greeted them, shook their hands and nothing more. This is good manners. It’s called good manners and not getting mixed up in politics. If someone thinks that greeting someone means getting involved in politics, I recommend that he find a psychiatrist.”

The Pope isn’t involved in U.S. politics and he’s not endorsing any candidate. 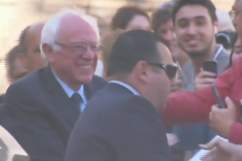