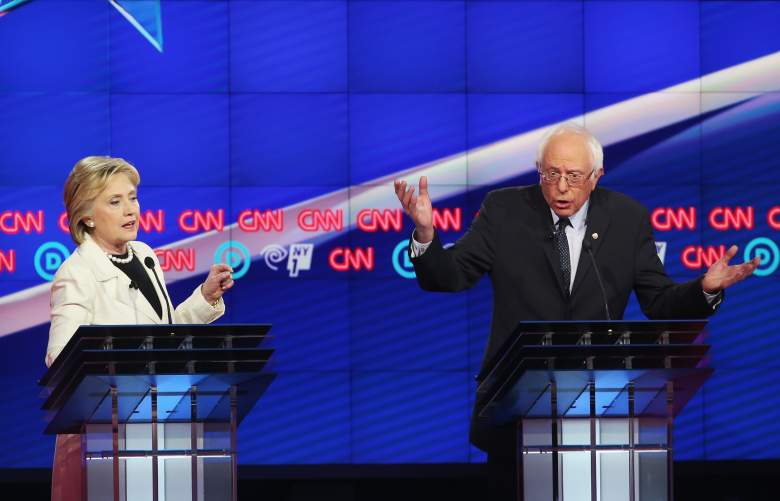 Hillary Clinton has a narrow lead on Bernie Sanders in Indiana. (Getty)

After five primaries on April 26, the Democratic candidates have just one state on deck within the next week. The Indiana primary takes place on May 3 and has 83 delegates at stake.

The early Indiana polling data has Hillary Clinton with a narrow lead on Bernie Sanders. According to RealClear Politics, Clinton has an average lead of 4 percentage points in the early polls.

Sanders faces an uphill climb to comeback in the race. The delegate math favors Clinton by a wide margin. The Democratic delegates are divided proportionally based on primary results which makes it difficult for Sanders to make up a lot of ground at once.

Here’s a look at the latest Indiana Democratic polls.

The CBS News/YouGov poll was conducted April 20-22. It has a margin of error of 8.2 percentage points.

The FOX News poll was conducted April 18-21. It has a margin of error of 4.0 percentage points.

The WTHR/Howey Politics poll was conducted April 18-21. It has a margin of error of 4.5 percentage points.

Loading more stories
wpDiscuz
4
0
Would love your thoughts, please comment.x
()
x
| Reply
Hillary Clinton and Bernie Sanders are in a tight race in Indiana. Find out all the details on the latest Democratic polling numbers.