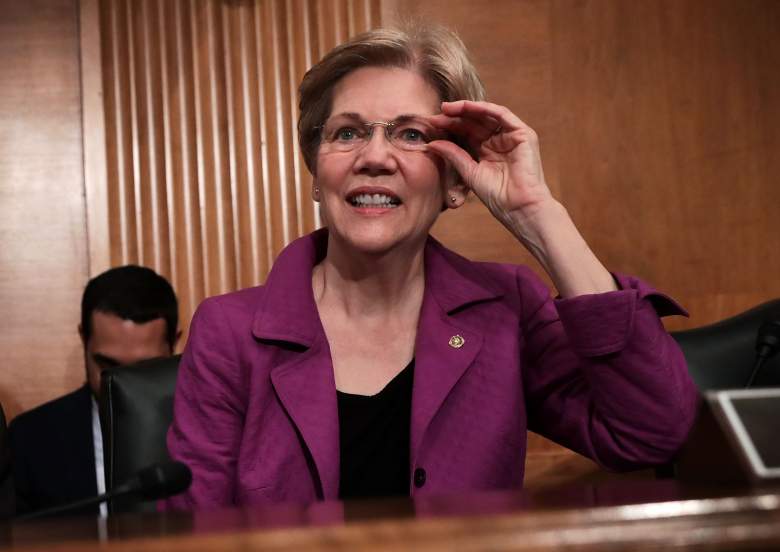 Elizabeth Warren, at a Senate hearing in April, had been a short-list veepstakes candidate for both Hillary Clinton and Bernie Sanders. (Getty)

Elizabeth Warren, the prominent Democratic Senator from Massachusetts, made headlines for her biting war of words with presumptive Republican presidential nominee Donald Trump.

Trump has accused Warren of backing down from entering the U.S. Presidential race because of fraudulent claims to Native American heritage. Warren lashed back at Trump for his “pathetic” inability to focus on real issues.

This isn’t Warren’s first time striking back at a Republican presidential hopeful: in April she lambasted ‘whiner’ Ted Cruz after he detailed in a campaign fundraising email the personal sacrifices he has had to make running for the highest office.

This war of words came amidst rumors that Warren was a short list VP candidate for both Democratic presidential nominee hopefuls Hillary Clinton and Bernie Sanders. In May POLITICO reported that before U.S. Vice President Joe Biden opted out of a run for president in the 2016 election, Warren was his choice for running mate.

While ultimately Warren was not chosen in Clinton’s veepstakes, her rise in the Democratic party and ability to strongly hit back against Republican candidate attacks make her a strong voice in support of Clinton’s presidential fight.

Here’s what you need to know about Elizabeth Warren:

1. Warren Is A Former Law Professor at Harvard & Is Married to Her 2nd Husband 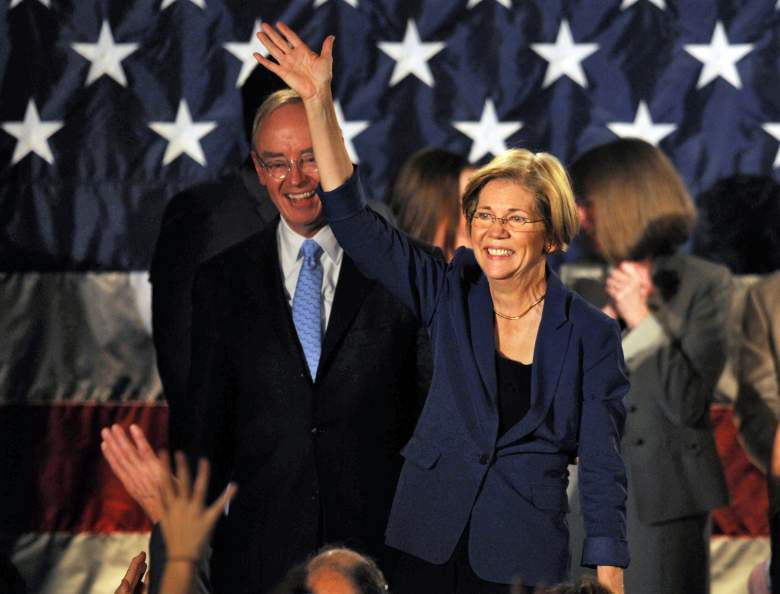 Warren and her second husband, Bruce Mann, after she was elected Senator of Massachusetts in 2012. (Getty)

Warren, 67, married childhood sweetheart and Apollo moon program NASA engineer Jim Warren when she was 19. The couple had two children together, Amelia in 1971, and Alexander in 1976, but divorced in 1978. Amelia and her husband have three children.

In 1980 Warren was remarried to Bruce Mann, a professor at Harvard Law School and historian. The couple do not have any children together.

Of her 30 years as a law professor, 20 were spent as Leo Gottlieb Professor of Law at Harvard Law School. During her time at Harvard she taught courses in bankruptcy, commercial law, and contracts. Her excellence in teaching earned her the Sacks-Freund Award twice-bestowed by the graduating class, and according to the Boston Globe she gained a reputation as an engaging teacher who was demanding but fair to her students. In addition to her teaching duties, Warren authored ten books and more than one hundred articles during this time.

2. She Was Elected as a Senator From Massachusetts in 2012 & Has Quickly Become a Prominent Voice in the Democratic Party Leader 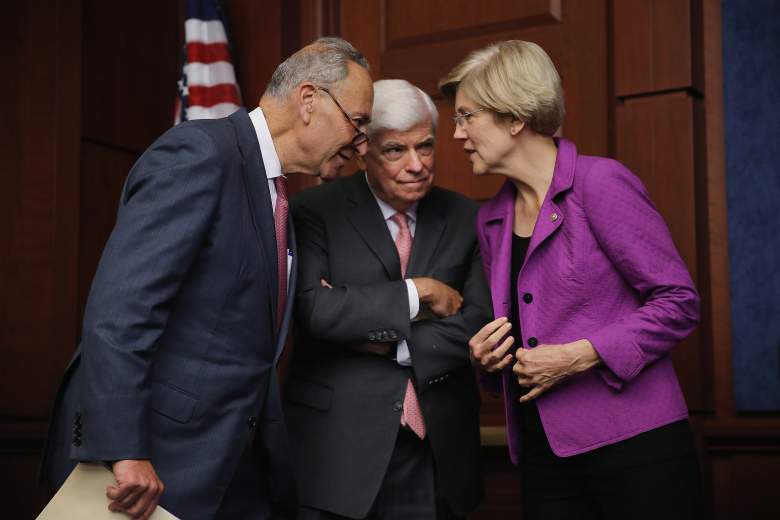 Even before she was elected Senator, Warren served as Chair of the Congressional Oversight Panel for the Troubled Asset Relief Program (TARP) and created the Consumer Financial Protection Bureau in 2011. Authorized by the Dodd-Frank Wall Street Reform and Consumer Protection Act, the Bureau aims to provide additional protection from consumer abuse in the wake of the financial crisis of 2007-08. Although a Republican vow to block Warren influenced President Obama’s decision not to charge her with leading it, her creation of the Bureau earned Warren significant respect in the Obama administration.

In the four years since taking office, Warren has shown herself to be an increasingly prominent member of the Democratic Party. Named one of TIME’s 100 Most Influential People of 2015, her popularity in the Democratic party is most obvious in her significant success fundraising and campaigning on behalf of Democrats in this year’s elections. With multiple prominent Democratic office-holders retiring this year, she is filling a leadership void and has largely become the unofficial voice of the party.

3. Her Character Has Been Called Into Question Over Claims to Native American Ancestry


During the Senate race in 2012, Warren was criticized by Republican opponent Scott Brown for claiming Native American heritage but not allowing access to her personnel records to substantiate this claim. Brown suggested that Warren may have made this claim to gain professional advantage while employed at Harvard. The question of Warren’s character opened the September 2012 debate between the candidates:

Warren continues to be dogged by challenges to her heritage claim, an issue again brought to the forefront last week when Trump accused her of being a fraud. During a campaign rally in Oregon on May 7, Trump stated about Warren:

Then, in a twitter tirade against Warren the following day, Trump again called into question Warren’s claim of having Native American ancestry, and suggested that her “phony heritage” stopped her from entering the U.S. presidential race. The full tweets can be read here.

4. Warren Is Wealthy by National Standards, but Positions Herself Outside the Political Elite 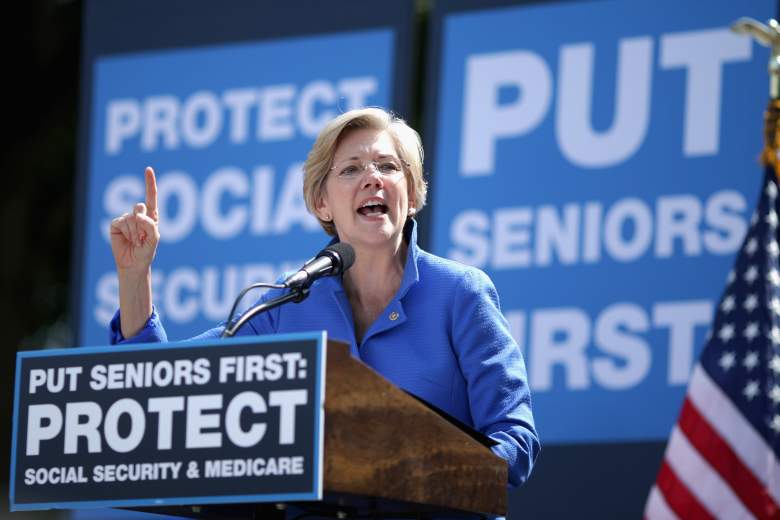 According to CNN, in 2015 Warren’s average net worth, including her $5 million home, retirement accounts and mutual funds, was $8.75 million. However in the lead up to the 2012 Senate race, her Personal Financial Disclosure form puts this number much higher – at $14.5 million. Tax returns show that while a professor at Harvard Warren earned a salary of $430,000 per year, and as Senator she now earns a salary of $174,000 per year. Additional income streams include royalties and an advance from various book deals.

Although her income and net worth make Warren part of the national one percent, her fight for the middle class with regard to financial reform has made her an appealing leader among the 99 percent. While Warren’s wealth is high in comparison to national standards, according to POLITIFACT it is still significantly less than many other members of the House and Senate.

In a 2012 MSNBC interview with Lawrence O’Donnell on why Senators should not own stocks, Warren stated:

5. She Was Rumored to Be on Both Hillary Clinton & Bernie Sanders’ Short Lists for Vice President 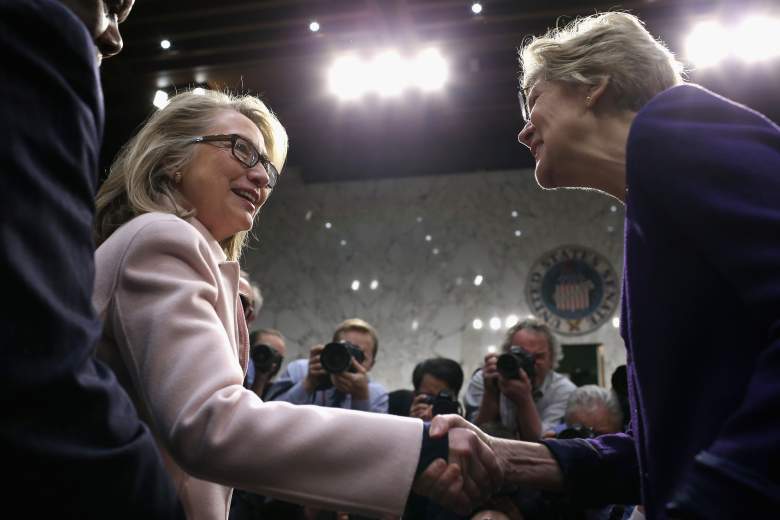 Although a fake New York Times webpage falsely claimed in March that Warren had endorsed Sanders for president. In March, Warren addressed the question of when she would announce her endorsement during a Quora Q&A session, when she stated:

“There’s a really important debate happening in the Democratic Party right now […] I haven’t said yet who I’m supporting because I think that debate is important and at this point don’t want to tip the scales.”

The Observer suggested that, considering Warren’s leadership role within the Democratic party, delaying her endorsement of either candidate could have served to strengthen the case for unifying party support behind her backing as the Democratic National Convention neared. It was suggested that the delayed endorsement from Warren may have also reflected the fact that according to Vice Clinton and Sanders had both identified Warren as a possible running mate. The POLITICO report that Vice President Joe Biden had chosen her as his running mate while still considering a run for office is further evidence of Warren’s wide appeal as a vice presidential pick within the Democratic party.

Ultimately Warren chose to endorse Clinton on June 9 during a segment with the Rachel Maddow Show on MSNBC. During her interview with Maddow, Warren pledged her support for Clinton, stating:

I’m ready. I am ready to get in this fight and work my heart out for Hillary Clinton to become the next president of the United States — and to make sure that Donald Trump never gets anyplace close to the White House.

In the same interview, Warren also told Maddow that if she were selected to be the Democratic vice presidential candidate, she felt she would be prepared to serve as commander-in-chief if required.

Many supporters of Bernie Sanders were disappointed by Clinton’s choice of Senator Tim Kaine for her vice presidential running mate, hoping that if they couldn’t have their presidential nominee of choice they could at least be satisfied with a Clinton-Warren ticket that appeals to both moderate and left Democrats. 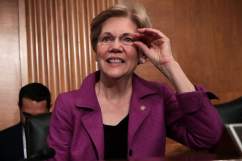