An Amber Alert was issued Thursday for a missing 15-year-old girl who was last seen bleeding and screaming for help as she was dragged across an overpass in Vallejo, California, by a 19-year-old man.

Castro was found Thursday afternoon and was killed in a shootout with police. Pearl has not yet been located.

She was described by police as white, with brown eyes and green hair, standing about 5’3″ tall and weighing 130 pounds.

“Pearl was last known to be wearing a grey sweater and black leggings. Her hair is dyed green. Pearl may be in need of medical attention,” police said.

1. Castro Was Chased Into a a Trailer Park & Was Cornered by Police

Fernando Castro’s car was spotted by police on Thursday in Santa Barbara County.

The Solano County Sheriff’s Office said on Facebook. “Suspect involved in pursuit and possible shoot out. At this point the missing teen has not been located.”

According to KEYT-TV, the car was spotted at about 3 p.m. local time. The California Highway Patrol began chasing the car, along with air support.

At about 3:30 p.m., Castro ditched his car in a trailer park in the area of Val Verde and Fjord Drive in Solvang, KEYT reported. A reverse 911 call was made to residents in the area, telling them to stay inside their homes.

Castro was cornered by police in the trailer park and got into a pickup truck, trying to escape. He was fatally shot during an exchange of gunfire with police while sitting in the driver’s seat of the truck. 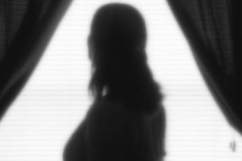 2. A Witness Heard a Gunshot at the Scene of the Apparent Abduction, Police Say

The incident occurred at about 7 a.m. Wednesday when the Solano County Sheriff’s Office said they received several calls of shots fired in the area of the Interstate 780 pedestrian overpass that leads from Home Acres to Taylor Avenue in Vallejo.

“A witness reported seeing a white female being pulled by a Hispanic male on the over-crossing. The females face was bleeding and she was yelling for someone to help,” the sheriff’s office said in a press release. “The Hispanic male had a firearm in his hand. As the witness ran for help, a shot was heard. Upon arrival, Deputies found what appeared to be blood on the ground; however, no one was located in the area.”

Police said they do not know if Pearl was shot. 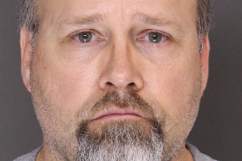 3. Pinson & Castro Knew Each Other Before the Incident on the Overpass

Missing Vallejo Teen Being Pulled By Man With GunPearl Pinson was last seen on Wednesday morning at the I780 pedestrian overcrossing in Vallejo with blood on her face.2016-05-26T06:28:22.000Z

Pearl Pinson knew Fernando Castro before the incident Wednesday morning, police told KCRA-TV. But investigators said it did not appear that she went with him willingly.

Details of how Pearl knew Castro have not yet been made public.

4. She Was Reported Missing After She Didn’t Show Up at School

Police first connected Pearl Pinson to the incident on the highway overpass after she was reported missing by her school when she failed to show up Wednesday, the Solano County Sheriff’s Office says.

5. The Amber Alert Was Issued Thursday After Police Received Information About the Vehicle Castro Was Driving

Police did not issue an Amber Alert immediately because the incident did not meet all the criteria, specifically that they did not have a vehicle description. Once they learned the description of the vehicle Fernando Castro was driving, the issued the alert, on Thursday.

But police had been searching for Castro and Pearl Pinson, and distributed information to the media.

“We are very concerned,” Deputy Christine Castillo told KTXL-TV. “Our number one priority right now is reaching out to our community, asking for their help and finding Pearl.” 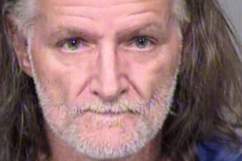 Read More
5 Fast Facts, Amber Alert, Breaking News, California, Crime, Police
An Amber Alert has been issued for Pearl Pinson, 15, who was last seen screaming for help as she was dragged off an overpass by Fernando Castro, 19, police say.