Rowanne Brewer Lane found herself in the news this past weekend for the first time in decades. The The New York Times published a piece on Donald Trump and his history with women. The article opened with an anecdote about the first time Lane, a former model who was once Trump’s girlfriend, met Trump at a party in 1990.

The Times described a pool party thrown by Trump where he had Brewer put on a swimsuit, brought her back out and referred to her as a “stunning Trump girl,” an interaction they called “a debasing face-to-face encounter between Mr. Trump and a young woman he hardly knew.”

Lane, however, has taken to the media to make her thoughts on both the Times piece and Trump known, thrusting herself back into the public eye.

1. She Said She Felt Flattered By Trump’s Comments & Deceived By the Times

Lane says she has no issues with what Trump said at the time. (Instagram)

Lane quickly rushed to Trump’s defense, telling Inside Edition that when he called her a stunning Trump gal, she “was flattered by that comment, I was shocked and flattered.” She also alleges that she also told the Times that she felt flattered. She described Trump as “gentlemanly” when discussing their relationship, and told Inside Edition with regards to his general treatment of women:

I never saw Donald be disrespectful to a woman, I met a lot of women when I was with Donald, a lot that worked with him, for him, and a lot that did not and he was very graceful to every one of them.

When the article came out, Lane says she felt “betrayed and deceived,” feeling as if it was made to be a more negative encounter and experience. She also said she believes that media outlets are “reaching for straws” with regards to decrying Trump’s treatment of women.

2. She Left Trump To Become an Actress in Los Angeles

A move to Los Angeles prompted a break up between Trump and Lane. (Instagram)

Though Lane has many positive thoughts on the presumptive Republican nominee, the romantic relationship did not last. The break-up wasn’t, however, related to anything Trump did. According to Inside Edition, what sparked the break was Lane’s move to Los Angeles, hoping to transition from modeling to a career in acting.

Her IMDb page suggests a struggle finding acting work. Other than a role in the 1992 Corey Feldman vehicle Round Trip To Heaven, Lane only found two other small roles in TV programs such as Murphy Brown. Getting on television proved difficult… until this week’s appearances on multiple cable news networks.

3. Lane Was a Miss USA Contestant & a ‘Star Search’-Winning Spokesmodel

This is from several years ago in the Sport magazine swimsuit edition but the look on my face says it all. Pretty much how I felt all day. I can still give the same looks…

Lane may not have found her calling as an actress, but she found other levels of success in the modeling world. In 1988, she had the honor of winning being the Maryland delegate of that year’s Miss USA competition. Her efforts landed her an impressive top ten finish, ultimately losing to Miss Texas Courtney Gibbs.

In 1989, she continued her success as a model — only this time as a spokesmodel. She appeared on the long-running talent show Star Search competing as a spokesmodel. She won and appeared on the program multiple times. These times in the spotlight helped propel Rowanne to success as a model, which ultimately led her to a pool party thrown by Trump.

4. Other Partners of Hers Include Gigi Hadid’s Father

Rowanne was engaged to Mohamed Hadid for several years in the 90s. (Instagram)

A model with television appearances has her pick of socialites and billionaires, and Rowanne was no exception. Trump was not her only rich partner. After her relationship with him, she dated Mohamed Hadid. Though he may not be a household name, Hadid is a billionaire real estate developer known for his work developing houses in the Bel Air area in California.

Hadid might now be more well-known to younger audiences as the father of Gigi Hadid, a 21-year-old fashion model. Hadid’s mother Yolanda was Mohamed’s wife after he and Rowanne were engaged.

5. She Has 1 Daughter From Her Marriage with Jani Lane 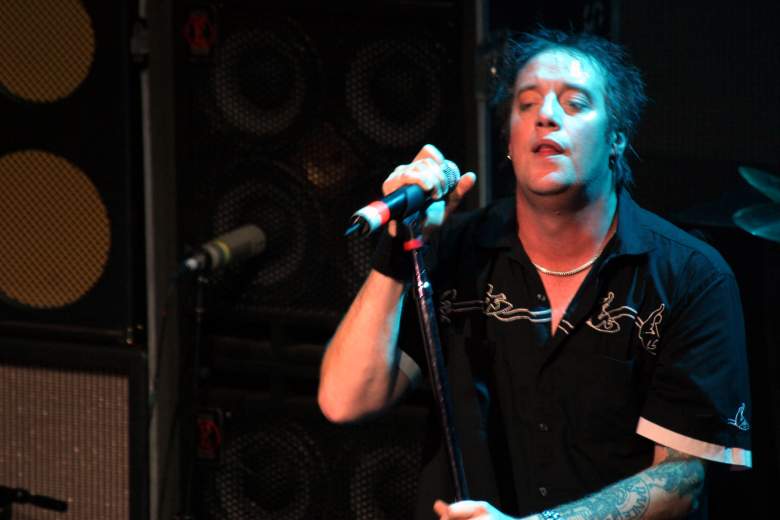 Lane’s most substantial relationship was with her former husband Jani Lane, best known as the lead singer for hair metal band warrant, famous for such songs as “Cherry Pie.” The two were married in 1996. One year later, Lane gave birth to a daughter, Madison. According to Inside Edition, Rowanne and Madison live together in North Carolina. The two separated in 2004, and were divorced in 2005.

Read More
Donald Trump, Gigi Hadid, New York Times
wpDiscuz
0
0
Would love your thoughts, please comment.x
()
x
| Reply
Donald Trump's ex-girlfriend is in the spotlight after bashing the New York Times for an article about him.