A Michigan driver suspected of slamming his pickup truck into a group of bicyclists in Kalamazoo, killing five people and seriously injuring four others, has been charged with five counts of second-degree murder

Pickett is accused of acting with “intent to kill, to do great bodily harm, or to act in wanton and wilfull disregard of the likelihood that the natural tendency of said act would cause death or great bodily harm.”

Authorities said the driver fled from the scene after the crash, but it did not take police long to track him down. The incident occurred at about 6:35 p.m.

They were all part of a bicycle group that was about five miles into a 28.5-mile ride across Kalamazoo County.

The crash is the deadliest to involve cyclists in recent memory nationwide, the Pedestrian and Bicycle Information Center at University of North Carolina told MLive.com.

1. Police Were Looking for Pickett’s Pickup Truck After Multiple 911 Callers Said He Was Driving Erratically

Police had been looking for Charles Pickett’s blue pickup truck in the 26 minutes before the crash after multiple 911 callers reported seeing him driving erratically, MLive.com reports.

The calls were made to Kalamazoo city police, Kalamazoo Township police and the Kalamazoo County Sheriff’s Office.

According to WOOD-TV, the first call was made to city police at 6:08 p.m., followed by a second call to the sheriff’s department at 6:13 p.m. and a third call to Kalamazoo Township police at 6:21 p.m.

Officers were looking for the truck, but had not spotted it.

“This was a moving target,” Kalamazoo County Prosecutor Jeff Getting said at a press conference Tuesday night.

Police have not yet determined if the suspect was under the influence of alcohol and/or drugs at the time of the crash. Investigators are awaiting the results of blood tests, Getting said.

Pickett’s pickup truck crashed into the bicyclists from behind as they rode northbound. He was driving in the same direction, Kalamazoo County Prosecutor Jeff Getting said at a press conference.

“I seen a Dodge Ram fly past me coming past my house and I seen a blue truck spin around and land in someone’s yard. It hurts me hearing about this stuff. I live right down the road and it hurts me. It’s not good. I’m glad they got the guy. They caught him from running and I hope all the others ones live,” witness Markus Eberhard told WWMT-TV. 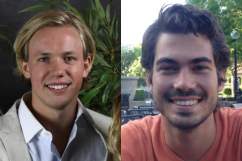 2. He Has a History of Traffic Offenses in Tennessee, Including a DUI Charge

Pickett has a short criminal history, but was legally able to drive, sources told WOOD-TV.

Full details of his record were not immediately available.

Pickett has also lived in Dayton, Tennessee. According to public records, he was charged in July 2012 with speeding in a work zone with workers present after a crash in Hamilton County, Tennessee. He was also charged with financial responsibility in that incident.

According to WOOD-TV, he was charged in Rhea County, Tennessee, in February 2011 for driving under the influence, but the charge was later dismissed in August 2011.

Authorities said he has a clean driving record in Michigan. 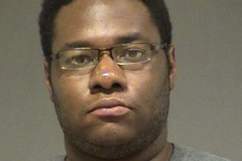 3. The Bicyclists Were Part of a Group Called the ‘Chain Gang’

The bicyclists were all part of a group called the “Chain Gang” who would ride together on summer nights, according to MLive.com.

More than 500 people participated in a “Ride of Silence” Wednesday night in Kalamazoo to remember and honor the victims.

“I’ve never ridden in a group this large. It is just a powerful moment that I will remember for the rest of my life,” Mark Hagger, who helped organized the ride, told WOOD-TV.

Tim VerDries, a Kalamzoo bicyclist, told the news station, “Everybody knew somebody in that group. There’s a big riding community here pretty much everybody contacts everybody. I mean, the accident happened about 6:36 last night and by time I got home at about quarter to seven, I’d had four or five inquiries about where I was, what I was doing.”

4. Pickett & His Wife Divorced in January & His Facebook Page Was Filled With Angry Posts

Charlie Pickett and his wife divorced in January, according to his Facebook page.

In January he also posted a fake “wanted” poster with his face in it:

WWMT-TT went to Pickett’s home for comment on Wednesday, but said the family threatened to chase a reporter and cameraman off their property with a front end loader and then pursued the news crew in a car after the verbal altercation.

Pickett’s Facebook page sheds little light on him. It is filled with angry posts, sexual jokes and references to drinking.

He wrote in a May 30 post, “Pissed because people only care about their bullsh*t . and of course when sh*t gets tough the feed ya to the wolves.”

5. He Is Not Medically Available to be Arraigned & Faces Up to Life in Prison if Convicted

Pickett is not medically able to appear in court, according to authorities. He is in police custody, but is receiving medical treatment. Prosecutor Jeff Getting said he was not able to disclose any further details. Pickett could be arraigned as soon as Friday, Getting said.

He faces up to life in prison on each of the murder charges.

He is also facing four counts of reckless driving causing serious impairment for seriously injuring the four other bicyclists.

“The filing of formal charges is the only first step in the judicial process. “The investigation is not over and the police will continue to gather information on what lead up to this crash,” Kalamazoo County Getting said in a statement. “As members of the Kalamazoo community we have all been dealt a devastating blow by the deaths and injuries of so many innocent people. Our hearts are saddened for the victims, their families and friends who are trying to cope with this tragedy. As a community, we must reach out to them and give them our support as we all struggle to deal with what has happened.”

Getting said the bicycle crash is the latest tragedy to hit Kalamazoo, referring to the February 20 shooting spree that left six dead and two others injured.