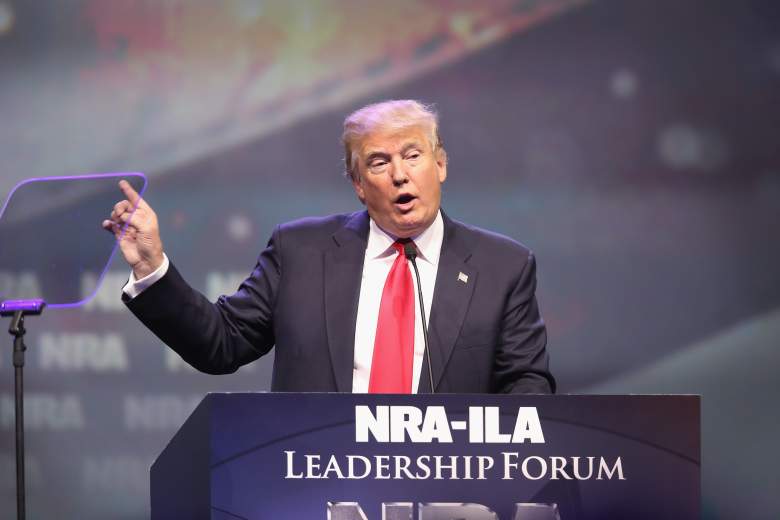 If Donald Trump wins the 2016 election, he will likely be remembered as America’s first Twitter president. The presumptive Republican nominee gained much of his following through social media, and he primarily uses his personal page to attack others and make outrageous statements that generate hours of media coverage. His tweets are more popular than those of any other American politician, and he has eight million followers to Hillary Clinton’s six million.

“We’ve never seen this before in politics,” Mike Berland, a political operative who worked on Hillary Clinton’s 2008 campaign, told The New York Times. “This is not just a rally that happens once in a while. This is a continuous Trump rally that happens on Twitter at all hours. He fills the Twitter stadium every day.”

But is it actually Trump himself writing these posts, or does he have his staff operate the account like most other politicians? Here are 5 fast facts you need to know about Donald Trump’s Twitter activity.

1. He Dictates All Tweets to His Staffers, Except After 7 P.M. 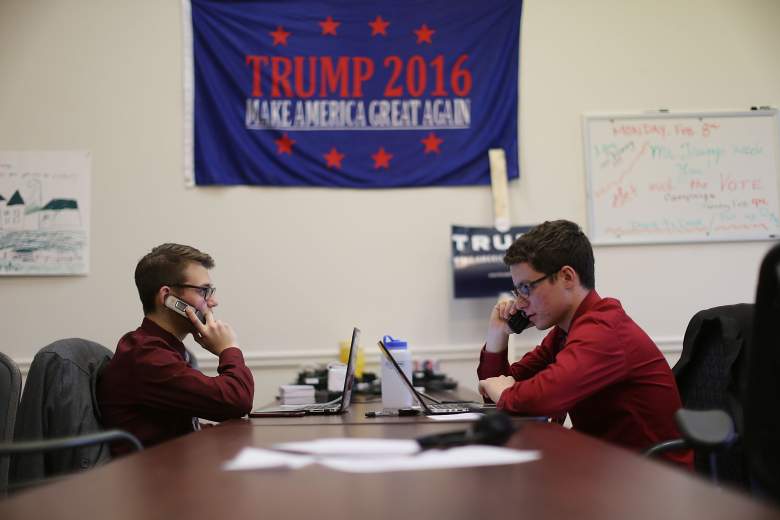 Donald Trump does indeed have members of his staff operate the Twitter account, but that doesn’t mean the tweets aren’t written in his words. Rather, the businessman dictates exactly what he wants to say right down to the punctuation mark, and an employee types out the message and posts it.

“During the day, I’m in the office, I just shout it out to one of the young ladies who are tremendous,” Trump told Anderson Cooper at a CNN town hall event. “I’ll just shout it out, and they’ll do it.” That includes the exclamation points he so frequently uses, and he told Megyn Kelly that he’ll conclude by yelling “Exclamation point!”

He went on to explain, though, that he writes his own tweets after 7 p.m. and when he’s at home. In fact, according to The New York Times, at least 100 tweets were sent from Trump’s phone while he was on one of his golf courses.

What’s unclear is what the retweeting process is like. Does an aide scroll through Twitter and read every mention out loud? Who decides what gets the Trump stamp of approval? The campaign has repeatedly blamed offensive retweets on interns, although a Trump intern told the International Business Times that they do not have access to the account. Nevertheless, the following was sent out after a tweet that insulted Iowa voters:

The young intern who accidentally did a Retweet apologizes. 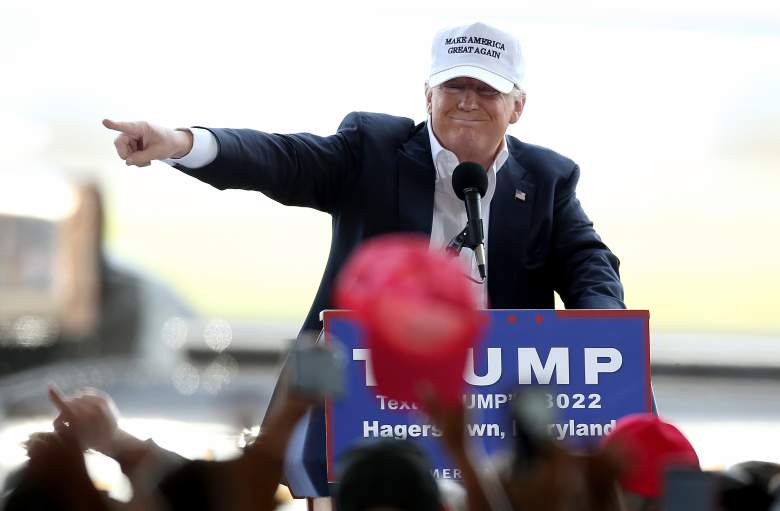 Donald Trump speaks to supporters at the Hagerstown airport in Maryland. (Getty)

In a recent interview with Megyn Kelly, Trump briefly spoke about his Twitter page and said that “the thing that gets me in trouble is the retweets…the retweet is really more of a killer than the tweets.”

Indeed, the Republican presidential candidate has been widely criticized for retweeting content from white supremacists. Back in January, he shared this post from a user named “WhiteGenocideTM”:

"@WhiteGenocideTM: @realDonaldTrump Poor Jeb. I could've sworn I saw him outside Trump Tower the other day! pic.twitter.com/e5uLRubqla"

He retweeted another white supremacist in February, this time sharing content from a user whose bio reads “#WhiteGenocide is real.” Just last month, he retweeted a supporter who writes about “white nationalism and genocide.” Similar incidents have occurred at least a half-dozen times, and most of the tweets in question have not been deleted from Trump’s account.

In fact, back in January, Little Bird took a closer look at the most recent 21 people Trump had retweeted, and 62% of them had used the hashtag #WhiteGenocide lately, while 28% of them followed White Nationalist accounts. Trump’s retweets have gotten him in trouble on other occasions, too; in March, he retweeted an unflattering image of Ted Cruz’s wife, Heidi, next to his own wife, Melania.

When chastised for this behavior, Trump typically dismisses complaints by saying that he is simply sharing what others are saying. In response to the Heidi Cruz retweet controversy, Trump spokesperson Katrina Pierson said, “Mr. Trump didn’t make the picture. He retweeted a tweet because he said his wife is beautiful just the way that she is.” In February, Gawker tricked Trump into retweeting a quote from Benito Mussolini. He defended himself by saying, “It’s a very good quote. I didn’t know who said it, but what difference does it make if it was Mussolini or somebody else — it’s a very good quote.”

"@ilduce2016: “It is better to live one day as a lion than 100 years as a sheep.” – @realDonaldTrump #MakeAmericaGreatAgain"

3. Hundreds of Pro-Trump Accounts Are Fake 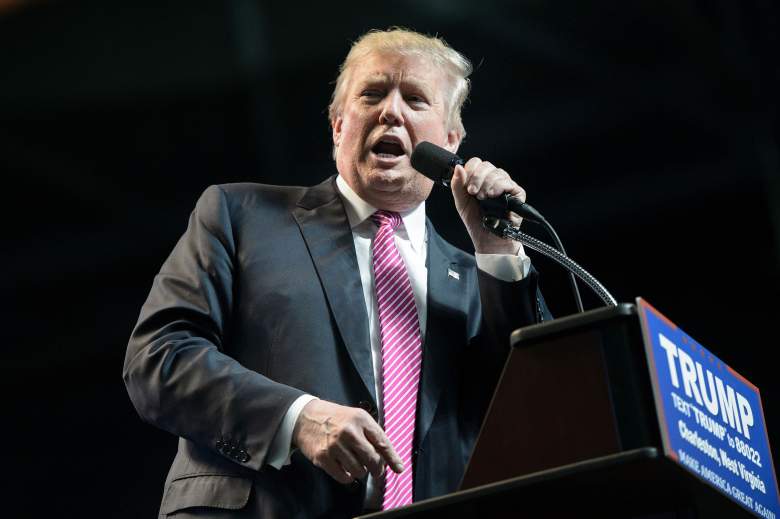 Donald Trump speaks to supporters at a rally in Charleston, West Virginia. (Getty)

Many accounts that support Donald Trump appear to be bots, and they may or may not be coming from the campaign itself. Patrick Ruffini, a digital-analytics expert from Echelon Insights, discovered at least 465 fake pro-Trump accounts, all of which had zero followers and send out the exact same tweet at roughly the same time.

Despite the fact that these accounts tweeted almost exclusively about Trump, they did not even follow the candidate’s account, and Ruffini argues that this indicates they are inauthentic. In addition to tweeting out messages related to the campaign’s talking points, these bots also attack people who Trump has issues with on any given day. GOP consultant Cheri Jacobus experienced this firsthand in the weeks after Trump called her “really dumb;” she subsequently received hateful messages from users she suspected to not be real.

Beyond these active bots, many of Trump’s followers may also be fake. A Washington Free Beacon analysis determined that 64% of the candidate’s followers have not been active in the past six months, and so although Trump has over 8 million followers, the Beacon argues that only about 2.2 million of those seem to be legitimate. 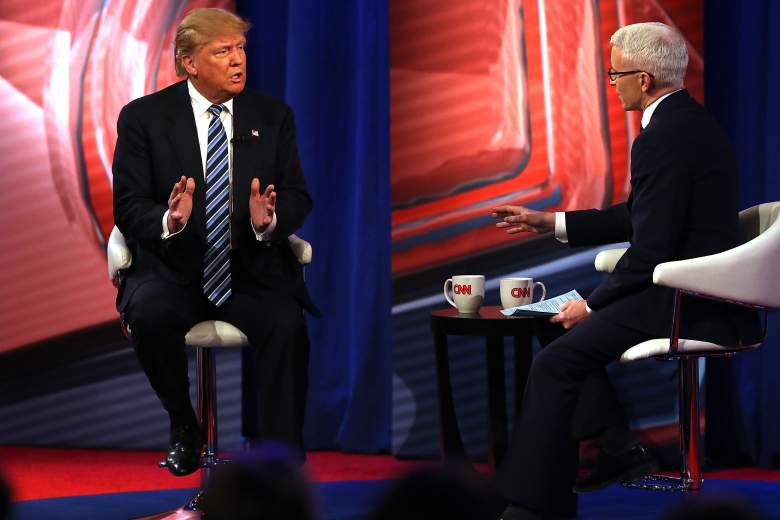 While most candidates’ Twitter accounts are focused on policy statements, that’s not the case with Trump. A Vox analysis found that Trump tweets about the media 3.5 times more often than he tweets about politics. Many of these posts are promotions for his TV interviews, and Vox found that “I will be interviewed” is Trump’s most-tweeted phrase, second only to his campaign slogan, “Make America Great Again.”

According to Vox, over the course of 7 months, Trump tweeted about cable news 139 times, interviews 100 times, and ratings 44 times. On the other hand, he tweeted about immigration 33 times, foreign policy six times, and taxes two times.

He doesn’t only talk about the media, though; he also talks directly to them, and 23 out of the 25 people he most often interacts with are members of the press (the other two are Jeb Bush and Karl Rove). According to a New York Times report, some of the pundits he regularly insults include Glenn Beck, David Brooks, Erick Erickson, Bill Kristol, Lawrence O’Donnell, Chuck Todd and Megyn Kelly.

I refuse to call Megyn Kelly a bimbo, because that would not be politically correct. Instead I will only call her a lightweight reporter!

5. His Tweets Were Relatively Innocuous for the First Few Years 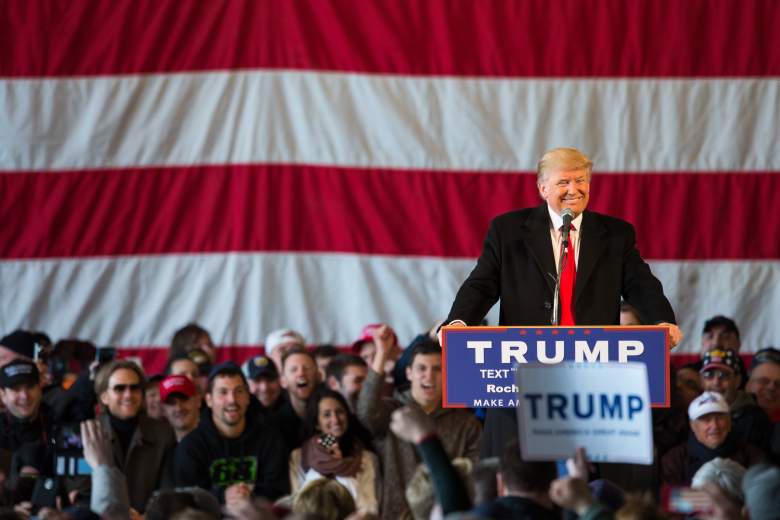 Trump’s Twitter account was registered in 2009, and for a while, it was rather unremarkable. As reported by Politico, the page mainly consisted of promotions of upcoming Trump media appearances written in the third person, as if he was not involved in the page at all. His very first tweet was a simple, “Be sure to tune in and watch Donald Trump on Late Night with David Letterman as he presents the Top Ten List tonight!”

Soon, the account began sending out Trump quotes, such as “My persona will never be that of a wallflower – I’d rather build walls than cling to them.” He wished his followers a happy holiday, told them to think like champions, and did not call out anyone as being crooked or a lightweight. It wasn’t until 2011, the year Trump demanded President Obama release his birth certificate, that the Twitter page became more focused on politics and grew increasingly negative.

Still, if you go back a few years, there are many tweets with Trump’s random thoughts on topics you’d never expect him to comment on, as when he spent a few weeks discussing the relationship between Robert Pattinson and Kristen Stewart.

Robert Pattinson should not take back Kristen Stewart. She cheated on him like a dog & will do it again–just watch. He can do much better!

Robert I'm getting a lot of heat for saying you should dump Kristen- but I'm right. If you saw the Miss Universe girls you would reconsider.

So many tweets & stories on Stewart/Pattinson Look, it doesn't matter– the relationship will never be the same. It is permanently broken.

Everyone knows I am right that Robert Pattinson should dump Kristen Stewart. In a couple of years, he will thank me. Be smart, Robert.

Everyone is asking me to speak more on Robert & Kristen.I don't have time except to say "Robert, drop her, she cheated on you & will again!"

After Friday’s Twilight release, I hope Robert Pattinson will not be seen in public with Kristen–she will cheat on him again!