A disturbing frame from the video, which appears to have been taken with a cell phone. (YouTube)

A video has gone viral of a gunman pointing a weapon at another man “he believed was gay” outside a Detroit convenience store, according to The Detroit Free Press and CBS Detroit.

You can watch the video below. Warning: The 32-second video contains disturbing behavior and language, including gay and racial slurs.

BlacDetroit.com reported that the video was first posted on Twitter July 12 and that the incident happened outside a liquor store on the city’s west side. BlacDetroit.com said that a Twitter account also posted an almost 12-minute-long Periscope video recording of a man using anti-gay slurs.

Detroit Police Sgt. Michael Woody told The Detroit Free Press that police were aware of the video and have launched an investigation “on behalf of the victim” even though the victim has yet to report the incident to police. Woody made similar statements to CBS Detroit television news. On July 16, police announced they had arrested a 19-year-old man in connection with the attack after the man turned himself in.

The victim has also spoken out, saying “There’s no reason to be homophobic. It’s 2016.”

The Detroit Free Press quoted Stephanie White, executive director of Equality Michigan, as saying the “video and incident are both extremely disturbing to members of the LGBTQ community,” adding that the organization has seen “a variety” of similar incidents although the new video was “more hostile.” 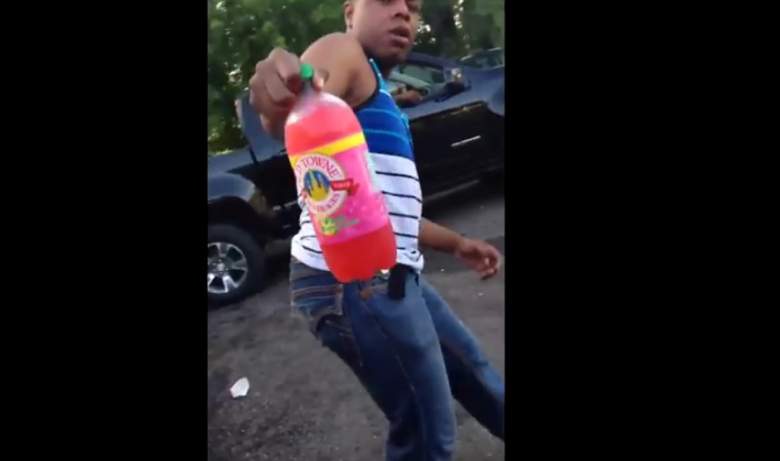 Although a Twitter site posted the video, that site has now privatized its Tweets after the video was retweeted more than 2,000 times, said The Detroit Free Press. However, several people also posted the video on YouTube.

A police sergeant told The Detroit Free Press that singling out and attacking a person for their identity was “outrageous,” and that it was “very troubling” someone would feel comfortable enough to post such an attack on social media.

In the video, wrote BlacDetroit.com, “A voice is heard using gay slurs and expletives before a man holding a gun – it’s not immediately clear if the man holding the gun is also talking – points a gun from the passenger side of a Ford Escape…”

Loading more stories
wpDiscuz
10
0
Would love your thoughts, please comment.x
()
x
| Reply
A video has gone viral in Detroit showing a man point a gun and make gay and racial slurs at another man outside a liquor store.