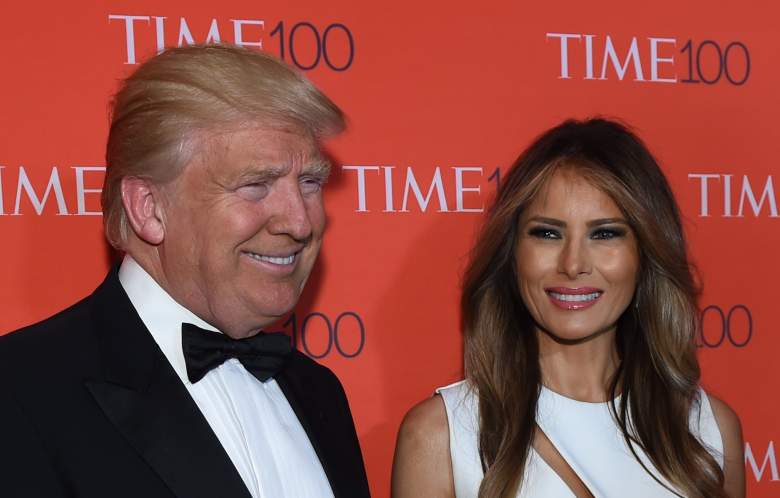 Donald and Melania Trump hope to be headed to the White House. (Getty)

Donald and Melania Trump are looking to move into the White House. Donald is brash, vocal and has no problem telling anyone what he thinks. His wife, Melania, is quiet and reserved. The 46-year-old former model prefers to keep her political beliefs to herself.

Even their business interests are different. Melania prefers fashion and jewelry. Donald is well-known for his success in real estate. The couple married in 2005 but now face greater scrutiny than ever as Donald looks to become the next president.

The Trump family has become one of the most recognizable families in the country. Donald and Melania sit at the head of the table. From growing up in Slovenia to her successful fashion career, there is a lot to learn about Melania and how Donald won her heart.

1. Melania Asked Donald For His Number When They Met 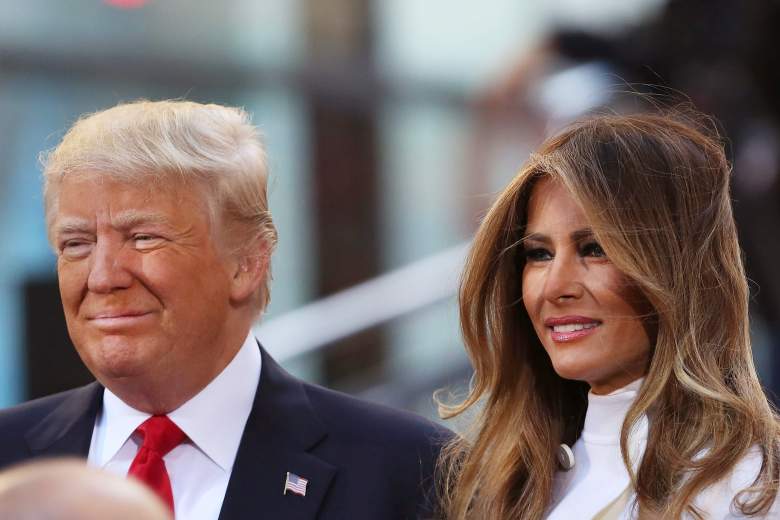 Melania Trump wanted to test out Donald’s intentions when they met. (Getty)

According to GQ, the two met in 1998 at a New York Fashion Week party. Donald had brought another date to the party but approached Melania when his date was in the bathroom. She had come to New York on a work visa, while Donald was one of the well-known businessmen invited to the party.

Donald asked Melania for her number but she refused. Instead, Melania asked him for his number seeking to get a read on his intentions. “If I give him my number, I’m just one of the women he calls. I wanted to see what his intention is. It tells you a lot from the man what kind of number he gives you. He gave me all of his numbers,” Melania explained to GQ.


2. The Couple Has One Son Together, Barron 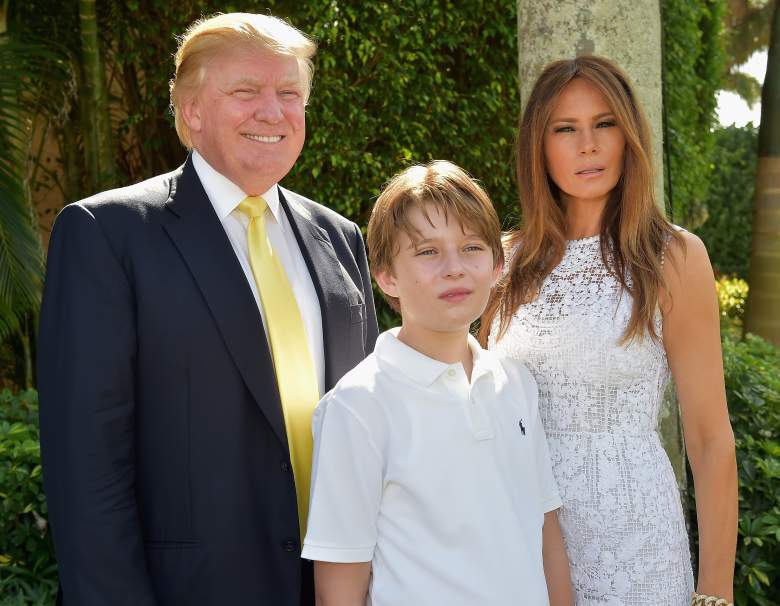 Melania often refers to their 10-year-old son as “Little Donald”. She told GQ that the couple has opted to not have a nanny and explained their son dresses in suits not sweatpants. He attends a private school in New York City.

According to Time, Donald has four children from previous marriages. Donald’s oldest son, Donald Trump, Jr., is the oldest of three children with his first wife, Ivana. He runs many of his father’s businesses, especially now that his father is running for president. Ivanka Trump is a former model and serves as executive vice president of development and acquisitions at the Trump Organization. She is married to Jared Kushner, who is CEO of the real estate business Kushner Companies.

Eric Trump is Donald’s youngest son from his first marriage. He serves as vice president of Trump Organization and owns the Trump Winery. He is married to CBS producer Lara Yunasaka. Tiffany Trump is Donald’s only daughter with his second wife, Marla Maples. She attends the University of Pennsylvania.


3. Melania Has Been Quiet About Her Political Beliefs

While Melania has the potential to be the next first lady, she has said on multiple occasions that her political beliefs are private. She explained her position to GQ. “I chose not to go into politics and policy. Those policies are my husband’s job. Nobody knows and nobody will ever know [her political beliefs] because that’s between me and my husband,” Melania told GQ.

If Donald is elected, Melania would be the first immigrant to become first lady since Louisa Adams had the role in 1829. It is an interesting juxtaposition given Donald’s hard-line political stance on immigration. She explained the dynamics of their relationship to CNN.

“We are both very independent — I let him be who he is and he let me be who I am. I don’t try to change him. He’s an adult. He knows the consequences and so I let him be who he is. I give him my opinions, many, many times. I don’t agree with everything that he says, but you know, that is normal. I’m my own person, I tell him what I think, I’m standing very strong on the ground on my two feet and I’m my own person, and I think that’s very important in the relationship,” Melania told CNN.

4. Donald Had Been Married Two Previous Times Before Melania 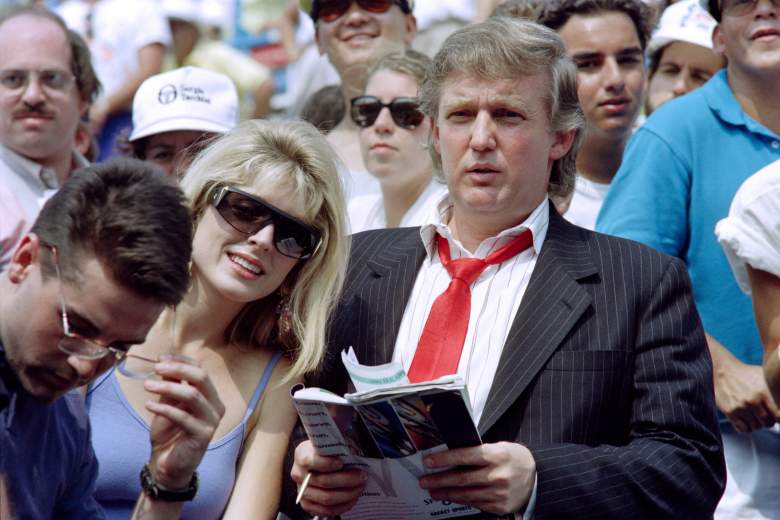 According to Vanity Fair, he met his first wife, Ivana Zelnickova, at a high-end New York City bar, Maxwell’s Plum, in 1976. The model was visiting from Montreal. The couple was married from 1977 to 1992.

The 1993 book, Lost Tycoon, included part of a divorce deposition where Ivana told of an incident where she said Donald raped her during their marriage. Donald denied the charges, and Ivana later released a statement that was different than her initial claim. Ivana’s statement was put at the beginning of the book.

“During a deposition given by me in connection with my matrimonial case, I stated that my husband had raped me. [O]n one occasion during 1989, Mr. Trump and I had marital relations in which he behaved very differently toward me than he had during our marriage. As a woman, I felt violated, as the love and tenderness, which he normally exhibited towards me, was absent. I referred to this as a ‘rape,’ but I do not want my words to be interpreted in a literal or criminal sense,” Ivana said in the statement (via The Daily Beast).

He was married to his second wife, Marla Maples, for six years beginning in 1993. The two had an affair in 1990 when he was still married to Ivana.

Donald and Melania got married on January 22, 2005 at Donald’s Palm Beach, Florida estate. Ironically, Hillary and Bill Clinton were one of the 350 guests to attend the ceremony.

5. Melania Is Originally from Slovenia Where She Was Born With the Name Melanija Knavs 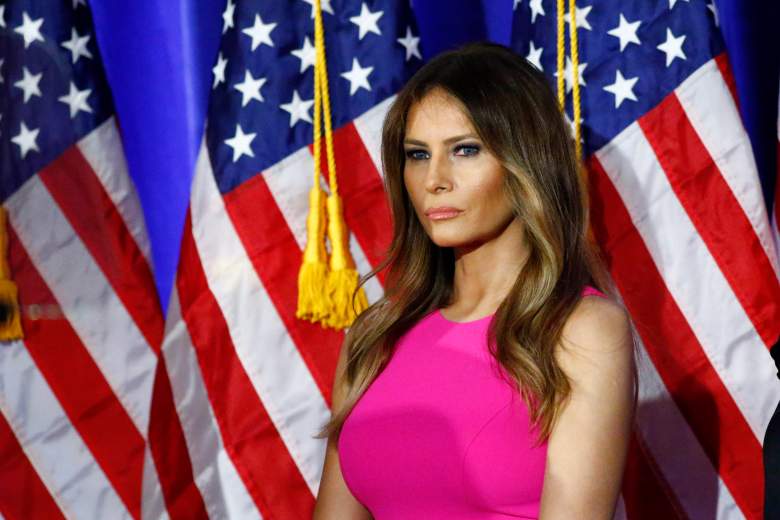 Melania Trump has lived all over the world. (Getty)

According to GQ, her mother, Amalija Ulčnik, worked as a designer at a children’s clothing factory. Her father, Viktor Knavs, met Amalija when he was a chauffeur for a local mayor. He later became a salesman at a car dealership. One of Viktor’s friends, sees the similarities between Melania’s husband and her father.

“Trump reminds me of Viktor. He’s a salesman. He has business in his veins,” Viktor’s neighbor, Tomaž Jeraj, told GQ. Viktor is just five years older than Donald.

Loading more stories
wpDiscuz
6
0
Would love your thoughts, please comment.x
()
x
| Reply
While Donald Trump is no stranger to a sound bite, his wife, Melania, often stands in the background. Learn more about the potential presidential couple.