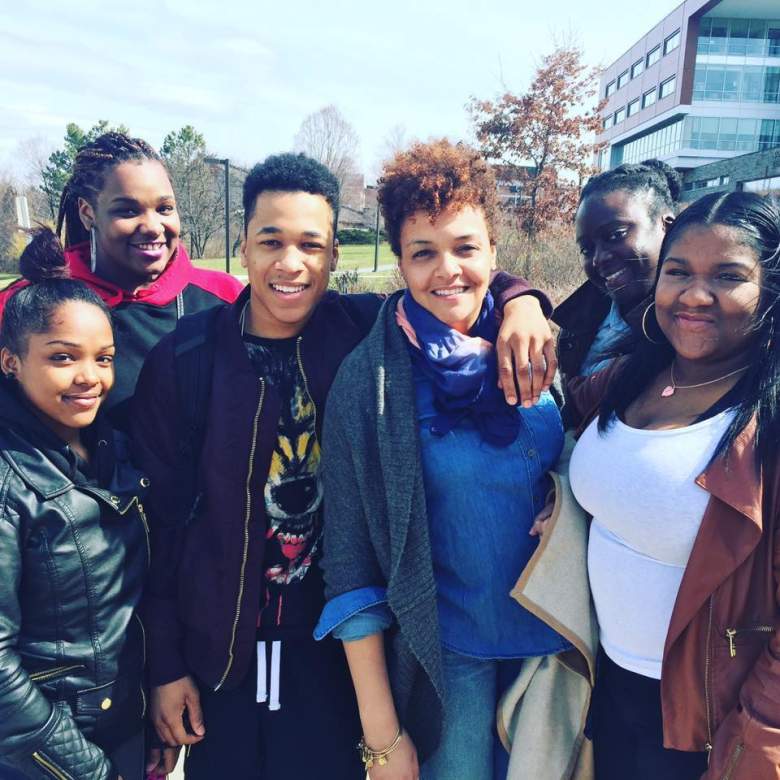 Anthony Nazaire, in a photo a friend posted on Facebook. (Facebook/Emilia Ware).

The Ithaca College student who was stabbed to death at the Cornell University campus was remembered as a bright, happy teenager on a scholarship who wanted to become an entrepreneur to help his family.

Anthony Nazaire, 19, was identified by family members as the student slain on the campus early August 28. Two students were stabbed in the incident, but the second victim has not yet been identified and is expected to recover.

The victims were stabbed after a “large brawl” on campus, said The Cornell Sun.

There have been no arrests in the case.

1. Nazaire Was a Business Administration Major at Ithaca College & Was Described as Wanting to Become an Entrepreneur to Help His Family

A friend, Emilia Ware, wrote on Facebook: “RIP to one of the happiest young men I’ve ever worked with. #ithacacollege Gone too soon.”

Nazaire’s family member, Channelle Nazaire, told Ithaca Voice that Nazaire had “never been in trouble with the law. He’s a very good student. It’s very hard for me to even understand. I’m still in denial about it.”

She said his goal was to become an entrepreneur to help his family, said Ithaca Voice. She described to the news site how Nazaire sent her a video showing him dressed in a suit, saying that was how he wanted his life to turn out – in a suit going to business meetings.

Nazaire’s sister, Kiara, also told The Associated Press that her brother wanted to be an entrepreneur, saying, “He wanted to be a black man with a bank.”

Ware also wrote, “He passed last night at a party at Cornell is what I know so far. He attended Ithaca College. Such a good and bright kid…”

2. The Stabbings Occurred After an Omega Psi Phi event on Campus & Nazaire Was on the Board of a Group Devoted to Improving the Lives of Men of Color

According to The Ithacan, “several hundred students attended an Omega Psi Phi event at Willard Straight Hall and the stabbing took place as the event dispersed.”

The Ithaca Journal said several fights had broken out after the event.

The stabbings took place in front of the chemistry building on campus, and there have been no arrests made, said The New York Daily News.

According to PIX 11, Nazaire was a board member for Brothers4Brothers, described as “a student organization dedicated to empowering men of color on the campus.” He was a sophomore at the college.

The college confirmed Nazaire’s student leadership in an updated statement and also said the event on campus was student-organized. The AP said the event was part of a series “under the umbrella of Cornell’s Black Students United group” that included orientation sessions, a barbecue, and ice cream socials.

The Cornell Sun obtained a video of Nazaire dancing at the party, and said his sister told the newspaper that Nazaire’s friend had bumped into someone, which started the altercation, and that Nazaire and his friend apologized.

The Sun said Omega Psi Phi President Adebowale Sordiq Sodeke told the newspaper that only one altercation occurred and that people were happy at the party and Nazaire’s mother told the newspaper her son told her the event was going to be his only party before he focused on studying.

3. Nazaire Was at School on a Scholarship & Wanted to be Successful, His Family Said

Channelle Nazaire, the relative of Nazaire, posted a series of emotional posts on Facebook after the death. In one, she wrote, “look at him like oh my god how could this coward do this to you anthony he just wanted to be successful for the sake of his mother.”

In another, she said, “Anthony was seriously a great kid finished hs knew he wanted to go to college got a scholarship for ithaca college if only we knew you going up there would end so tragically we would of kept you here.”

She also wrote, “somebody robbed my cousin of his life his opportunity to prove himself as a young black man that it is possible to go to college and have a career no criminal background nothing he wouldn’t hurt no one why did u do this to us ?”

In another of the heart-wrenching posts, she said, “What saddens me the most is he didn’t die here in Flatbush but died away at school smh that’s just mind blowing his murder was the first in 5 years in Ithaca,ny whoever did this you’re going to pay God is going to handle u.”

The Ithacan said police are reviewing cell phone videos taken of the incident. “According to surveillance pulled from cameras on the plaza, several people had recorded the incident on their cellphones and several motorists can also be seen driving past on College Avenue,” The Ithaca Journal said.

4. The Stabbings Occurred During a ‘Large Brawl’ on Campus & Nazaire Was Trying to Help Another Student

Police identified sophomore Anthony Nazaire as the victim who was stabbed to death Aug. 28 https://t.co/tmmBCQvti9 pic.twitter.com/1CMY03RpwS

Nazaire’s sister, Kiara, said that her brother was trying to help a fellow student when he was stabbed, The Associated Press said.

The president of Ithaca College released a statement on the school’s website that said the stabbings occurred during a large fight that erupted at an intersection.

“It is with great sadness that I inform the Ithaca College community that one of our students passed away at Cayuga Medical Center early on the morning of Sunday, August 28,” he wrote. “Shortly before 2 a.m. two individuals were stabbed during a large fight near the intersection of College Avenue and Campus Road. The second Ithaca College student who was stabbed in that incident was treated for non-life-threatening injuries at a regional trauma center and released.”

A Cornell University vice president released a similar statement: “As noted in a Crime Alert issued early this morning, shortly before 2 a.m. two individuals were stabbed during a large fight near the intersection of College Avenue and Campus Road. The Cornell University Police Department (CUPD) believes there is no longer any ongoing threat to campus.”

5. Nazaire Is From Brooklyn & Spent the Summer of 2015 Working on Coney Island

Nazaire’s family said he was from Brooklyn and spent the summer of 2015 working on Coney Island, said The Cornell Sun. He has three siblings.

In another post on Facebook, his relative Channelle Nazaire wrote: “I cant even express how hurt I am but the pain that this person has cause my family to endure this is unbelievable this is a 19 year old educated well mannered young man full scholarship to a great college aspiring to gain his bachelors in business how could you rob him of his life how could you do this to us anthony i love you soooooooo much i wish i was there to help u i wish i could of saved u i just wish i could even see u one last time before this all shattered us into pieces — feeling heartbroken.”

She also wrote: “Everyone pray for my cousin kiki anthony was her light her first love her everything this boy is literally her life keep her in prayers please for strength and peace.”