The imam shot to death after leaving a prayer service at a Queens mosque was described as a pious man who had few enemies.

The New York Daily News says the imam, Maulama Akonjee, and his assistant, Thara Uddin, were shot in the back of the head on the street in what witnesses believed was a targeted attack.

They were “two men of faith, two leaders of the community… killed in cold blood,” New York Mayor Bill DeBlasio said on Aug. 15 at a news conference.

At the press conference a short time after thousands attended the men’s funeral, top police commanders and DeBlasio announced that police “strongly believe” a man now under arrest killed Akonjee and Uddin. He was later identified as Oscar Morel, 35, of Brooklyn, but his motive was still not clear, police said.

Police said that they are not ruling out that the double slaying was a hate crime, although the motive is still being investigated. Police Commissioner Bill Bratton said investigators were led to the man because he was in a hit-and-run crash with a bicyclist a few minutes after fleeing the murder scene.

Bratton and another police commander said investigators were able to trace the vehicle to the man’s home, and they arrested him when he left his home on Sunday night. He was described by police as a 36-year-old Hispanic male who works in a warehouse.

Despite early reports that the double murder could be a robbery, people at the scene insisted it was a hate crime from the start. ABC News said police have not yet connected the double slaying to the men’s religious faith.

At the scene, upset people gathered to blame Donald Trump and insisted that political rhetoric had motivated a hate crime, although it was not yet clear what the motive was for the double shooting.

1. The Men Were Shot After Prayers & The Shooting Was Captured on Surveillance Video

Surveillance video (above) shows the moment the imam and his assistant were gunned down, although it’s from a distance. CBS News called it a “brazen daylight attack.”

The men had just left prayers at the mosque in Ozone Park when the man in a polo shirt and shorts ran up behind them and shot them, said The New York Times.
The Daily News said the Queens imam and his assistant was shot “while walking home from afternoon prayers” by a “lone shooter” and said that witnesses were calling it a “targeted attack.”

Initially NYPD said this was robbery, now it appears this is turning into a targeted shooting. #OzonePark https://t.co/AJave4QTG5

People at the scene said they considered the crime a “hate crime,” but police denied that, initially, although they didn’t provide a motive. There were initial media reports that it might have been a robbery; however, ABC News says Akonjee had $1,000 on him, and it wasn’t taken.

"We say, 'hate crime!'": ralliers near slaying of imam/friend. NYPD: no proof men were targeted for being Muslim pic.twitter.com/in6ZhpHY0S

“There’s nothing in the preliminary investigation that would indicate that they were targeted by their faith,” Henry Sautner, a New York Police Department official, told The New York Times.

Bratton said in the press conference that surveillance video played a role in the suspect’s apprehension because it captured the vehicle, which detectives then realized matched the one at the hit and run. 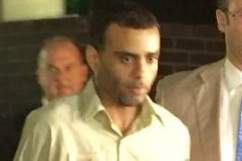 2. Akonkee Was Described as a Very Religious Man Without Any Obvious Enemies

Misba Abdin, who attends the mosque, told The New York Times that the imam was a “very religious, pious person” who “doesn’t talk unless he acts.” Abdin told the newspaper that Akonjee just “comes to the mosque, and comes home. He has no outside world.”

Akonjee’s sermons were a draw, said the president of a nearby mosque, and he had no enemies, Adbin told The Times.

A photo of the Al-Furqan Jame Masjid Mosque from its Facebook page. The shooting occurred near it, reports say.

People at the scene said Trump was responsible for dangerous rhetoric against Muslims.

The Daily News quoted Khairul Islam, 33, as saying: “We blame Donald Trump for this … Trump and his drama has created Islamophobia.”

The men were attacked “from behind” around 2 p.m. as they walked down the street, said Fox News.

The imam’s daughter, Naima Akonjee, told The Associated Press that her father didn’t have “any problems with anyone.”

3. The Slain Imam Was Married & a Recent Immigrant to America

The New York Daily News said the murdered imam was a “married father of three” and “a revered religious leader since his arrival in Queens from Bangladesh less than two years ago.”

The shooting occurred near the Al-Furqan Jame Masjid Mosque in Ozone Park in Queens and left “both victims lying on the ground in their own blood,” said The Daily News.

Both men were shot in the head, police say, according to ABC.

The New York Post said the imam’s assistant, Thara Uddin, 60,  was praying with the imam before the shooting. His brother Mashuk told the Post, “I saw him. His eyes were closed … his body is shaking. I am very scared,” adding that the family also believes it was a hate crime.

4. Akonjee Had Just Presided Over a Prayer Service & Was Described as a ‘Scholarly Imam’

A Muslim imam was killed in a shooting at close range in Queens https://t.co/hekbEJBdys pic.twitter.com/QGiY9RXmDI

CBS said Akonjee was the leader of the nearby mosque where he had “given a 1 p.m. prayer service and was walking home with another member of the mosque when both men were gunned down.”

Akonjee was a family man and a “scholarly imam,” a man who knew Akonjee told CBS.

One eyewitness told The New York Post that he “looked out to see a man with a gun running down the street” and it “appeared the shooter picked his targets, the resident said.”

Pix 11 said the gunman ran up to the men on the street and shot them and the imam died at the scene.

One man who attended religious services at the mosque told Fox News that Akonjee had led the mosque for about two years, adding: “The community’s heart is totally broken.”

5. The Suspect Fled & Is at Large & Uddin Was Described As a Man Who Prayed Five Times a Day

The suspect fled after shooting the men and has not yet been arrested or identified, although police do have surveillance video. They have released a sketch artist’s photo of the suspect.

Uddin, the second man slain, was described as “a pious and thoughtful man who prayed five times a day and went to the mosque,” AP reported. Those who knew him told the Associated Press he “would water his garden and one next door,” The Washington Post quoted the AP.

“A very honest, wise man … (And) a very helpful guy,” one man who knew Uddin told AP, according to The Post.

According to Fox News, “Witnesses described seeing a man wearing a dark blue shirt and carrying a large handgun running down the street.” One eyewitness said there was a carload of people across the street but the shooter just “targeted these two guys,” said Fox News. 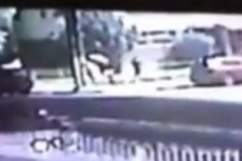