A 73-year-old community volunteer was shot and killed by a police officer during a “shoot, don’t shoot” role play scenario during the Punta Gorda Police Department’s citizen academy.

The victim was identified as retired librarian Mary Knowlton, who had moved to Florida with her husband from Minnesota. She was killed at a police citizen academy in which participants were selected to go through a simulated scenario to understand lethal force. More than two dozen people witnessed the shooting.

BREAKING: A woman was hit by a bullet and killed during a Citizen Police Academy in Punta Gorda tonight. #SWFL

The police chief gave a subdued statement in an evening press conference after the shooting.

The chief said, in part, “During the first scenario, in a horrible accident, participant Mary Knowlton was mistakenly struck with a live round…Our entire Police Department and all of our city leaders are absolutely devastated for everyone involved.”

Florida media identified the officer who shot Knowlton as Lee Coel, who was previously videotaped in a controversial dog mauling incident of a bicyclist.

The city’s Citizen Academy that Knowlton was participating in “is a free eight-session course offered to as many as 35 accepted applicants who are interested in learning local civics,” said WINK News.

Punta Gorda is a community located near Fort Myers, Florida.

1. Knowlton’s Son Called Her a ‘Saint’ & She Was Married More Than Fifty Years

Steven Knowlton, Mary’s son, released a statement to CBS This Morning that said, “This is a devastating time for us… my mom was a saint such a tremendous loss of a wonderful human being and the best mom a kid could ever hope for.”

Her son told NBC she signed up after recent break-ins near her home and to show her support for law enforcement after recent shootings of police officers in Dallas and Baton Rouge.

Knowlton and her husband were married for more than 50 years, The Associated Press said. The Minneapolis Star-Tribune says Mary Knowlton had two sons.

Mary’s niece posted on Facebook, “Please pray for my family as we all grieve my beloved Aunt Mary Knowlton. I pray for my Uncle Gary and cousins Bill and Steve Knowlton as they mourn the loss of a devoted Wife and Mother. We are devastated. How I loved her so much❤️she will be forever missed by all. My heart just breaks…”

According to NBC 2, Chief Tom Lewis “called it an accident, saying the shooting occurred during a ‘shoot or don’t shoot’ scenario in which they use simulated lethal force in a live role play. Two participants were randomly selected.” Watch his press conference above. 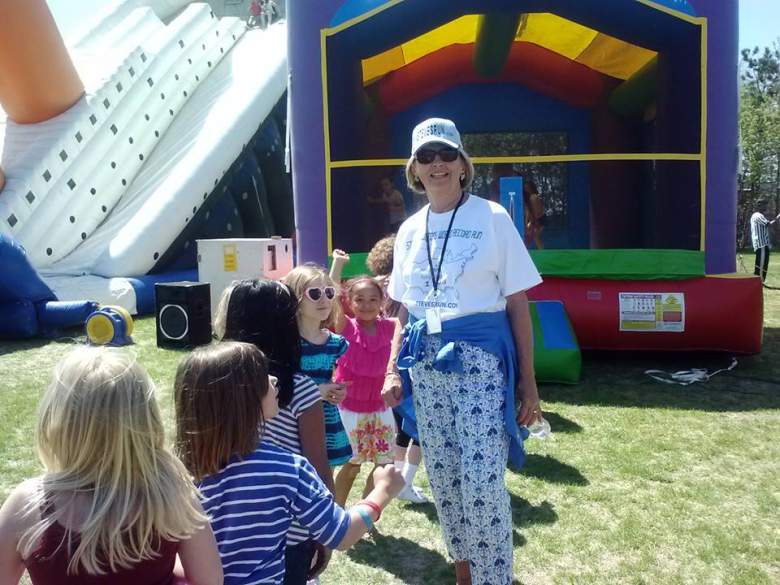 In a press release, Lewis said that the role play participants were supposed to make decisions simulating lethal force. Knowlton was shot several times by the officer and was taken to a local hospital, where she was pronounced dead, said WTSP.

According to News-Press.com, the officer was playing a “bad guy” and “fired several times at a woman who was supposed to be playing the victim,” according to a news photographer who witnessed the incident. However, NBC quoted an eyewitness as saying that Knowlton was playing the police officer in the scenario.

The Herald Tribune said another woman, clothing store owner Debi Malinoski, was supposed to be involved in the role play but didn’t want to so Knowlton agreed to do it instead. The Chamber of Commerce president recalled to the Herald Tribune that Knowlton said, “I’m going to give them hell.”

The newspaper said the gun used is not the same as those issued to all officers.

2. Knowlton Volunteered at The Local Library & The Police Chief Said Everyone Involved In The Incident Is In a State of Shock

She wrote on Facebook about enjoying the Florida weather, saying in one comment: “The beach is a piece of heaven.” She posted pictures with her husband. She studied Library Science at Minnesota State University, Mankato, according to her Facebook page, and is a mother.

3. A Friend Recalled Knowlton As a ‘Lover of Books’ Who Tried to Get Children to Read More

A friend of Knowlton’s, Carolyn Hartwigsen, of Edina, Minnesota, told The Associated Press that Knowlton “had a love of books and tried to instill that in young readers.”

“So much is on the internet now. But, books are so important to have in children’s hands. That was important to her,” Hartwigsen said to the AP. “She was the salt of the earth, a beautiful soul and the kindest women you would know.”

The officer is on administrative leave.

Citizens responded with shock on social media. Wrote one, “Are they supposed to have real ammunition in a drill like this? Good Lord. My heart goes out to the family. What a tragic way to lose a loved one.”

Wrote another, “Why was a real gun used? Why wasn’t it checked before the training?”

The officer involved has not yet been formally identified by police.

4. The Shooting is Under Investigation & The Department Has Touted Its Citizen Academy in The Past 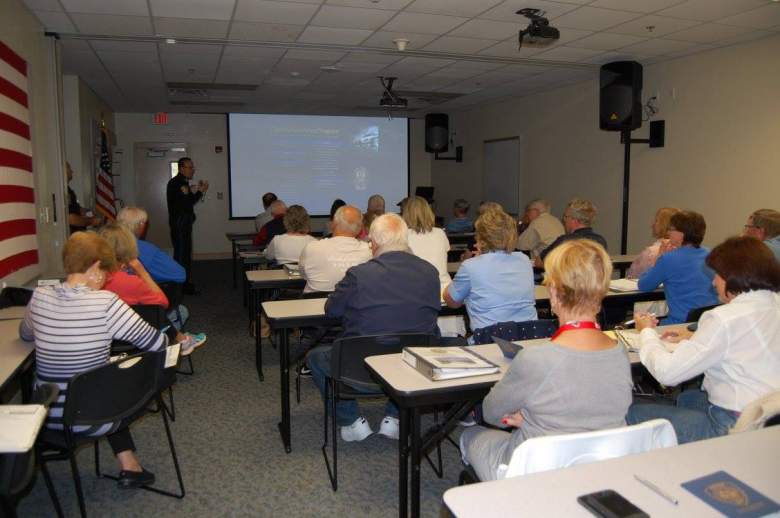 The shooting is under investigation, said ABC 7. The Washington Post says the citizens’ academy was organized by the city’s Chamber of Commerce.

The Florida Department of Law Enforcement was contacted and is looking into what happened, the chief said in the news release.

Five months ago, the Punta Gorda Police Department posted a series of photos of an earlier citizen academy on Facebook. 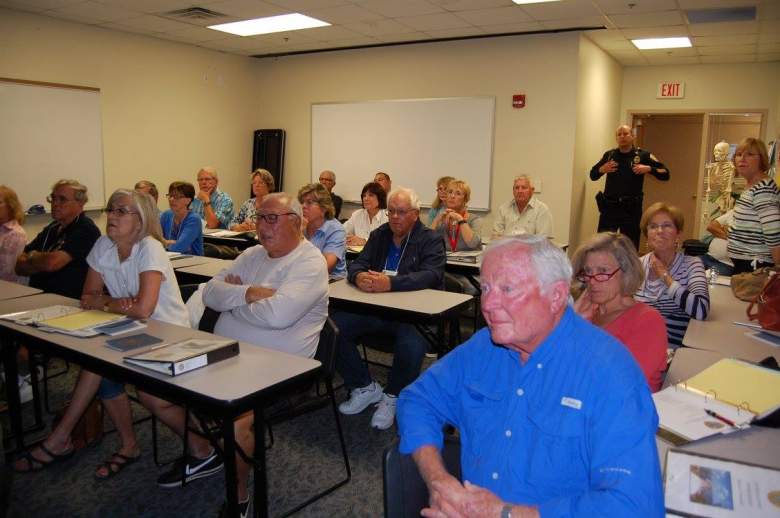 In that earlier post, the department described what its citizen academies involve: “The Chief of Police began with a presentation covering the police department’s overall operation. Upon conclusion of the presentation, participants received a tour of the facility from members of the senior leadership team which included Communications, Patrol, the Criminal Investigations Section, the Armory and a static display of department equipment. Two lucky members were chosen to test fire a department Taser, which was a huge hit.”

5. Knowlton Was Hit By a Live Round During The Two-Hour Role Play & The Officer Was Supposed to Fire Blanks

Knowlton was “mistakenly struck with a live round,” the police chief told NBC 2. When Knowlton fell face down, the chamber commerce president who was there thought at first it was just theater, said The Herald Tribune, adding that the other participants were ushered into a conference room, where they started praying.

Scenario participant Mary Knowlton was hit with a live round and was fatally injured. #HTNow

According to News-Press.com, the officer’s gun was supposed to hold blanks but held live ammunition instead.

Read More
5 Fast Facts, Breaking News, Crime, Police
Follow Heavy ↓
A 73-year-old librarian was shot and killed during a "shoot/don’t shoot" role-play scenario in which the officer was playing the "bad guy."