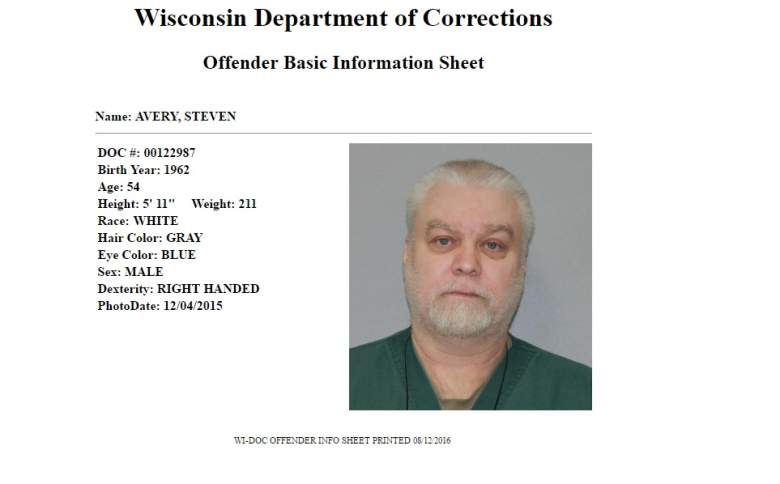 The lawyer representing Making a Murderer‘s Steven Avery has filed motions with Wisconsin courts asking to conduct new scientific testing on Avery’s blood to determine whether it might have been planted by law enforcement officers.

In the new motion, Avery alleges his blood was planted in the victim’s car by law enforcement and wants the most scientific testing available to prove it. That was the theory advanced by his first defense team and rejected by a jury.

The motion does not reveal an alternative suspect by name but does refer to an “Individual A and B” as being present at key moments.

The Wisconsin Court of Appeals told Heavy that Avery’s Chicago-area attorney, Kathleen Zellner, had filed a motion in Avery’s case on August 26. In addition, Zellner is asking the state court to allowed her to conduct new DNA testing in the case that wasn’t available when Avery was first tried almost a decade ago, the appeals court filing says.

In the 45-page motion she filed with the state court, Avery is asking the courts to allow a variety of new tests, including body fluid testing and testing on evidence not done before, such as on the victim’s battery cable in her car, said ABC News. She also wants new testing that could shed light on the age of Avery’s blood found in the car of victim Teresa Halbach.

“Mr. Avery has already completed a series of tests that will conclusively establish his innocence,” Zellner said in the new motion, according to Newsweek. The news magazine said Zeller will “reveal her theory on the identity of the real killer once she has the results of the new tests she intends to conduct.”

The Wisconsin Appeals Court had given Zellner until August 29 to make a filing.

Avery is the Wisconsin man who drew international fame after the Netflix docuseries chronicled his wrongful conviction for a sexual assault and then his new conviction for the murder of photographer Teresa Halbach, who had come to his family’s junkyard in Manitowoc County, Wisconsin to photograph a van.

Read the full Court of Appeals motion asking for a delay in the appeal here:

1. Zellner Had Promised Big Revelations Previously & Said She Has an Alternate Suspect in Mind

Zellner has insisted she intends to prove Avery’s innocence, despite the complex forensic and circumstantial evidence against him. Newsweek says she watched the Netflix’ series in her 3,000-square-foot home theater and became angry because she felt Avery was treated as disposable due to his social class.

Zellner then took on the case as Avery’s lawyer. In Chicago, she has focused on overturning wrongful convictions to great acclaim.

Zellner told The New York Times: “There is evidence that already exists in the case that points to a different location and a different suspect. We’ve got a combination of forensic evidence and a tip from somebody that we’ve interviewed multiple times that we think is credible.”

She told The New York Times, “she has a different person in mind who she believes killed Ms. Halbach” without naming that person, adding that she will request new DNA testing of the evidence, including tests not available when Avery was tried.

Zellner’s website pledges, “Our goal is to vacate Mr. Avery’s 2007 conviction and sentence.” It also solicits donations for his legal defense.

Avery’s past appellate attorneys had filed a brief that listed four people they said were alternative suspects in the case. The trial court did not allow them to present those theories in court, saying they had not offered any concrete evidence tying those people to the crime (other than the fact they were on the property that day and some had unsavory pasts). The Wisconsin appellate court upheld that trial court decision previously. However, Zellner told the Times her suspect is someone new. 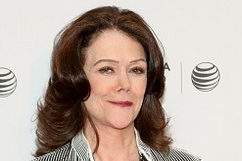 2. The Motion Asks to Test Bones Found in a Nearby Quarry Pit, Officers’ Fingerprints & Areas of Halbach’s Car

ABC News says that Avery’s filing asks for “new DNA testing on evidence that had not been screened before, including the battery cable, the interior hood release and the blinker light of the victim’s car.”

The defense team also wants advanced DNA analysis on items that were already tested, such as license plates form the car “and trace testing to determine if chemical solvents were used to remove DNA,” said ABC.

The motion also seeks “advanced testing of previously obtained fingerprints of two officers, as well as DNA testing of the alleged human pelvic bones recovered from the quarry,” said ABC. A state expert at Avery’s trial had testified that those bones might be human, however this was never proven. They did have burning consistent with other remains found behind Avery’s trailer. The two officers were members of the Manitowoc County Sheriff’s Department whom Avery’s first attorneys accused of trying to frame Avery by planting evidence, which they fervently deny.

On Twitter, Zellner has been passionately tweeting about the case, providing clues to her defense team’s approach. She also posts letters from Avery.

In one, he denied his former appellate attorneys’ accusations that some of his relatives might make plausible alternative suspects.

She has said on Twitter that she believes evidence was planted; that’s the case that Avery’s trial attorneys unsuccessful tried to make to the jury.

Fox 11 says that Avery’s cousin, Kim Ducat, was at the Manitowoc County Courthouse on August 26 awaiting news of the Zellner filing.

3. Zellner Has Said That Teresa Halbach’s Cell Phone Records Show She Left the Avery Property Before the Murder & Wants to Retest the Car Key & Hood Latch

She told Newsweek she has “cellphone records that show Halbach left Avery’s property before she was killed.”

Zellner has also repeated the claim on Twitter that new evidence will show Halbach left the junkyard before she was killed.

All day re-tracing TH steps.No doubt she left Avery property alive.All roads lead to one door & it's not Steven Avery's.#MakingAMurderer

Zellner also claimed that, “Halbach made two calls to a phone number that belonged to a man recently charged with sex crimes in Arizona,” said Newsweek.

In the new motion, Zellner seeks body fluids testing to restudy the DNA found on the victim’s car key – which was found in Avery’s bedroom – as well as under the hood latch of her car, which was found on his property.

That evidence was possibly touch DNA, not blood, a state expert testified, although that was never proven either way. The key was dubbed the “magic key” by Avery’s first defense team because it was unearthed in his bedroom after previous searches.

ABC News says Zellner’s motion seeks “body fluid source testing” that could determine whether the DNA was blood, sweat, saliva or something else, which was not available at the time Avery was tried. In addition, says ABC, Zellner wants radiocarbon testing, “which could definitively establish the age of Mr. Avery’s blood found in the victim’s vehicle and determine, based on the age, if the blood was planted,” the motion says.

During the trial, state experts testified that they found Avery’s in several places in the Halbach vehicle. Age of the blood could matter because it could help bolster a planting theory if it was old blood because Avery’s first defense team claimed law enforcement officers planted old Avery blood at the scene that was maintained in a vial at the courthouse from his earlier wrongful conviction case. Again, they deny planting anything. A state expert testified that Avery blood drops in the car appeared to be from an active bleeder.

4. Zellner Has Said She Wants New DNA Testing in the Case & Asked the Appeals Court to Suspend the Briefing Schedule

In the Court of Appeals motion she filed on August 26, Zellner moves the court for “an order to hold this appeal in abeyance and to suspend the briefing schedule pending the resolution and completion of scientific testing” in the state case.

“Throughout his appeals, Mr. Avery has continued to assert his innocence,” says the new motion.

According to Fox 11, it’s not clear when the appellate court will decide Zellner’s motion.

5. Avery’s New Filing Comes After the Conviction of His Nephew Was Overturned

A federal magistrate judge based in Wisconsin stunned onlookers by overturning the conviction of Avery’s nephew, Brendan Dassey, in August 2016. The magistrate raised concerns about interrogation techniques used against the then 16-year-old Dassey, who was interviewed by law enforcement without an attorney or parent present and who is cognitively challenged.

The magistrate gave prosecutors 90 days to appeal the decision or retry Dassey or he will be released from prison. Prosecutors have not yet signaled their intentions in the Dassey case.

The Dassey decision is separate from Avery’s. Avery’s appeal is in state court, not federal court.