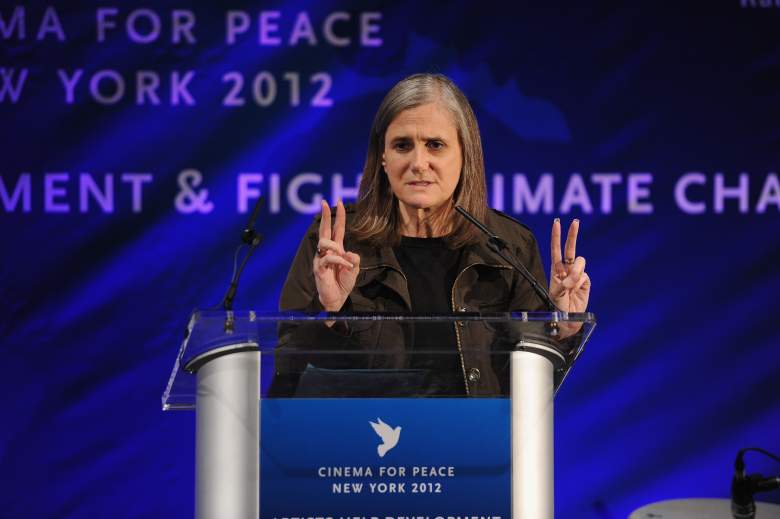 Amy Goodman of Democracy now speaks during Cinema for Peace New York 2012 at The Harvard Club on September 25, 2012 in New York City. (Getty)

Amy Goodman, a host and executive producer with Democracy Now!, is facing a criminal misdemeanor charge and an arrest warrant has been issued for her, said The Grand Forks Herald.

The newspaper said that a Red Warrior Camp protest organizer, Cody Charles Hall, is also charged with two criminal counts of trespassing. Thirty-eight people have been arrested in the course of the protests seeking to stop the four-state oil pipeline, the newspaper said.

Dramatic photos and videos of private security guards wielding guard dogs at the Native American protest on September 3 flooded social media, enraging some and driving more media coverage of the protests, which are being led by the Standing Rock Sioux tribe of North Dakota.

The charges come after authorities issued an arrest warrant for Green Party presidential candidate Jill Stein after she was videotaped spray painting a bulldozer blade at the protest against the multi-billion dollar oil pipeline.

1. Goodman Criticized the Charge as a ‘Violation of Freedom of the Press’

Democracy Now! published a statement from Goodman, in which she said, “This is an unacceptable violation of freedom of the press. I was doing my job by covering pipeline guards unleashing dogs and pepper spray on Native American protesters.”

You can see Goodman’s reporting in the video above. Her report started, “in North Dakota, security guards working for the Dakota Access pipeline company attacked Native Americans with dogs and pepper spray as they resisted the $3.8 billion pipeline’s construction.”

The Grand Forks Herald said Goodman “can be seen on news footage from September 3 documenting the clash” between protesters and security guards with dogs.

Hall, the protest leader, was arrested after “police stopped him in a vehicle with expired tabs” and charged him with trespassing in connection with the protests, said WDAZ.

On September 9, Goodman co-authored a newspaper column titled “Attack Dogs Can’t Stop Protest.” The column in the Spokesman-Review said, in part, “The battle against the Dakota Access Pipeline is being waged as a renewed assertion of indigenous rights and sovereignty, as a fight to protect clean water, but, most importantly, as part of the global struggle to combat climate change and break from dependence on fossil fuels.”

2. Some Protesters Were Bitten by the Dogs, Tribal Leaders Say

Other photographers also captured images of the guards with dogs.

After the September 3 clash between guards with dogs and protesters, the Standing Rock tribe said six protesters were bitten by dogs, including a child, and that many protesters were pepper sprayed. In turn, the company said guards and dogs were injured, and the Sheriff’s Department said some protesters were armed with hatchets and knives.

Goodman said on camera, “We interviewed one person after another who were bitten by dogs. And as one of the security guards was holding a dog whose mouth and nose were dripping with blood, I said to her, ‘Your dog is biting protesters.’ She simply moved down the line, and the dog moved on to attack more of the Native Americans.”

A protestor is treated after being pepper sprayed by private security contractors on land being graded for the Dakota Access Pipeline (DAPL) oil pipeline, near Cannon Ball, North Dakota, September 3, 2016. (Getty)

According to WDAZ, the North Dakota Private Investigation and Security Board is “investigating the use of dogs by security and whether the personnel were properly licensed or registered to work in the state.”

According to her biography on Democracy Now!, Goodman, is a host and executive producer of “a national, daily, independent, award-winning news program airing on over 1,400 public television and radio stations worldwide.”

The site says that Goodman has won many prestigious journalism awards, including the Nieman Foundation for Journalism 2014 I.F. Stone Medal for Journalistic Independence Lifetime Achievement Award at Harvard; the Right Livelihood Award, widely known as the “Alternative Nobel Prize”; the American Women in Radio and Television Gracie Award; the Paley Center for Media’s She’s Made It Award; and the Puffin/Nation Prize for Creative Citizenship.

Democracy Now! says that Goodman, who is based in New York, is a host and executive producer.

4. Jill Stein Was Also Accused of Vandalism &Amp; Says Goodman’s Warrant Is an Assault on the Constitution

The accusation stems from Stein’s appearance at one of the pipeline protests, in which she spray painted a bulldozer blade. ABC 7 says Stein has defended her actions, and said that her lawyers are cooperating with authorities.

Stein tweeted an article about Goodman’s arrest warrant, calling it “an assault on the 1st Amendment:”

North Dakota arrest warrant for journalist Amy Goodman of @democracynow is an assault on the 1st Amendment. #NoDAPL https://t.co/iEKlaUHOsE

Morton County Commission Chair Cody Schulz has said, according to a Facebook post from the Sheriff’s Department: “We have respected the right of individuals to protest even when protests have disrupted our community. It is now clear and obvious the fight needs to be moved from Morton County to a courtroom in Washington, D.C.” 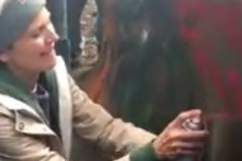 5. A Judge Sided Against the Tribe but the Justice Department Is Reviewing the Project Again 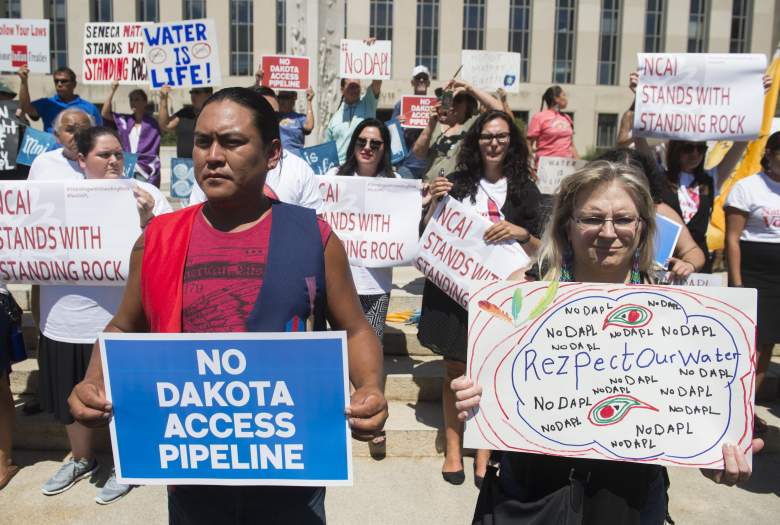 Protesters hold a rally with the Standing Rock Sioux tribe in support of a lawsuit against the Army Corps of Engineers and plans for the Dakota Access Pipeline outside the US District Court in Washington, DC, August 24, 2016. (Getty)

The protests over the Dakota Access Pipeline have been going on for months but escalated recently, culminating in the clash between security guards with dogs and Native American and other protesters.

On September 9, a federal judge ruled against the Standing Rock Sioux tribe leading the protest. The tribe says the pipeline could affect its water supply and claims its sacred burial sites were bulldozed.

However, the Department of Justice the same day put a temporary halt to the part of the pipeline that runs near North Dakota’s Lake Oahe, saying the government wants to review the permitting process used to approve it and meet with tribes to include them more in infrastructure decisions.

Dakota Access Pipeline Maps & Routes: Where Would It Go?