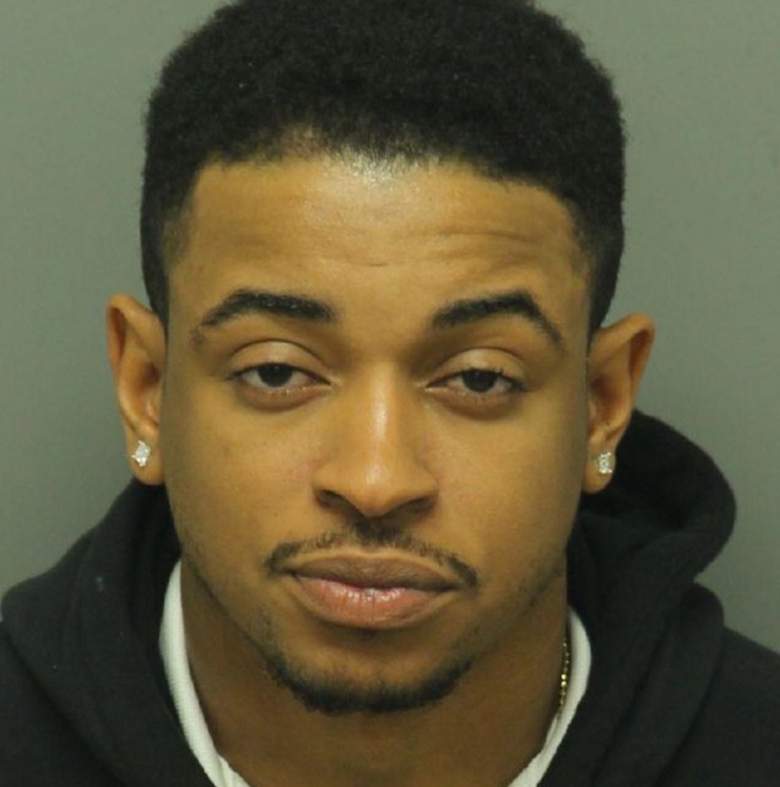 In September 2012, UNC sophomore Faith Hedgepeth was beaten and brutally murdered in her off-campus apartment. Her roommate, Karena Rosario, found her the next morning, lifeless, half-naked, and lying in a pool of blood. Karena’s ex-boyfriend, Eriq Takoy Jones, was named a person of interest in the case.

Read on to learn more about Jones.

1. Rosario Had a Restraining Order Against Him

Two months before the murder, Faith convinced Karena to get a restraining order against Jones, after he violently kicked two doors off their frames in the girls’ apartment. Karena had also been seen with multiple injuries to her body, that were reportedly inflicted by Jones. Roland Hedgepeth, Faith’s father, told Crime Watch Daily, “Faith took Karena to take out a restraining order. I think that very possibly Takoy may have had some ill feelings toward Faith for doing that.”

2. He Reportedly Said He Would Kill Faith If He and Rosario Didn’t Get Back Together

Earlier that summer, according to chapelboro.com, Jones was growing frustrated with Hedgepeth. He told Rosario that he hated Faith and would kill her if Rosario didn’t get back together with him. Police believe that Jones “considered [Hedgepeth] a barrier to his relationship with Rosario”, and was angry that she’d conviced Karena to get a restraining order against him.

3. He Posted a Suspicious Message on Facebook Before Faith’s Murder

Shortly before Faith was killed, Jones changed his Facebook cover photo to a quote that read, “Dear Lord. Forgive me for all of my sins and the sins I may commit today. Protect me from the girls who don’t deserve me and the ones who wish me dead today.”

4. He Sent a Text Message Before the Murder Asking His Friend to Forgive Him for What He Was About to Do

Police investigating the case were given permission to search Jones’ cell phone. According to chapelboro.com, they found a text message he had sent to a friend the day before Hedgepeth’s death, asking forgiveness for what he was about to do. He sent an additional Tweet asking someone else to forgive him, as well.

Earlier this year, Crime Watch Daily investigated Hedgepeth’s murder. They were able to obtain an audio recording  of a voicemail Faith left in what are presumably the final moments of her life. Though the voicemail has been in possession of the police for three years, they won’t reveal whether or not it has been analyzed.

Crime Watch Daily had the voicemail analyzed by forensic audio expert Arlo West, who specializes in pocket-dial phone calls. While discussing his background, West said, “I’ve worked on hundreds, if not thousands, of cases where people have pocket-dialed somebody.” His expertise and findings were, in fact, pivotal in the trial and conviction of Diana Saunders, who murdered her boyfriend in 2008.

After closely studying Faith’s voicemail, West was able to decipher some of what was said. He believes he hears Faith crying out for help, screaming “Ow!!!”, “Help me!”, and “Let me go.” Another female voice then says, “Don’t be a *****, put up a fight.”

West says he heard two female voices in the recording– one that is Faith’s, and the second that he describes as a “very angry female”, who at another point says, “I’m gonna kick your face, ****! I figured out that’s ****!”

West also hears at least two male voices, one of which says: “To our next victim.” The female then responds,  “Alright!”, and the male says, “Just throw it in the river!”

One of the two male voices then says, “I think she’s dying, and the other male says, “Do it anyhow!”

In another haunting section of the recording, West hears Faith say, “Please (inaudible) me. My hands are on fire! Help!” A male voice responds, “I’ll untie them. Her hands look like they’re on fire. I’ve got to hide them.”

Perhaps the most chilling portion of the voicemail is the sound of someone singing/rapping. People have argued that the rapping sounds like it’s coming from a nightclub (perhaps from where Faith was earlier that night with Rosario), but the forensic expert believes it’s the melody of a T-Pain song, “Booty Wurk”. He argues that there would be more background noise in the voicemail if they were in a club.

Towards the end of his discussion with Crime Watch Daily, West says, “I hear the name ‘Eric’, clearly. I hear the name ‘Rosie’.”  When asked how confident he is that he’s hearing these names, he says he’s very confident– he wouldn’t put them in the transcript unless he was certain.

Loading more stories
wpDiscuz
3
0
Would love your thoughts, please comment.x
()
x
| Reply
Eriq Takoy Jones was named a person of interest in the 2012 murder of UNC student, Faith Hedgepeth. He is the ex-boyfriend of Faith's roommate, Karena Rosario.