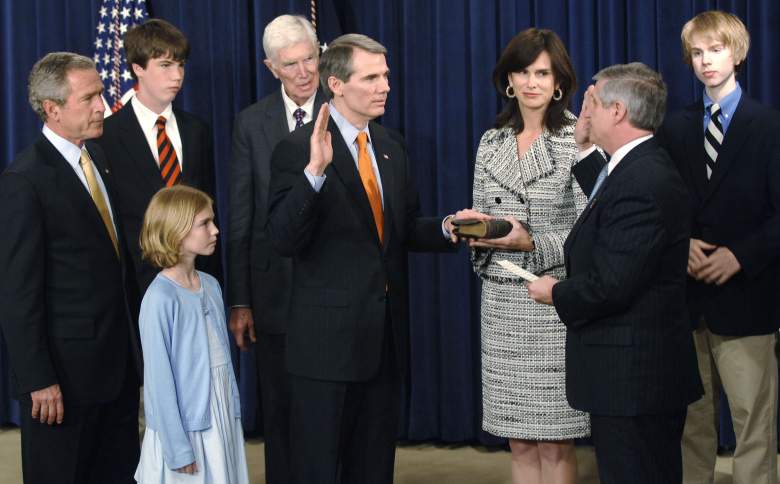 Jane (Dudley) Portman, 56, is the wife of Senator Rob Portman seeking re-election in Ohio this November. Although Portman is leading in the Huffington Post poll averages against his Democratic challenger Ted Strickland, Ohio is a toss-up state that could go blue and help to swing Senate control back to Democrats.

As campaigning intensifies in the lead up to the election, the campaign trail is likely to see both Rob and Jane out in full-force: not only is Jane actively involved in her husband’s bid for re-election, but her previous work in campaigning may make her well acquainted with the demands of the role.

Here’s what you need to know about Jane Portman. 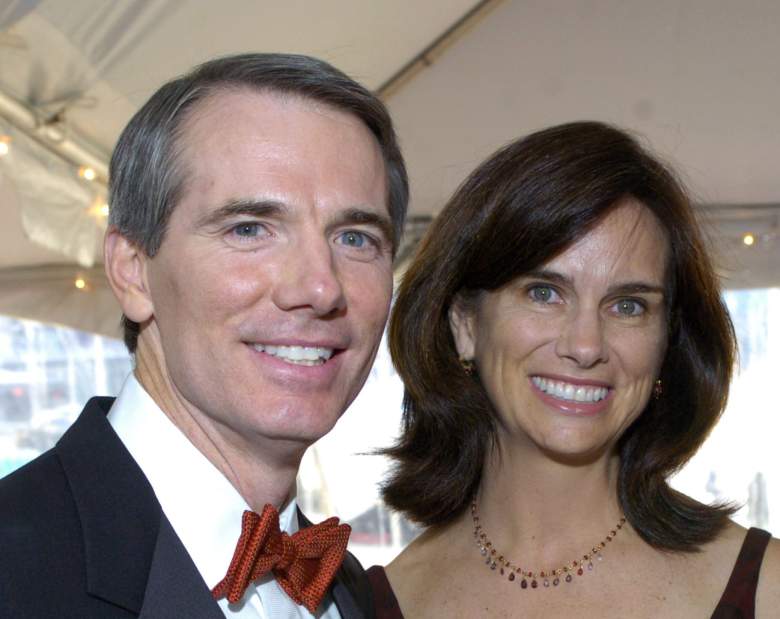 Portman, a former Democrat-turned-Republican, has also worked in multiple capacities within politics. According to an interview with Cincinnati Magazine, in 1972, when Portman was only in seventh grade, she began at the state house of North Carolina campaigning for family friend Lawrence Davis. Later she worked with the North Carolina Senate campaign for Jim Hunt, but when Hunt lost the election she then worked for Tom Daschle’s Senate campaign in South Dakota as a legislative correspondent, “the low person on the legislative totem pole” according to Portman.

She was also a White House intern for President Jimmy Carter, and at Vanderbilt she majored in political science. Portman told Cincinnati Magazine that her interest in politics is longstanding and started very young, but her work for Daschle in South Dakota was particularly enlightening:

The issues I handled were new to me, and sort of South Dakota–focused—hunger and Native American issues. I learned a lot about the issues and more about politics and policy and the joy of being in Washington. I saw it as a place where a lot of good people go to try and make a difference.

2. She Met Husband Rob on a Blind Date in Cincinnati

In 1983, Jane Dudley was set up on a blind date with now-husband Rob Portman by her aunt and uncle. The couple, living in Cincinnati, were friends with Rob’s parents and believed that the two might hit it off over their shared love of adventure travel (Rob was preparing for a kayaking trip to China, while Jane had just returned from hiking in the Himalayas). While Portman has said that the first date was just “ok,” she stayed in touch with Rob and only after they went together on a rafting trip, and then both moved to Washington D.C., did they start dating. Portman told Cincy Magazine in 2010:

When we met, what we enjoyed about getting to know each other was our mutual interest in public policy, service and the government. I’m not sure how anybody knows how their life is going to unfold, but it’s been great.

According to the Senator’s campaign, the couple have been married for 30 years, and have three children, daughter Sally and sons Will and Jed. The family live in the Terrace Park neighborhood of Cincinnati with their dog Chuck and Jane’s flock of chickens.

Both Portman’s mother and her grandmother died of breast cancer, and her personal connection to the disease has made her a strong advocate of the need for increased research funding. She and Senator Portman are the honorary chairs of and active participants in the Ride Cincinnati charity cycling event.

In addition, Portman’s active civic engagement includes seven years serving as a trustee on the Children’s Hospital Medical Center board, as well as volunteering both as a tutor at Cincinnati public elementary schools and 12 years as a driver for Meals on Wheels.

4. She Used to be a Democrat

According to Portman, she and her Senator husband found common ground with a “consolidation agreement“: she would become a Republican for him, if he became a Methodist for her. Portman says that the change for her from Democrat to Republican was not a huge leap, as she had always been on the conservative end of the Democratic spectrum, but that it was much more important to her that she and her husband share the same faith and raise their children in the Methodist denomination (as opposed to his upbringing in the Presbyterian faith). She also notes that while she and her children have the Portman last name, they all share her maiden name, Dudley, as a middle name.

5. She is Hands-On With Her Husband’s Re-Election Campaign

No stranger to politics herself, Portman is actively engaged in the Senate campaign for her husband. She leads the “Women For Portman” effort to engage women across Ohio to become involved in Portman’s bid for re-election. Portman told Cincinnati Magazine that although some spouse of politicians choose to be less involved, she isn’t one of them and truly enjoys working the campaign trail:

It really runs the gamut, the involvement of spouses. Some want an arm’s length-distance from the work their [spouse] is doing. I really enjoy it. I enjoy the campaign; I’ve enjoyed getting out and going different places. As a family, we’ve done parades and gone to county fairs. I’ve also done some speaking on my own to different groups. I like being able to participate, to disengage when I want and to plug in when it works.