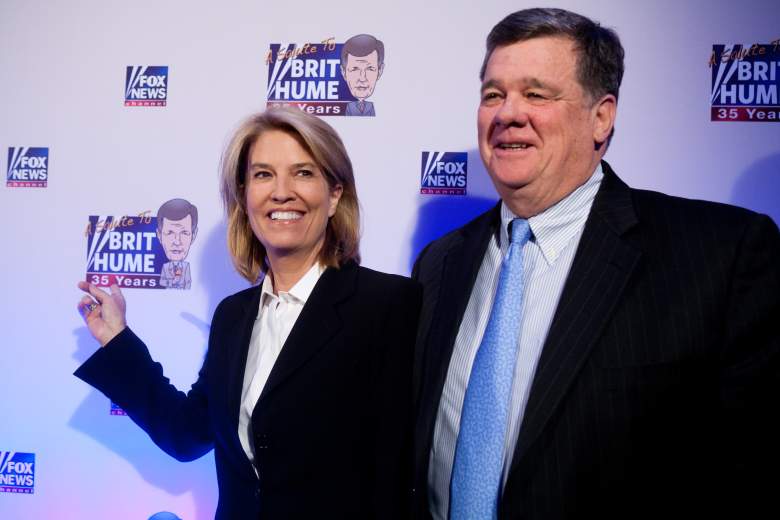 John P. Coale is the husband of journalist Greta Van Susteren, who just announced that she is leaving MSNBC after only six months at the network.

Van Susteren stayed in Washington, D.C. to host For The Record With Greta, MSNBC said. Her show aired at 6 p.m. and debuted in January.

Her decision to leave Fox News last fall after 14 years was abrupt and, according to Politico sources, came over a financial dispute.

“Fox has not felt like home to me for a few years and I took advantage of the clause in my contract which allows me to leave now. The clause had a time limitation, meaning I could not wait,” Van Susteren wrote on Facebook. “I love my staff, I love my colleagues, and I love the crews. That is the hardest part of this decision as they are wonderful people.”

Coale and Van Susteren have been married since 1988 and have no children together. Coale was married twice before marrying Van Susteren.

Coale is a retired tort lawyer whose political connections on both sides of the aisle have often forced Van Susteren to defend herself. Coale has also faced medical challenges in recent years, including a battle with throat cancer and heart surgery.

Here’s a look at Coale’s life and career.

1. Coale Was a Self-Professed ‘Ambulance Chaser’ & Was Known as ‘Bhopal Coale’ For Representing Victims of the Bhopal Gas Disaster in India

Coale described himself as an “ambulance chaser” in a 1998 profile by the St. Petersburg Times. He first gained notoriety by rushing to India after the 1984 gas disaster in Bhopal, India. In the disaster, over 500,000 people were exposed to deadly gas and chemicals. Over 3,780 people were killed, although there are claims that as many as 16,000 died as a result.

A 1993 Los Angeles Times profile notes that Coale was the first American attorney to arrive in Bhopal.

“Bar associations are upset and worried about lawyer image,” Coale told the LA Times in 1993. “But surveys tell you the reason people don’t like lawyers is they don’t do a good job. If you do a good job, your clients love you.”

Coale also earned the nickname “Master of Disaster,” since the Bhopal disaster was only one of the many that caught his attention. He also represented victims of the 1986 Dupont Plaza Hotel fire in Puerto Rico and a 1991 North Carolina chicken-processing plant fire. 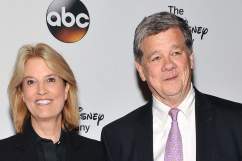 Does Greta Van Susteren Have Children? Is She Married?

2. He Was a Main Negotiator in the Tobacco Industry’s 1997 $368 Billion Settlement With the Government

On the bio posted on his blog, Coale notes that he was a principal negotiator in the Tobacco Master Settlement Agreement, in which the five largest tobacco companies agreed to pay $10 billion annually for the indefinite future to 46 states. The settlement also set new standards for how cigarettes are marketed and banned marketing to children.

When the deal was first announced, the tobacco companies were required to pay $368.5 billion over a 25-year period.

After the tobacco deal, Coale retired and began focusing on politics. Meanwhile, Van Susteren was climbing the media ranks after her coverage of the O.J. Simpson murder trial. Her most recent show was On The Record on Fox News. 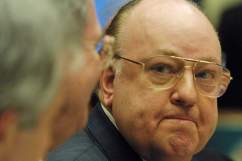 3. Coale & Van Susteren Are Both Scientologists & Coale Joined to Deal With His Drug ‘Problem’

In April 2015, Coale attended the infamous Baltimore Orioles game that had zero fan attendance. The MLB barred fans from attending the game out of concern over the Freddie Gray riots. (Twitter/@johnpcoale)

In the 1998 St. Petersburg Times profile, Coale revealed that he became a Scientologist in the early 1980s. He explained:

I did a lot of drugs back in college. Into the ’80s, I didn’t do a lot of them, but I felt that I wanted to handle this problem, and Scientology handled it.

In 2009, when Coale was an adviser for Sarah Palin, Gawker discovered paperwork from 1986 in which Coale had a plan for Scientology to be involved in the “MONEY and VOTES game” to earn influence in Washington D.C. In an interview with Gawker though, Coale insisted that he has never used his political influence to advance the cause of Scientology. He said of the 1986 memo, which detailed the creation of the FLAGG PAC:

I thought it was a brilliant idea, but no one else did, so it never went anywhere. I was looking at ways to move a new religion forward. I looked at the history of Mormons, who had a lot of people in office, and I looked at the Jews, who were very successful and influential. But the church didn’t want to be part of it. They didn’t want to be misconstrued. There was one small meeting with parishioners in DC. Maybe 9 or 10 people showed up.

4. He Supported Martin O’Malley During the Presidential Primaries, but Worked For Sarah Palin & Herman Caine in 2012 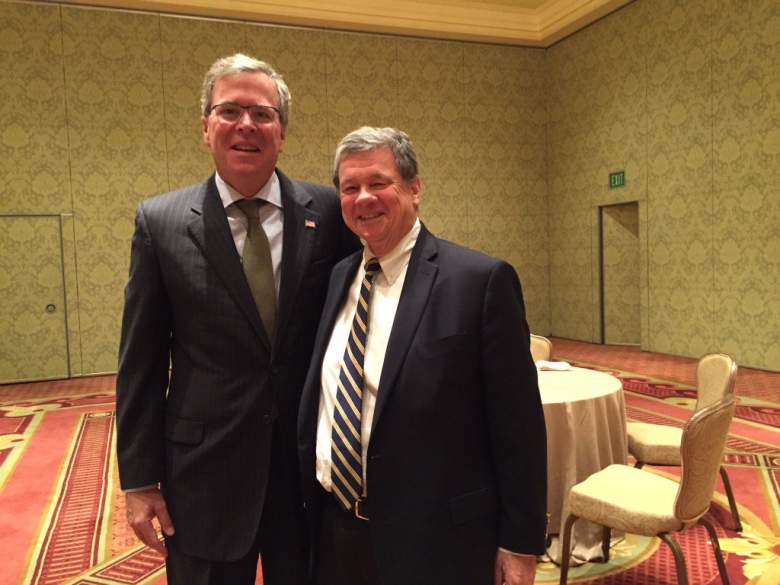 In April 2015, Coale’s relationship with former Maryland Governor Martin O’Malley was the subject of a Washington Post profile. Coale traveled with O’Malley during O’Malley’s presidential campaign. He supported the former governor, despite his long shot chances at becoming the Democratic nominee.

Coale has donated over $77,000 to O’Malley and have been friends for over 15 years. After O’Malley left the Maryland governor’s house, Van Susteren and Coale listed their $1.8 million Annapolis home. Coale admitted that there was “a little truth” to rumors that they couple – who also own homes in Clearwater, Florida; Vermont; and Nantucket, Massachusetts and a New York apartment – didn’t have a reason to remain in Annapolis without O’Malley as governor.

Coale has supported candidates on each side of the aisle. He backed John McCain in 2008, advised Sarah Palin when she was thinking about a presidential run and was an unpaid adviser for Hermain Caine in 2012. He’s also a close friend of Hillary Clinton’s.

In 2011, Van Susteren was forved to defend her husband’s political ties. She wrote on her blog at the time that Coale has never “taken a dime” from any of his political friends.

My husband has never worked for any of them nor taken a dime from any of them. He is not a lobbyist (never has been) and he is not looking for a job. These are simply his friends … people he finds interesting. As friends, he gives them advice, and they give him advice … he tells them things and they tell him things … Many in the media have spouses—unlike my husband—who actually WORK for politicians and or in government.

“Because she’s used to me being friends with all these people, it probably didn’t occur to her,” Coale told The Daily Beast in 2011 when asked why Van Susteren didn’t say anything earlier about her husband’s ties.

Will Roger Ailes be Fired as Fox News CEO? 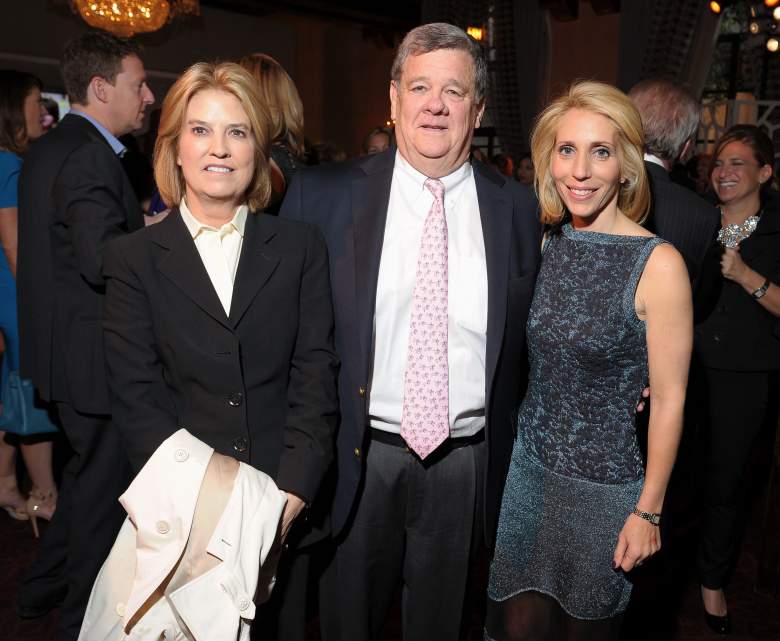 In 2013, Van Susteren revealed that Coale was battling throat cancer. In response to headlines that called it “devastating news,” Van Susteren wrote:

…It is not devastating. We are lucky! It was caught early and with radiation there is only a 10% chance it will return. Radiation is horrible but you live. Others are not that lucky and get great a great prognosis — we are — and I don’t want to take away from those who have a much more serious medical situation.

Van Susteren wrote that her husband was diagnosed in December 2012 and had “4 or 5 surgeries in January and February” 2013.

In 2015, he underwent open-heart surgery, which he called an “overhaul” in his interview with the Washington Post.

In a September 6, 2016 interview with the New York Times, Coale described his wife’s Fox News exit as “tense.” He said that there is “so much chaos” at Fox News and is “very hard to wok there.” He teased possible “litigation in the future” against Fox News.

Loading more stories
wpDiscuz
7
0
Would love your thoughts, please comment.x
()
x
| Reply
John P. Coale has been married to Greta Van Susteren since 1988 and his relationship with politicians has proved troublesome in the past for her.