You can watch here. Warning, it is graphic, although shot from a distance. Police said in a media advisory, “Copies of the cell phone and surveillance video will be distributed at the briefing.” The news conference with El Cajon police and the D.A. was supposed to start at 2 p.m. California time but was slightly delayed because of the line of reporters outside the door waiting to get in, live news broadcasts revealed. However, shortly after 2:30, the press conference got underway. Watch:

Here’s a replay of the shooting video the police played at the news conference:

The cell phone video captured by a citizen showed the shooting death of Olango, 38, who, police have said previously, held only a vape electronic device. ABC 15 San Diego reporters said during their live broadcast of the press conference above that police had asked local businesses to shut down because they are worried about the public reaction to the video.

Here is a picture of the vape electronic device police say Olango was holding:

In a previous news release, police said, “The vape has an all silver cylinder (Smok TFV4 MINI) that is approximately 1” diameter and 3” long that was pointed toward the officer. The box of the vape that was held in his grip, is 4” x 2 1/4”s x 1” (Pioneer for You Vape). The vape was collected as evidence from the scene.”

Dr. Andre Branch, the branch of the NAACP San Diego, said at the start of the news conference: “Our thoughts and prayers are with the Olango family.” He also commended the El Cajon police chief for releasing the video of the shooting. “This is the action that should follow any and all police involved shootings,” he said. “Full disclosure to the public builds trust, and it demonstrates respect.”

One of the officers involved was identified as Richard Gonsalves, and El Cajon Chief Jeff Davis said Friday that Gonsalves was the officer who fired his gun. Officer Josh McDaniel used a taser.

Police said in a previous news release and press conference that Olango had assumed a shooting-like stance, holding the device with two hands in a manner that resembled how a person would hold a firearm. Police previously released a still photograph from a single frame of the citizen video that they said captured that point:

They said in a news conference previously that Olango had pointed that device at the face of the officer who shot him. Citizen eyewitnesses had previously claimed on video that Olango had his hands outstretched and was pleading with officers not to shoot him when one fired (the other deployed a taser, police said previously).

However, police had said previously on Twitter that Olango did not have his hands in the air when the officer fired. The El Cajon police had faced increasing pressure to release the full video from Olango’s family and their attorney as protests have erupted in the San Diego community for days.

Olango’s sister’s grief at the scene was captured in a dramatic Facebook Live video viewed by thousands of people. She had called 911 in the first place seeking help for her brother.

Sister of Man Shot by El Cajon Police | Facebook Live Stream 9/27/16Breaking reports of a 30 year old unarmed Black Man shot by El Cajon Police, who was allegedly having a seizure when his sister called 911 for assistance, witnesses say the man had his hands up when shot. Police also confiscated all witnesses cell phones and told them not to talk to anyone… Stay Tuned…2016-09-27T23:31:33.000Z

Police say they found Olango wandering in traffic when they arrived, and the shooting ensued. His family has said he was having an emotional breakdown and wasn’t mentally ill. 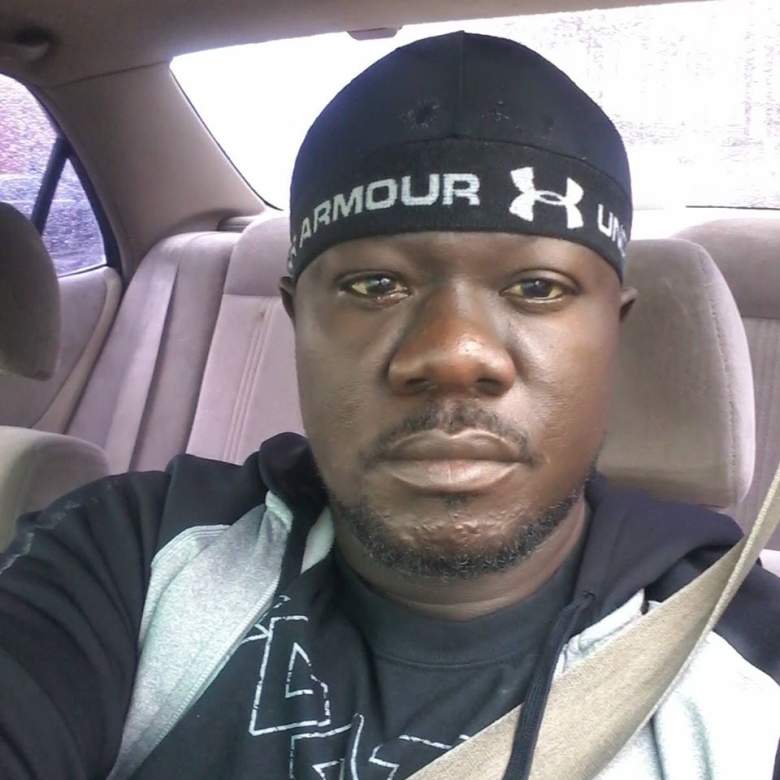 Olango, a refugee from Uganda, had a criminal history and immigration officials had unsuccessfully tried to deport him, The Los Angeles Times said. He was also a father who was working as a cook, his Facebook page said.

His death was the latest in a string of police shootings of African-American men to cause outcry in American cities. 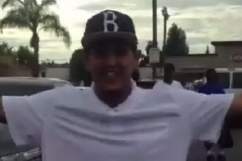 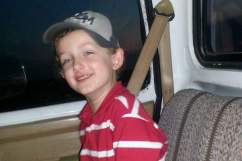 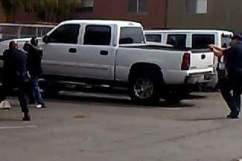