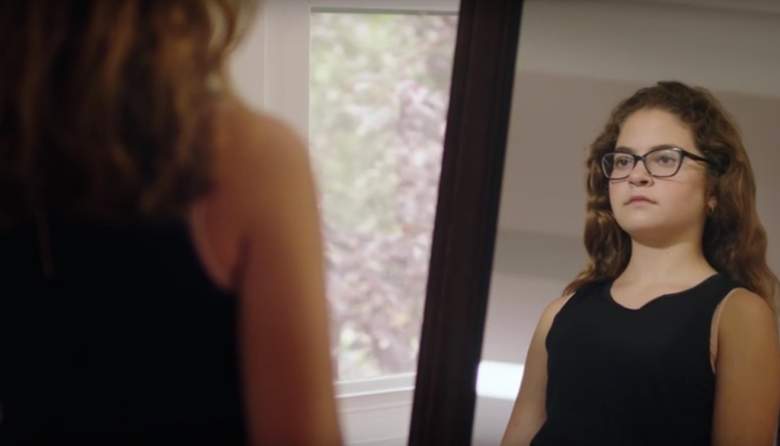 Hillary Clinton‘s campaign dropped a new ad today targeting GOP presidential candidate Donald Trump for his comments about women, asking viewers “Is this the president we want for our daughters?”

The 30-second ad is entitled, “Mirrors,” and it opens up with Clinton hugging a girl. Piecing together Trump comments, the video shows young women getting ready for their days, mostly in front of mirrors, while Trump makes comments like “I’d look her right in that fat, ugly face of hers…” and “She’s a slob…” and “She ate like a pig…” among others.

The selected Trump’s comments were about Rosie O’Donnell, whom he called “fat” and “ugly;” and about Kim Kardashian on the Howard Stern show in 2013.

“Do you treat women with respect?” the interviewer asks Trump.

“Uh, I can’t say that either,” Trump replies.

According to CNN, per a Clinton press release, the ad will air in battleground states of Ohio, New Hampshire, Iowa, Florida, Nevada, North Carolina, Pennsylvania and on national cable.

Some of the latest state polls have Trump up in Iowa and closing the gap on Clinton in Colorado (Quinnipiac); Trump leading in Florida (Suffolk); and the two candidates in a dead heat in North Carolina (New York Times/ Siena). Clinton is up as much as 9 points in Pennsylvania (Morning Call).