A Maryland-based blogger is being sued alongside Daily Mail Online for libel by Melania Trump. The lawsuit claims Webster G. Tarpley and the British news site made false and defamatory statements about her involvement in an escort service.

Tarpley, a 69-year-old author, journalist and self-described “philosopher of history,” published his story on August 2 on his website, Tarpley.net. It was later retracted.

Tarpley and the Daily Mail have not commented about the lawsuit. It is not known if they have hired attorneys.

The lawsuit was filed September 1 in the Circuit Court for Montgomery County, Maryland.

“These defendants made several statements about Mrs. Trump that are 100% false and tremendously damaging to her personal and professional reputation,” said Charles Harder, the attorney who is representing the wife of the Republican presidential nominee, Donald Trump, in a statement.

You can read the full complaint below:

Harder, who represented wrestler Hulk Hogan in his lawsuit that bankrupted Gawker, said the “defendants broadcast their lies to millions of people throughout the U.S. and the world—without any justification. Their many lies include, among others, that Mrs. Trump supposedly was an ‘escort’ in the 1990s before she met her husband.”

He called their actions “so egregious, malicious and harmful to Mrs. Trump that her damages are estimated at $150 million dollars.”

Harder issued a retraction and apology on August 22, after being contacted by Melania Trump’s attorney, according to the lawsuit.

He put the retraction on his website in a post titled, “Formal Retraction of Factual Assertions and Innunendos Regarding Melania Trump.

“While the tarpley.net editors, writers and contributors did not generate said rumors, the briefing in question was not diligent in fact-checking or maintaining a healthy distance between innuendo and fact,” the post said. “As such, Webster G. Tarpley, as editor of the content that appears on tarpley.net, hereby officially retracts the August 2, 2016 morning briefing in full and apologizes to Mrs. Trump for any duress and harm she may have endured as a result of the contents of the August 2, 2016 morning briefing.”

Daily Mail Online also posted a retraction and apology on September 1, after the lawsuit was filed.

3. He Has Written Several Books & Hosts a Weekly Radio Show Along With His Website

Tarpley is the author of several books and hosts a weekly radio show, World Crisis Radio, online each week.

His first book, George Bush: The Unauthorized Biography, was published in 1992. He has also written books about Barack Obama, Mitt Romney and the financial crisis.

According to his website, Tarpley is originally from Pittsfield, Massachusetts. He graduated from Princeton in 1966, was a Fulbright Scholar in Italy and earned master’s degrees from Skidmore College and Catholic University.

4. He Has Written & Talked About Several Conspiracy Theories & Has Claimed 9/11 Was a ‘False Flag Operation’

Tarpley has written and talked often about conspiracy theories, including his belief that 9/11 was a “false flag operation” carried out the military-industrial complex. You can watch a video of him talking about that theory below:

He has also claimed that Edward Snowden’s leaks about the National Security Agency were a “CIA limited hangout operation” in which the agency published minor information to conceal greater misdeeds.

5. He Has Been an Outspoken Critic of Donald Trump Throughout His Presidential Campaign

Tarpley has been critical of Donald Trump on his website .

Trump, as has been widely noted, does not care about facts or accuracy. He has total contempt for facts and for reality in general, and many of his followers share in this attitude. How can he deport 12 million Latinos? How can he force Mexico to build and pay for a wall? How can the figures in his demagogic budget plan add up? The answer is always that mere reality will always yield to the ruthless exercise of Trump’s Triumph of the Will — meaning his dynamism, the force of his personality, his determination, his bold courage, and so forth. This is of course an exercise in the pathology of magical thinking, which assigns supernatural powers to the fascist hotelier. 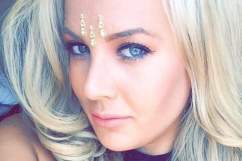 Loading more stories
wpDiscuz
17
0
Would love your thoughts, please comment.x
()
x
| Reply
Webster G. Tarpley, a Maryland-based blogger, is being sued along with the Daily Mail for libel by Melania Trump. She is asking for $150 million in damages.