The mugshots of the three Kansas men accused in the terror plot.

The Justice Department has accused three men of allegedly conspiring to bomb a Kansas apartment complex filled with Somali immigrants as part of a militia group they dubbed “The Crusaders.”

Curtis Allen, Gavin Wright, and Patrick Stein had allegedly “talked about filling four vehicles with explosives and parking them at the four corners of the apartment complex in Garden City, Kansas,” CNN says, citing the government.

The Justice Department press release says the men, all from Kansas, “appeared in federal court to face a charge of conspiring to use a weapon of mass destruction (explosives), in connection with their plot to detonate bombs at an apartment complex in Garden City, Kansas where Somali immigrants live and worship.”

U.S. Attorney Tom Beall said the investigation took authorities “deep into a hidden culture of hatred and violence,” according to KSHB-TV. At least two of the men filled their social media pages with political rhetoric, with one writing that he was supporting Donald Trump for president. Crusaders’ members referred to Muslims as “cockroaches,” according to the criminal complaint.

1. The Government Says the Men Were Part of a Militia Group Called ‘the Crusaders’

According to the Justice Department release, the three men “were key members of a militia group that referred to itself as the Crusaders. A confidential source attended meetings of the group and provided the FBI with information about the defendants’ activities.”

The criminal complaint says, “This is a militia group whose members support and espouse sovereign citizen, anti-government, anti-Muslim, and anti-immigrant extremist beliefs.”

The charging document contends that the government had an informant “who has attended numerous Crusaders meetings where plans were discussed to carry out a violent attack against Muslims (whom the group members refer to as ‘cockroaches’) in southwestern Kansas. These groups meet in person frequently, as often as once per week.”

The criminal complaint alleges that the men “conducted surveillance to identify potential targets, stockpiled firearms, ammunition and explosive components, and planned to issue a manifesto in conjunction with the planned bombing,” the government contends.

The attack, the defendants said, would be intended to “wake people up,” according to the government, which adds that the Somali apartment complex was “occupied by men, women and children.”

KSHB says the government also sent a confidential source to attend “meetings of a militia group called the Kansas Security Force in an investigation of its activities against Muslims in southwestern Kansas.”

According to KSHB, the Crusaders “has militia and sovereign citizen ties.”

Wright’s photos on Facebook show scenes of bowling, his children, and motorcycles. He says that he is the former owner and manager of a mobile home company in Liberal, Kansas.

He shared memes about terrorism. According to the criminal complaint, when plotters’ discussion turned to burning mosques, Wright allegedly said, “Yeah, during prayer time.”

He shared a quote from Senator Ted Cruz about changing the way Washington works, and posted pro-gun commentary.

He studied at Kansas State University, his Facebook page says. Wright and the other two defendants face possible life prison terms if convicted.

3. Allen Wrote on Facebook That He Was Supporting Donald Trump for President

Allen’s Facebook page is filled with anti-Muslim rhetoric and also contains a lengthy post explaining why he was supporting Donald Trump for president. In the post, Allen writes that he supports Trump because “I do not see him as a party member, part of the problem! I do see him as an outsider, bringing a new outlook to the govt.” This is what he wrote:

Fellow Americans, here we sit once again as a divided nation at the onset of one of our most important elections! We gotta see past all the media BS and brain washing! Each and every citizen has the right to vote for who ever they see fit! I, of course want you to vote for the candidate that I support and yes I will try to change your mind, like you do me, and give reasons why! That’s all part of it! But in the end your choice is yours! Over the years, and I have said this many times, the two party process has broken! I do not believe there is truly two different parties. I believe here is a hidden agenda and if anyone will take the time too look this cannot be denied! I personally back Donald Trump because even tho he is running under the republican ticket I do not see him as a party member, part of the problem! I do see him as an outsider, bringing a new outlook I to the govt. I do not think he is part of the hidden agenda that both parties talk about openly now! Time will tell! And if it turns out he has been lying to the American people and he doesn’t do what’s right for the people and this nation then appropriate action will be taken!! What I do know is this. Hillary Clinton cannot allowed to be in office. Her actions as far back as an attorney in Ark. show her as a lying manipulative beast that deserves to be In Prison. There is NO denying this! The last thing we need as a nation is to have her put in office just because she is a woman! All I ask is before casting your vote, get off your butts long enough to do a little research and look into what the person has done in the past, and what they are running on! She is openly running on disarming the American people!! Putting Americans In relearning centers and fema camps! She actually says these things at her rallies! The division between trump and Cruz voters have hurt feelings and caused chaos among the republican voters! All I can ask is to not take it personal, don’t be so offended that you don’t get out and vote! That would be a huge dis service to our nation when we need you the most! Me personally, I would of voted for Cruz if he would of got the nomination because I understand that not voting makes it a shoe in for Clinton. The way our govt is, I’m not sure this hasn’t been the plan all along!! So, with all that being said I am asking for all Americans to look into their candidate!! I am asking that all republicans come together as a nation! Thanks and. God Bless our Great nation once again!!

Allen also posted a picture of President Obama holding a burning Declaration of Independence. Other posts on Allen’s page include a story about Chinese security forces executing Muslims and conspiracy theories about the federal government, such as one about the government supposedly preparing to declare martial law. Allen wrote on that post, “Tic toc tic toc!! Were all too stupid I guess to pay attention. People please!!”

The government contends that Allen said at a meeting, ““We need to get some signs made up…hundreds of them, kind of like the redneck deal, ‘here’s your sign’ and just put right there on it: I SUPPORT ILLEGAL IMMIGRATION, I GO AGAINST THE CONSTITUTION ON A DAILY BASIS, I DO NOT HAVE ANY CARE FOR MY FELLOW CITIZENS IN THE STATE OR IN THE TOWN THAT I REPRESENT…and then for every one of them that we blow the top of their head off we just put that around their neck.”

In April, he posted, “Folks, according to the Govt. and main stream media, do you know who is considered the biggest threat to the nation? It’s interesting. It’s listed as Veterans, Christian groups, Constitutionalists. have you seen or heard of an attack from any of these groups on this country?? Why would the govt. put this out?? Is it because most of the sheeple in this nation follows main stream media without question??”

The Justice Department alleges that, on October 12, Stein “met with an undercover FBI employee in rural Finney County, Kansas. After examining and test firing automatic weapons, Stein took the source to see the apartment building that the defendants were targeting in Garden City, Kansas. Stein said he would provide ammonium nitrate for the bomb and contribute $200 to $300 for other materials.”

According to the press release, Stein also allegedly talked with the undercover employee about defendant Allen’s arrest in a domestic violence case in Liberal, Kansas the previous day and said he was “concerned that Allen’s girlfriend would give the Liberal Police Department in Kansas information about the defendants’ plans.”

The complaint alleges that Stein “at various times yelled at Somali women dressed in traditional garb, calling them ‘f–king r-ghead b-tches'” and referring to Somalis as “cockroaches” and “said several times that they needed to eliminate the Somalis. During the surveillance, Stein had with him a pistol, an assault rifle with several magazines, a ballistic vest, and a night vision scope.”

The government also contends that Stein, in a conference call, said “Make sure if you
start using your bow on them cockroaches, make sure you dip them in pig’s blood before you
shoot them.”

Stein also allegedly said, he “wanted to just go do something. He said he wanted to get a .22, go over to Garden City, Kansas, start kicking in the doors of the Somali apartments, and kill them one by one.” The complaint also contends that Stein referenced the Orlando mass shooting at the Pulse nightclub and said Muslims should be targeted in response.

5. The Government Says the Men Were Plotting to Blow up the Building the Day After the Election 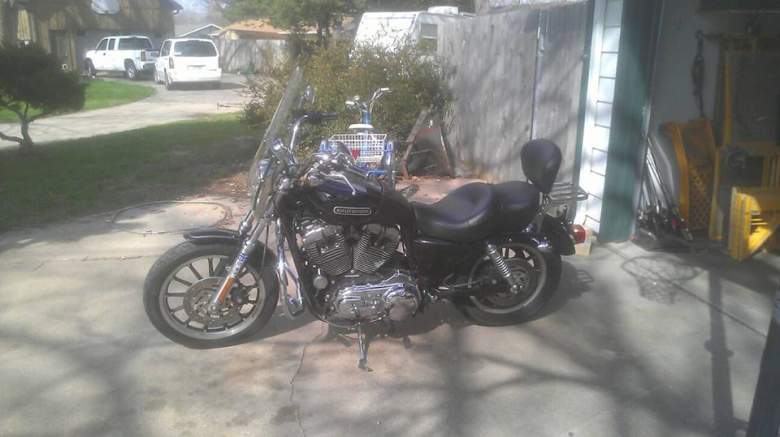 The cover photo from the Gavin Wright Facebook page.

According to KSHB, Garden City, Kansas “is home to a Tyson Foods beef slaughterhouse that has drawn a diverse immigrant population to the area.”

KWCH says the government contends the men “planned to carry out the attack on November 9, the day after Election Day.”

The criminal complaint alleges the men communicated using a conference call app about their plans. The apartment complex contains a mosque, the complaint says.

Read More
5 Fast Facts, Breaking News, Immigration, Islam, Islamophobia, Kansas
Curtis Allen, Gavin Wright and Patrick Stein of Kansas are accused by the government of being part of a militia called The Crusaders and allegedly plotting to blow up an apartment complex with Somali immigrants.