With polls showing Donald Trump trailing Hillary Clinton in the presidential race, the Republican nominee has repeatedly claimed that the election is “rigged” against him.

“The process is rigged,” Trump said last Friday in Greensboro, North Carolina. “This whole election is being rigged. These lies spread by the media without witnesses, without backup or anything else, are poisoning the minds of the electorate.

While Trump supporters have expressed agreement about his claims, many, including Republicans, have called Trump’s rhetoric dangerous.

1. Trump Has Claimed the Media, the Clinton Campaign, GOP Leaders & Big Business Are Conspiring Against Him

Trump’s claims of a rigged election have focused heavily on a conspiracy by the media, the Clinton campaign, some GOP leaders and big business leaders are conspiring against him.

He has called the media an extension of Clinton’s campaign.

“We’ve seen this firsthand in the WikiLeaks documents in which Hillary Clinton meets in secret with international banks to plot the destruction of U.S. sovereignty in order to enrich these global financial powers, her special interest friends and her donors,” Trump said during a speech in Florida.

He added, “the most powerful weapon deployed by the Clintons is the corporate media, the press.”

Trump has also said Republican leaders, like Speaker of the House Paul Ryan, are part of the conspiracy to keep him out of the White House.

2. He Has Also Said the Election Is Being Rigged ‘At Many Polling Places’

While Trump’s supporters and his running mate, Indiana Governor Mike Pence, have dismissed criticism that Trump is alleging widespread voter fraud, he has made references to the election being rigged “at many polling places.”

In one tweet, Trump alluded to voter fraud occurring in inner cities:

Of course there is large scale voter fraud happening on and before election day. Why do Republican leaders deny what is going on? So naive!

Studies have shown that voter fraud is rare, according to PolitiFact.

Many battleground states are controlled by Republican governors and secretaries of state.

“No, they should not. America’s and Ohio’s election system is as secure as it’s ever been. And people should have confidence in it. And I hope all the presidential candidates and political parties will help us build confidence,” Husted told NPR.

He said there is no evidence of large-scale voter fraud in his state.

“There is not evidence of any of that. In Ohio, we pride ourselves in making our state a place where it’s easy to vote and hard to cheat,” Husted said. “I want to reassure Donald Trump as a Republican that this is not happening across the country. He may have heard reports of it, but we need facts. And right now, there are no facts that support his claims.”

3. A Poll Shows 41 Percent of Voters Think the Election Could Be ‘Stolen’ From Trump

As Trump touts his claims of a rigged election at rallies around the country, a recent polls shows that many believe him.

A new Politico/Morning Consult poll released this week shows that 41 percent of voters think the election could be “stolen” from Trump, according to Politico.

The poll also showed 73 percent of Republicans think the election is rigged, compared to just 17 percent of Democrats.

“The results show that voters are increasingly losing confidence that votes around the country will be counted accurately on Election Day,” Kyle Dropp, cofounder and chief research officer at Morning Consult, told Politico. “The sentiment especially rings true among Trump’s supporters, with half expressing concern about a ‘rigged election.'”

4. John Kasich Compared Trump’s Claims to Saying We Didn’t Land on the Moon

Many Republicans have criticized Trump for claiming the election is being rigged, including his former rival, Ohio Governor John Kasich.

In an interview with CBS This Morning, Kasich called the claims “silly,” and compared them to other conspiracy theories.

“Look, to say that elections are rigged and all these votes are stolen — that’s like saying we never landed on the moon, frankly,” said Kasich. “That’s how silly it is.“I don’t think it’s good for our country, for our democracy, and I don’t believe we have any massive fraud. We don’t have that. That’s just a silly argument.”

House Speaker Paul Ryan also spoke out against the “rigging” claims, saying in a statement, “Our democracy relies on confidence in election results, and the speaker is fully confident the states will carry out this election with integrity.”

Democrats have also spoken out against Trump’s conspiracy claims, including President Barack Obama, who said Trump is “whining before the game’s even over.” Obama also said the claims being made by Trump are not based in fact, according to CNN.

“One way of weakening America and making it less great is if you start betraying those basic American traditions that have been bipartisan and have helped to hold together this Democracy now for well over two centuries,” Obama said. “It doesn’t really show the kind of leadership and toughness that you’d want out of a president. You start whining before the game’s even over? If whenever things are going badly for you and you lose you start blaming somebody else? Then you don’t have what it takes to be in this job.”

Clinton supporters have said Trump is encouraging voter intimidation and suppression by putting forward the idea that widespread voter fraud is likely to occur, especially in inner cities.

Trump has repeatedly asked for people to watch polling places in cities like Philadelphia, St. Louis and Chicago.

One supporter, Steve Webb, of Ohio, told the Boston Globe he would use racial profiling to prevent voter fraud:

Trump said to watch your precincts. I’m going to go, for sure. I’ll look for… well, it’s called racial profiling. Mexicans. Syrians. People who can’t speak American. I’m going to go right up behind them. I’ll do everything legally. I want to see if they are accountable. I’m not going to do anything illegal. I’m going to make them a little bit nervous. 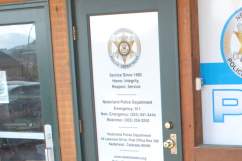 Loading more stories
wpDiscuz
0
0
Would love your thoughts, please comment.x
()
x
| Reply
Donald Trump has repeatedly claimed the presidential election is "rigged" against him, both by the media and the government, and at polling places.