A man shot and killed by the Berkeley County Sheriff’s Department after fleeing a Hurricane Matthew evacuation checkpoint has been identified as Lucas Felkel.

Felkel was from Moncks Corner, South Carolina, according to Newsday.

The shooting of Felkel, 35, occurred during the South Carolina evacuation as the ominous hurricane steamed toward the southeastern United States coastline.

1. A Chase Started at a Hurricane Evacuation Checkpoint Before the Shooting

According to Newsday, the shooting stemmed from a chase that started at a checkpoint set up to facilitate the Hurricane Matthew evacuation.

CBS reported that Sheriff Duane Lewis said Felkel “came to a checkpoint, knocked down some traffic cones, and sped off” around 5:30 p.m. Wednesday, October 5.

The Berkeley County Sheriff said that, when authorities caught up with Felkel, he allegedly pointed a gun and fired it at them, CBS said. Deputies then returned fire, although it’s not yet clear how many or how times they fired.

No officers were injured. Four deputies are on administrative leave, according to The State.

3. Felkel’s Wife Called Him the ‘Love of Her Life’

In a tribute posted on Facebook, Felkel’s wife wrote, “The love of my life, how do I go on….”

She had posted tributes to law enforcement on her page. Felkel had a Facebook page, but it has nothing on it.

4. Felkel Had a Criminal History in South Carolina 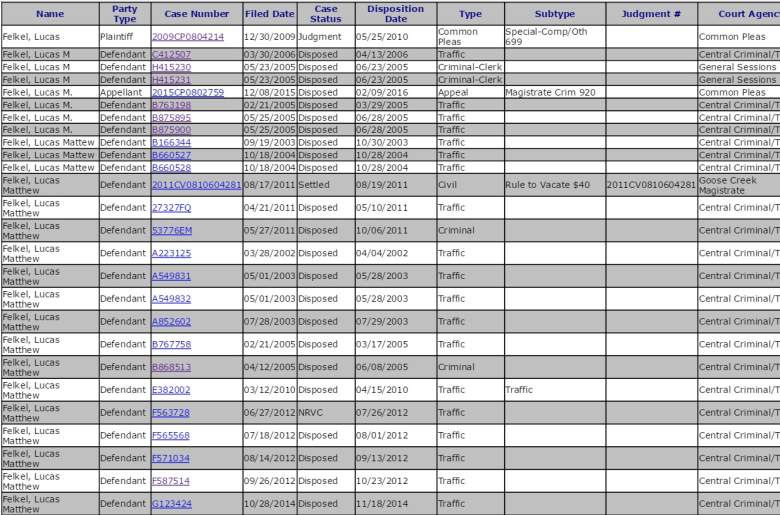 South Carolina online records show that Felkel has a criminal history in that state as well as extensive traffic citations.

In one case, he was charged with “Resisting / Resisting Arrest, Oppose, resist, or assault law enforcement officer serving process,” court records show. He also had a charge for public disorderly conduct. Many of the entries for him are traffic related.

Before they shot him, Felkel drove in a “reckless manner” toward deputies, said The AP.

5. Several South Carolina Counties Were Evacuated but Tensions Are Rising

The Associated Press reported that “Gov. Nikki Haley ordered the evacuation of several coastal counties and said Thursday that only about 175,000 people had left so far.”

According to the AP, tensions are rising. The situation was even more acute in Florida, where more than 2 million people are expected to evacuate the state as Hurricane Matthew steams toward it.