Update: Michael Vance was shot and killed during a gunfight with deputies in western Oklahoma on October 31, a week after the October 23 manhunt began with two officers being shot in Wellston. You can read about his death here. 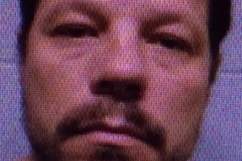 Read our original report below:

Police in Oklahoma are desperately searching for a man suspected of killing two people and unloading an AK-47 on two police officers, wounding them both.

The hunt for 38-year-old Michael Vance, who is due in court on child sexual assault charges next week, began Sunday night when two Wellston Police Department officers were shot in Lincoln County, KWTV reports.

The public is warned to use caution and not approach Vance, who was shot twice during the gun battle with police. He has AIDS and investigators told KOTV’s Meagan Farley that he may try to spread it to anyone who comes in contact with him.

Police responded to a report of shots fired about 6:30 p.m. and were investigating when “a gentleman came out with an AK-47 and just opened fire on everybody,” Lincoln County Sheriff Charles Dougherty told reporters.

Told officers were shot by an AK-47. pic.twitter.com/OPvFCLdOPG

The officers, Shawn Stewart and Jim Hampton, are expected to survive, The Oklahoman reports.

Doughtery said Vance was shot at least twice, but police do not know the extent of his injuries. Police believe Vance is armed and dangerous, and likely still has the AK-47 used in the shooting.

“We just want to get this guy,” Doughtery told The Oklahoman. “He’s on a mission to hurt people. It would break my heart if he killed someone over a set of car keys.”

Vance remained on the run early Monday morning, after two bodies were found in a home in Luther, Oklahoma, during the search, the Oklahoma County Sheriff’s Office told KWTV. The two victims, Ronald Wilkson and Valerie Kay Wilkson, were Vance’s uncle and aunt, the sheriff’s office said.

A second suspect was arrested after the shooting of the two officers in Wellston. That person’s suspected role in the shooting was not immediately clear.

Wellston is a small town of about 825 people in central Oklahoma. It is about 35 miles northeast of Oklahoma City and 70 miles south of Tulsa. Luther, where the bodies were found, is about 9 miles away from Wellston.

1. Vance Posted Facebook Live Videos While on the Run, Saying Things Are Going to Get ‘Intense’

Michael Vance posted two videos on Facebook Live while on the run. The videos were streamed live as he drove a stolen truck, and talked about how things didn’t go the way he expected, along with his plans for getting a new stolen vehicle.

“This is more intense than I thought this was gonna be, to say the least,” he says in the rambling video. He appears to be bleeding from a chest wound, and shows the a gun next to him in the truck.

In the video, Vance says things are going to get more “intense.”

You can watch the videos below:

In the videos, Vance also appears to be referencing the child sexual assault charges brought against him, saying the allegations are lies. Officials told KOCO-TV that he was also making threats against other family members, who are now safe.

He says it was a set-up and that he knew an unidentified woman was worried about him getting out of jail.

After showing the gun, he says it is the “real deal.”

“This s*it ain’t a joke, this ain’t a prank. I’m going f*cking live. If you want to know what happens next, stay tuned to your local news,” Vance says.

The video ends as Vance gets a phone call. He tells his sister he loves her and thanks her for supporting him.

“This is the interesting part, this is where it gets interesting,” he says while ignoring the call. “It’s too late now.” 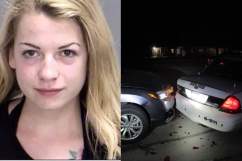 2. He Is Accused of Stealing a Police Truck Before Carjacking a Woman & Fleeing in Her Car After the Officers Were Shot

Vance is accused of fleeing from the scene in a police department pickup truck after the shooting, KWTV reports.

Lincoln County Sheriff Charlie Dougherty told reporters Vance then drove to a nearby mobile home park, where he carjacked a woman and fled in her car, a white Lincoln Town Car with a blue top.

Authorities said Vance fired at the woman during the carjacking, but she was not hit and refused medical treatment at the scene.

He could now be in a third car, officials said.

“We have been given information that leads us to believe Michael Vance has taken possession of another vehicle and may be headed north towards Stillwater in a silver 2008 Hyundai,” the Lincoln County E911 Facebook page said in an update.

Police later clarified the new car could also be a gray Mitsubishi.

Stillwater is about 40 minutes north of Wellston.

Vance is described as a white man, about 5 feet 10 inches tall who weighs about 185 pounds, police said. Anyone with information about him is asked to call 911.

Police said he is still believed to be armed with the AK-47.

During the search for Vance, police found a man and a woman dead at a home in Luther, KWTV reports. It is not clear when they were killed. They were both Vance’s family members.

The home is near the Redbud Energy Facility, according to KWTV.

Court documents obtained by KFOR show Vance’s uncle, Ronald Wilkson, had a large cut on his neck consistent with an attempt to sever his head. He had been shot dead using an AK-47 rifle.

Vance’s aunt, Kay Wilkson, had similar injuries, along with a large cut on her shoulder consistent with someone trying to cut off her arm.

Breaking News: Officials say Deceased maybe related to Michael Vance, he was making threats against other family members, that fam is safe

Vance is also accused of shooting a store clerk in Sayre, Oklahoma, and attempting to steal the clerk’s vehicle, KWTV reports. The clerk was shot in the leg, but is expected to survive, according to the news station.

Vance is now wanted on two counts of first-degree murder, unauthorized use of a vehicle and being a felon in possession of a firearm.

Both of the Wellston Police Department officers shot in the incident are expected to survive, officials said.

“This was a full-out gunfight. You don’t see that often,” Wellston Police Chief Tim Estes told The Oklahoman.

One of the officers was shot in the foot, KOKH-TV reports. The other officer was shot in both of the legs.

“Both Wellston PD officers are doing well and will be recovering at home soon,” the Lincoln County 911 dispatch’s Facebook page said in a post early Monday morning. “This has been a rough day for everyone, thank you everyone for the information, the kind words and encouragement.”

3. Vance Was Already Facing Charges Accusing Him of Sexually Assaulting a 15-Year-Old Girl

Vance was recently released from the Lincoln County jail after being arrested on child sexual assault charges, Sheriff Charles Doughtery told a KOKH-TV reporter at the scene.

Vance is accused of sexually assaulting a 15-year-old girl, who told police she was asleep when Vance began rubbing her back, KWTV reports. She said he then put his hand down her pants and touched her before beginning to kiss her, according to the news station. She told police the abuse lasted nearly an hour.

The victim later told a family member and they went to police.

He was expected to return to court next week.

Oklahoma City Sheriff John Whetsel told HLN that Vance is believed to have targeted his aunt and uncle because they could testify against him in the sexual assault case. 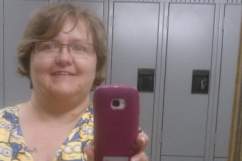 Records show that Vance has been arrested several times, on charges including obtaining cash or merchandise by bogus check, felony larceny of an automobile, unauthorized use of a motor vehicle, and assault and battery.

According to court documents obtained by KFOR-TV, Vance was first arrested in 1999, when he was 21, on a charge of misdemeanor assault and battery.

Two years later, he was charged with a felony, bogus check writing, and pleaded guilty, receiving drug treatment and probation.

Five victim protective orders were filed involving him in Oklahoma County in 2014 and 2014. One was filed against him by a woman. The other four were filed by Vance against a woman and children.

Vance has been married and divorced twice, and has been sued in the past for failing to pay child support, court records show.

“From looking at his criminal history, there’s nothing anyone in law enforcement or in the judicial system would have said this guy is going to do what he has apparently done now,” legal expert Scott Adams told KFOR. “This man has gone off the deep end for some reason. He has shot law enforcement. He has stolen vehicles and driven across the state of Oklahoma. How he did that is beyond me. He got all the way to Sayre. I’d say his days are numbered.”

5. Police From Several Agencies Swarmed the Area of the Shooting to Investigate & Hunt for Vance

Part of HWY 66 is blocked off for a possible officer involved shooting. We're waiting on information. @kfor pic.twitter.com/aTo72kPtng

Police from several agencies, including the Wellston Police Department, the Lincoln County Sheriff’s Office and the Oklahoma State Bureau of Investigation.

The Lincoln County Sheriff’s Office said on Facebook, “At this time this is all the information we have available for the public. We ask that you give them the courtesy of refraining from making calls to either the Sheriff’s Office or the 911 dispatch center for anything other than emergency calls. Our dispatchers are busy trying to keep our officers alive and informed as well as keeping the public safe.”

Roads around the area of the shooting were closed down during the search.

The shooting was reported near Highway 66 and S. 3310 Road, the Lincoln County Office of Emergency Management said, adding that drivers are asked to avoid the area until further notice.

Authorities are asking everyone to stay away from this area so they can work. Some of the roads are shut down. Here's the Apple map. pic.twitter.com/sMsX25XYrE

“Please avoid the area of hwy 66 and 3310 roads west of wellston until further. there is an ongoing situation involving multiple law enforcement agencies and the excess traffic is causing a lot of problems,” the emergency management office said on Facebook.

Loading more stories
wpDiscuz
27
0
Would love your thoughts, please comment.x
()
x
| Reply
Michael Vance, 38, is wanted in the shooting of two police officers near Wellston, Oklahoma, in Lincoln County, officials say. Another suspect is in custody.