Trenton Forster, identified as the 18-year-old man accused of murdering a St. Louis County police officer by shooting him at pointblank range, had a Twitter page filled with angry rants, including against the police. (Warning: The language is graphic)

Officer Blake Snyder, a 33-year-old husband and father of a 2-year-old boy, died immediately after he responded to the scene of a disturbance call.

Forster was charged with first-degree murder on October 6 as he recovers in the hospital from his own bullet wounds, and he is being held on $1 million bail, said KMOV-TV.

According to Wave 3, tweets on Forster’s page allegedly expressed disgust for the police and one said, “I want f*** the police carved on my grave.”

I want fuck the police carved into my grave

“Other posts point out getting drunk and smoking weed,” said the news site. “Another references a ‘.40 cal weapon, sending all of my enemies to hell.’ And one says ‘I’m gonna kill them all, just watch.'”

I wish I could meet Hilary Clinton in person so I could stare into her soul and say go fuck yourself.

In late September, the last post on his Twitter page says, “I’m dying on inside and nobody really gives a f-ck.” 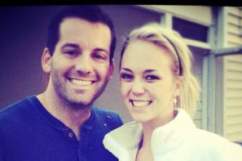 2. Forster Had a Felony Marijuana Charge That Was Pending

LIVE on #Periscope: Lowering the flag for our fallen officer. #heavyhearts https://t.co/QwN3PmEqMI

The St. Louis Post Dispatch said the suspect had a felony marijuana charge that was pending in the Missouri court system.

My plan is to get so high I will regret it

The newspaper said that was Forster’s only charge and added that it was handled by the same officer who shot him, although authorities say they haven’t found any reason to think that sparked the homicide.

Forster’s social media page contains the line “I smoke marijuana” as its profile statement and makes many references to drug use.

3. Officer Snyder Was Described as a ‘Man of Faith’ Who Was a Dedicated Officer & Family Man

Blake Snyder had been a police officer for four years. On LinkedIn, he described how he was previously a graphic artist and a religious studies major in college.

His last public Facebook post (above) was a memorial for a Memphis officer killed in the line of duty. In it, the Memphis officer is holding a sign that says “I matter.” 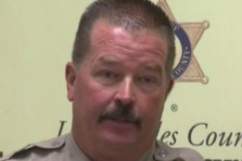 4. Forster had ‘Disenrolled’ From School as a Junior

The St. Louis Post Dispatch says that Forster attended Lindbergh School District until disenrolling in May 2016 when he was a junior.

When I'm on probation I'll probably just OD so I guess there's not a solid reason to go back to school.

One tweet on his page said, “school sucks, smoke blunts.” Another referred to being a dropout.

5. Snyder Was Shot at Pointblank Range Right After Responding to the Scene

KMOV-TV said that Snyder was shot on October 6 after he responded to a disturbance call in South County and authorities allege that “Forster fatally shot Officer Snyder at point blank range.”

KMOV reported that Forster allegedly knew the people at the home who made the call, police found a 9mm gun at the scene, and a second officer shot Forster but he’s in stable condition. A second responding officer returned fire and shot Forster multiple times, the news station said. The second officer was not injured, and Forster is expected to survive.

The St. Louis Post Dispatch said Forster was allegedly “beating” on the door of the residence and that he knew a girl who lived there. The newspaper added that Snyder had allegedly approached a car Forster was sitting in when he was shot.