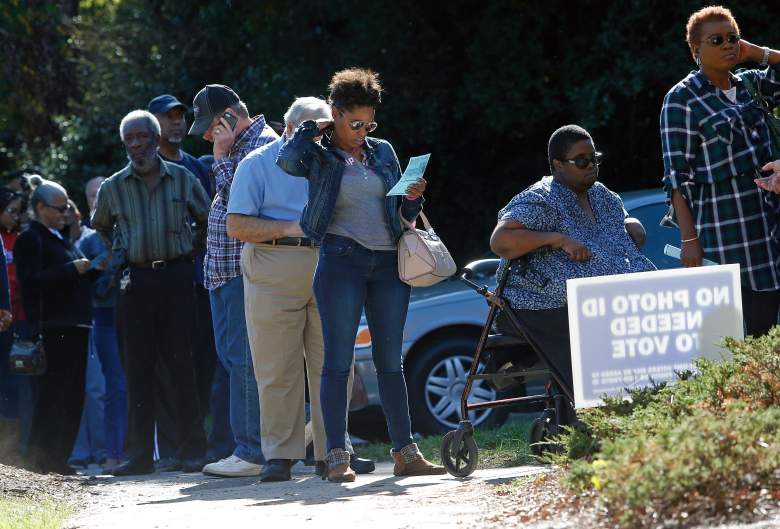 Many of the battleground states are deadlocked in virtual ties in averages of 2016 presidential polls. That’s true of some really big states, like Florida and North Carolina.

However, it’s also true of some surprising states, like Pennsylvania, which Hillary Clinton currently leads by a slim 1.9% in the RealClearPolitics polling averages. FiveThirtyEight studies polling to project each candidate’s share of the vote, and predicts a slightly higher advantage to Clinton in the keystone state. 270toWin has her up an average 4% in polling averages in that state. Either way, it’s close.

Election forecasting sites that predict the election using statistical models are still overwhelmingly predicting a Clinton victory. That’s because Donald Trump needs to win more of the battleground states that are virtually tied to get to 270 in the electoral college than she does. He has less margin for error. For example, she has plausible paths to victory without Florida. He really does not, unless he redraws the map somehow. 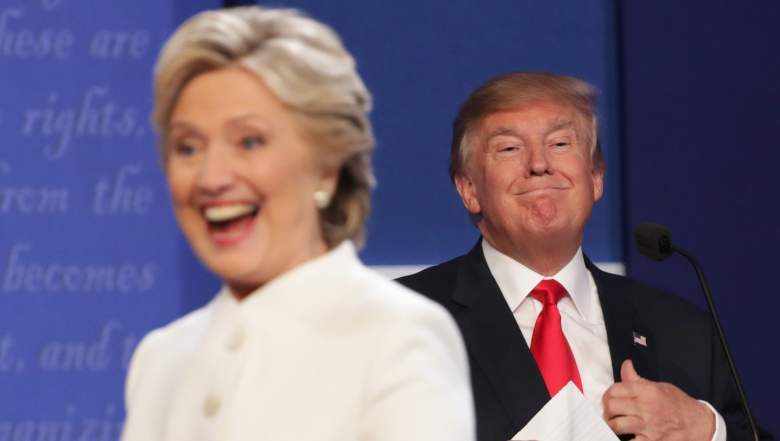 That being said, the deadlocked nature of the race – driven in part by the fact a lot of people don’t really like either candidate – brings us to this possibility:

What if the electoral college ties?

First of all, here’s what happens if it does. The president is chosen by the House of Representatives, and the vice president is chosen by the U.S. Senate. According to 270toWin, each state delegation has one vote in the House, and a candidate needs a majority of states (26) to win. Republicans currently control the House, meaning a tie would likely elect Trump (although there has been no love lost between Trump and some House Republicans, so it would make for high-stakes drama.)

“Senators would elect the Vice-President, with each Senator having a vote. A majority of Senators (51) is needed to win,” says 270toWin. Republicans also control the Senate – for now. The control of the Senate is up for grabs on November 8. However, 270toWin points out that some electors are not bound to choose the candidate selected by the popular vote when they formally vote on December 19, so what looks like a tie on election night might not be an actual tie in practicality. Congress can only choose among the top three candidates getting electoral votes, so if no one else gets any electoral votes, only Donald Trump and Hillary Clinton could be considered, according to LiveScience.

LiveScience says there are at least 100 ways the election could tie. Here are three ways that could happen (and one scenario in which no one wins outright that isn’t exactly a tie):

In this scenario, the election ties because:

To reach this tie, Clinton wins Nevada (where early voting returns look strong for her even though she’s behind in polling averages), North Carolina (deadlocked), Colorado, New Mexico, Virginia, Maine and its First Congressional District. Clinton is currently leading in all of those places except the deadlocked North Carolina, although her lead in polling averages in Colorado is under 3%.

This scenario is just plausible enough to be fun while also being bizarrely unlikely. It would scramble everyone’s minds if this happened. To make this tie happen:

Clinton would have to win Florida (this is plausible as it’s deadlocked.) She would also to have win Maine’s Second Congressional District, where Trump currently leads in polling.

Basically, Trump would have to have a great night and run the table, other than in Florida and Maine. Thus, no one is really expecting this to happen, but it could.

This tie scenario gives Trump some implausible pick ups but not impossible ones: Michigan (where he’s been aggressively campaigning but trails in current polling averages), and Colorado (ditto). However, it gives Clinton Nevada, New Hampshire, Maine’s 2nd Congressional District, and North Carolina, which are currently deadlocked states in which Trump or Clinton have only slight leads in polling averages.

The No One Wins Scenario

In this scenario, no one wins. It’s not “technically” a tie, but it’s a tie in the sense that no one reaches 270. That functions like the tie above by also sending the election into the House of Representatives.

The spoiler here: Independent candidate Evan McMullin, a Utah-born Mormon and former CIA agent who is running well in conservative Utah. Since he would win electors, he would qualify to be chosen as president. FiveThirtyEight says the chance that a McMullin spoiling puts the race in the House is extremely unlikely. Trump has a healthy lead in the polls. But you never know…