Deangelo Davis has been named as a person of interest in the fatal shooting of Wayne State University police officer Collin Rose.

KTVU said it’s not yet clear whether the person of interest was the officer’s shooter, but Detroit media widely reported his name and ran his photo. The university also released his name.

The police officer was found outside his squad car with a bullet wound to his head, and the shooting might have been an “ambush,” according to a report from a Local 4 editor. However, the university president told the AP that officials aren’t sure what the motive was and whether the shooting was an ambush or not.

Rose, a well-liked officer with a fiancee who was working toward his master’s degree, has now died.

Wayne State University is located in Detroit, Michigan. Detroit police were involved in the hunt for the suspect, who has been captured.

1. The Officer Had Stopped a Man on a Bicycle

Another officer found the shot officer because he was arriving as back up to the call.

2. A K-9 Search Found the Person of Interest

The shooting occurred in front of an aging apartment building, said The Detroit Free Press. The apartment manager told the newspaper she had called police because a man on a bicycle who didn’t live in the building wouldn’t leave.

3. The Officer Died the Day After the Shooting

The officer was rushed to the hospital for surgery and was in very critical condition on November 22, according to USA Today. However, on November 23, officials announced that Rose had died.

A WXYZ-TV news anchor initially said he was in stable condition (although still critical) after surgery.

4. The Officer Was Known for His Community Service

Keep #WayneStateUniversity police officer Collin Rose in your prayers, shot in the head. out of surgery@FOX2News pic.twitter.com/KHjisIfA3N

The university president told The Detroit Free Press the 29-year-old police officer was known for his community service, saying he “reaches out to kids.”

The apartment manager witnessed the shooting and told The Detroit Free Press that the officer was “was trying to get his hands behind his back. We heard a shot and the officer went down, and we heard two more shots.”
Detroit Police Chief James Craig called the shot officer an “American hero.”

5. The Shooting Came After a String of Other Shootings of Police Officers

Detective Benjamin Marconi was shot and killed in the line of duty in San Antonio. (Twitter)

The shooting of the Wayne State officer came after a bloody weekend in which police officers in numerous American cities were shot.

Officers were shot in San Antonio, Texas and St. Louis, Missouri on November 20. The Texas officer died. Police officials said the officers were ambushed, although the suspect in the Missouri case was being sought by the officer for questioning in other crimes.

Officers were also shot in Florida and Gladstone, Missouri on Sunday. The AP says those were probably not “targeted attacks.” 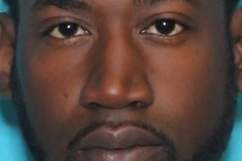