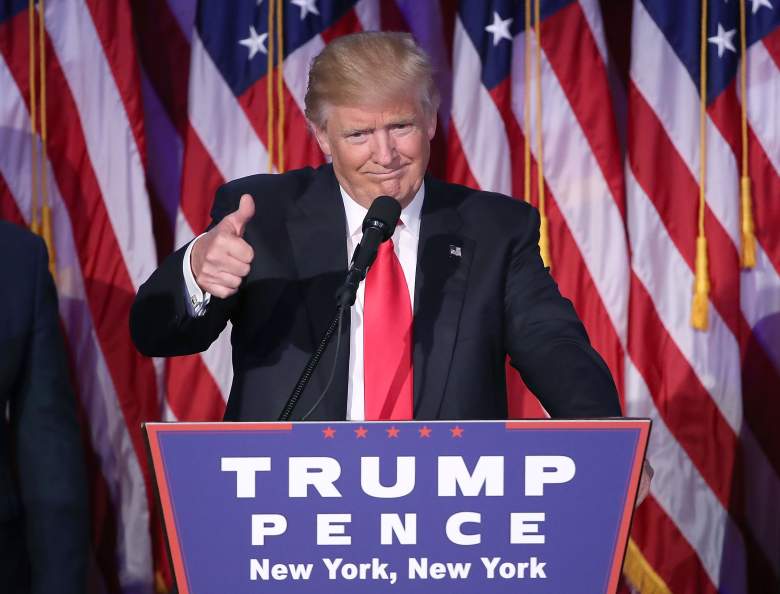 President-Elect Donald Trump praised the Electoral College system on Twitter this morning after having previously called it a “disaster for democracy.”

Trump was elected president on November 8th thanks to the Electoral College, as Hillary Clinton actually received more popular votes than he did. This situation – which also occurred in the 2000 election – has sparked a lot of anger among Clinton supporters, who are now petitioning for the Electoral College system to be abolished entirely.

In response, Donald Trump sent out two tweets on Tuesday morning, first saying that he still would have won in a system based on the popular vote, and second saying that the Electoral College is actually genius.

The Electoral College is actually genius in that it brings all states, including the smaller ones, into play. Campaigning is much different!

This is not how he felt four years ago, when he tweeted that the Electoral College is a disaster for democracy. On the night of the 2012 election, there was a brief period of time when it looked like Mitt Romney was going to win the popular vote but Barack Obama was going to win the Electoral College. Trump’s tweet was sent during that time, although once the votes were all counted, Obama ended up winning the popular vote.

The electoral college is a disaster for a democracy.

In addition to expressing anger about the Electoral College system, Trump in 2012 also said that people should march on Washington and stop the “travesty” of Barack Obama being re-elected. Now, Trump says that it is very unfair that people are marching against his election.

We can't let this happen. We should march on Washington and stop this travesty. Our nation is totally divided!

Just had a very open and successful presidential election. Now professional protesters, incited by the media, are protesting. Very unfair!

This morning’s tweets about the Electoral College system don’t just contradict Trump’s thoughts from four years ago; they also contradict his thoughts from two days ago, when he said during a 60 Minutes interview that an election system based on the popular vote would probably be better.

” I hated — well, you know, I’m not going to change my mind just because I won,” Trump said on Sunday. “But I would rather see it where you went with simple votes.”

Trump has a point when he says that he may have still won the election if the winner was based on the popular vote count. The Trump campaign specifically targeted states like Wisconsin and Pennsylvania in an attempt to turn them from blue to red, giving them a leg up in the Electoral College. But if the campaign was running to get more popular votes from the start, their strategy would have been completely different, and they could have targeted Republican-heavy counties in New York and California to rack up more votes. Hillary Clinton’s campaign would have been run very differently too, so we’ll really never know for sure who would have won the 2016 election had it been conducted without the Electoral College.

The argument for keeping the Electoral College system in place, as Trump says, is that it gives voice to the smaller states that otherwise might be ignored. In a system where all that mattered was getting the most votes, candidates would theoretically focus on the states with the highest population, ignoring rural communities entirely. On the other hand, those opposed to the system say that it creates a situation where only a handful of states actually have a hand in deciding the next president; Republicans in solidly-blue states and Democrats in solidly-red states have little say in the outcome.