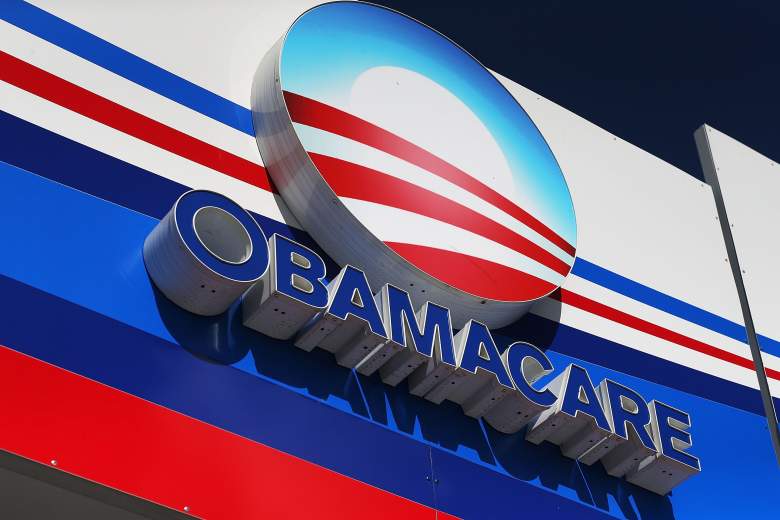 An Obamacare sign is seen in Miami, Florida. (Getty)

Get set for Affordable Care Act (Obamacare) premium increases – although the amount depends on where you live, and the government says tax credits offset them for most people.

A government report released October 24, 2016 found that Obamacare premiums “are set to skyrocket an average of 22% for the benchmark silver plan in 2017,” according to CNN Money.

Why? CNN says customers were sicker than insurers anticipated so the insurers “are raising prices and downsizing their presence on the exchanges as they try to stem losses.”

However, the increases do not include “the advance premium tax credits, or subsidies, that reduce the cost for many people,” said The Fiscal Times. The government says most people will pay less than $75-100 a month after tax credits. However, some people make too much money for the tax credits but do not feel they make enough to afford the premium hikes, said The Hill.

Republican nominee Donald Trump has been highlighting the issue on the presidential campaign trail, as some battleground states like Pennsylvania and Arizona are facing large premium hikes.

Trump wants to get rid of Obamacare, while Clinton wants to expand and retain it, said NPR. 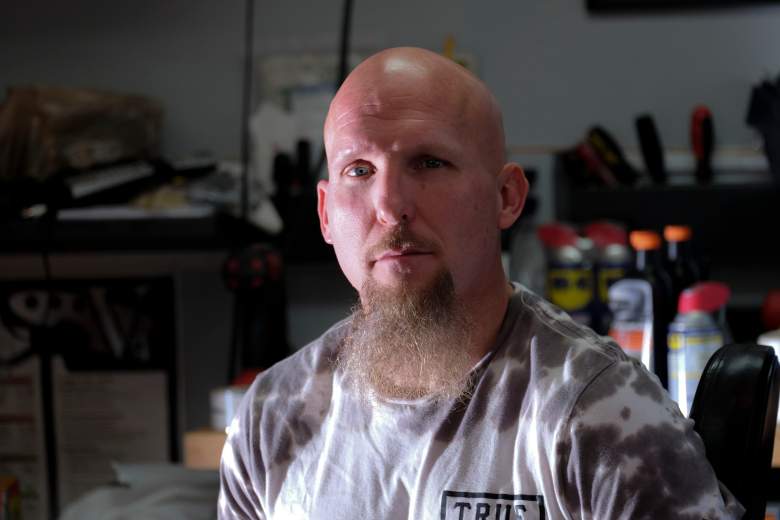 Todd Ulmen, poses on October 19, 2016 in Miami, Florida. Some Americans are overjoyed with Obamacare. Others say it is a nightmare. Todd Ulmen, 50, runs a retail clothing business in Miami. He provides health insurance for his two full-time workers, but must make sure his part-timers work fewer than 25 hours per week, or he would have to pay for their coverage as well. (Getty)

Forbes Magazine reports that “marketplace premiums will increase and consumers will have fewer choices.”

According to Forbes, “The midlevel benchmark plan will increase its premium by an average of 25%. Approximately 20% of people will only have only one insurance plan available.”

“Many major national insurance carriers have scaled back their participation in ObamaCare,” Fox News reported, so “many American families will only be able to choose plans from a single insurer.”

Let’s do the numbers on the Obamacare rate hikes. https://t.co/ET5xA11bqh pic.twitter.com/xHz2CBggvM

This is called adverse selection. That means more higher-risk people purchase insurance, said Forbes. Insurance companies can normally reject those people, but not under Obamacare. This is leading to price spikes.

There is a penalty for healthy people who do not sign up for Obamacare, but Forbes says it’s less than health insurance policies offered on the exchange so some healthy people don’t sign up.

CBS New York added that, in addition to rate hikes, “the penalty for individuals and families who did not have health insurance in 2016 will also nearly double as compared to fees for 2015 tax returns when revisions to the Affordable Care Act go into effect.”

3. The Premium Increases Will Depend on Where You Live, Reports Say

According to The Fiscal Times, premiums “in 31 states are expected to rise by double digits, while two states will see decreases in 2017 from this year.”

The Fiscal Times says that premiums in Arizona “are estimated to more than double.” The enrollment period started November 1.

Fox News said “premiums for a midlevel benchmark plan will increase an average of 25 percent across 39 states…some states could face even steeper increases.”

States that did not fully embrace Obamacare are generally seeing bigger increases.

4. People Are Expressing Shock Over the Increases

One man in Georgia, Jay Wells, told Fox News he received a letter saying: “Your current monthly premium is $711.83. Starting in January, your monthly premium will be $1,872.17.”

He is not the only one.

My family's health insurance premium is now almost $2100 per month, more than four times what it was just before #Obamacare. Thanks, @POTUS.

Other consumers have told the news media they like Obamacare (see below for one example). 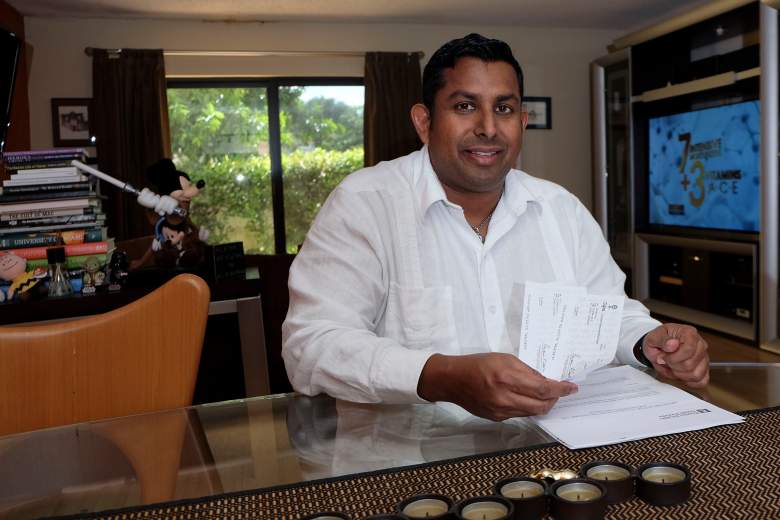 Johann A. Ali, a self-employed environmental consultant who along with his son is having a good experience with Obamacare, poses on October 19, 2016 in Miami, Florida. Johann Ali, 40, actually giggles when he talks about his health insurance. “I love it,” says the self-employed environmental consultant. First, he raves about his son, Kyle, who is 19, works part-time, and has been able to find a good insurance plan for $99 per month. His annual earnings of about $16,000 allowed him to get a federal discount, slashing the cost from the list price of $199 per month. (Getty)

Others say that Republicans have stymied Obamacare.

Obamacare succeeded in reducing the uninsured rate, except where Republicans sabotaged it. https://t.co/HwEvHWJsbe pic.twitter.com/P3W4oH38mg

5. The Architect of Obamacare Says the Increases Are Misleading

The percentage of people affected by new rate increases from Obamacare plans: 3% pic.twitter.com/X4DY2LDP0T

According to CBS Boston, Professor Jon Gruber, an economist at the Massachusetts Institute of Technology, is “known as the chief architect of Obamacare and its predecessor, Romneycare.”

He argued to the television station that the rate increase headlines are misleading because most Americans are ensured through employers and those who buy insurance through the exchange mostly get health insurance subsidies to offset the premium increases.

“So it’s really only a very small share of the public that’s affected by these premium increases, which I don’t think you’d realize if you read the headlines,” he told CBS Local.

However, some people make too much money to qualify for the tax credits but can not afford the premium increases. The Hill said Minnesota is one state thinking of putting millions of dollars into a fund to assist those people.

Loading more stories
wpDiscuz
8
0
Would love your thoughts, please comment.x
()
x
| Reply
Obamacare rate increases will hit many consumers in 2017, although the amount will depend on which state you live in.