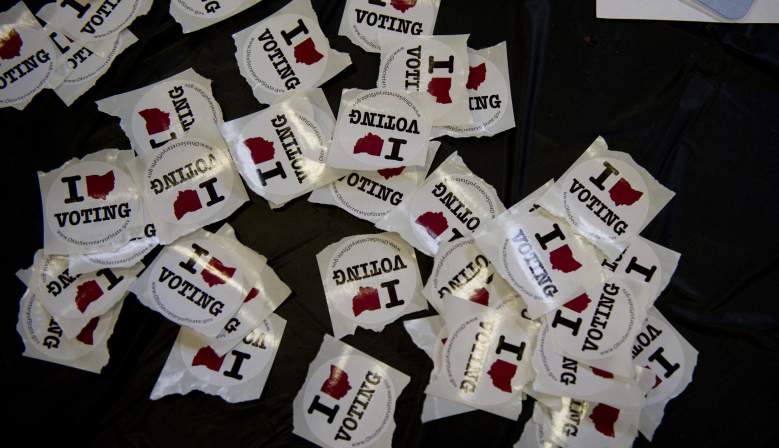 Ohio voters go to the polls for the Ohio primary at Franklin Elementary School on March 15, 2016 in Kent, Ohio. (Getty)

Ohio voters go to the polls on Tuesday to cast their ballots in the presidential race, along with the state’s U.S. Senate seats, its U.S. House seats, and its state House and Senate seats.

Here’s what you need to know as you head to the polls in Ohio:

POLLING HOURS & LOCATIONS: Polling locations will be open from 6:30am until 7:30pm on Election Day. Voters will still be entitled to vote if they are standing in line when the polls close at 7:30pm. ALL voters will be required to show some form of identification; acceptable forms of identification can be found here. There are three ways to find out what polling place you should use to vote on Election Day. First, on your mailed voter registration card you will find printed the details of your particular polling place. Second, you can find details about your exact voting precent and polling location at the Secretary of State website here. Third, if you are not able to find your polling place using the Secretary of State website, you can find and contact your county board of elections office here. 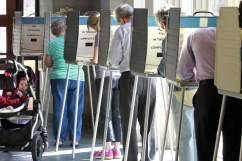 REGISTRATION GUIDELINES: To be eligible to vote in the state of Ohio you must meet a set of criteria found here, and you must also be registered to vote. The deadline for voter registration was October 11 and it is not possible to register to vote on election day. You can confirm your voter registration status using this tool. More information about eligibility, registration, and the voting process in Ohio can be found here.

TRACKING RESULTS:The Secretary of State in Ohio will has official election results for previous elections, including the presidential primaries, available here. Stay tuned for more information about whether live coverage with unofficial results will be included.

WHAT’S AT STAKE IN FEDERAL RACES: Ohio has 18 electoral votes and is considered a key battleground state in the presidential election, with the majority of historical contests typically going to Republican candidates. However, the state has voted more equally for Republican and Democratic candidates in recent years, with President Barack Obama winning in both 2008 and 2012. In a comparison of numerous polls by The New York Times the state is leaning in Trump’s favor. The U.S. Senate in Ohio is much more predictable. Republican incumbent Senator Rob Portman is defending his seat against Democratic challenger Ted Kirkland. The latest Huffington Post Pollster averages show Portman with a hearty 15 point lead over Strickland. Of the state’s officials in the U.S. House of Representatives there are 16 seats up for election, one representing each of the state’s congressional districts. Currently Republicans hold 12 of the 16 seats, while Democrats hold only four seats. For a full list of representatives on the ballot in Ohio click here.

WHAT’S AT STAKE IN STATE RACES: Republicans currently have a government trifecta in the state of Ohio with majorities in both the state Senate and state House of Representative, along with control of the governor’s mansion. In the state SenateRepublicans hold 23 of the 33 total seats, while elections will be held this fall for 16 seats. In the state House of Representatives all 99 seats are up for election, with Republicans currently holding majority with 64 of the 99 total seats (there is one vacancy). Republican John R Kasich has served as Governor of Ohio since 2011 and the next gubernatorial election will take place in 2018 (due to term limits he will not be eligible for re-election).

Read More
Politics
Follow Heavy ↓
wpDiscuz
0
0
Would love your thoughts, please comment.x
()
x
| Reply
Polls in Ohio are open between 6:30 a.m. and 7:30 p.m for voters to cast their ballots in federal, state, and local races.