Donald Trump has been elected the 45th president of the United States.

Trump spoke at the Hilton Midtown hotel in New York City at 2:45 a.m. on November 9th, not long after The Associated Press called the race in his favor. The president elect opened his speech by saying that the United States owes a debt of gratitude to Hillary Clinton for her service, a statement which was met with tepid applause from his supporters.

He went on to say that it’s time to come together as a nation, saying that he will be the president for all people, including the millions who did not vote for him. Reiterating a sentiment expressed over the past few months, Trump characterized his victory as a victory of his movement, not of himself.

“The forgotten men and women of our country will be forgotten no longer,” Trump said.

He went on to pledge to fix America’s inner cities, rebuild its infrastructure, take care of veterans, grow the economy, and get along with all nations “willing to get along with us.” Seemingly addressing the potential anxiety felt by foreign leaders, Trump said that while he will put America first, he will “deal fairly with everyone.”

After discussing his plans as president, Trump thanked his late parents, his brother, his wife, and his kids. He concluded by saying that his election would only be historic if he does a good job and that his work is only just beginning.

At no point in Trump’s speech did he mention building his border wall or repealing Obamacare. Instead, the biggest issues he touched upon – rebuilding America’s infrastructure and helping its veterans – have bipartisan support. 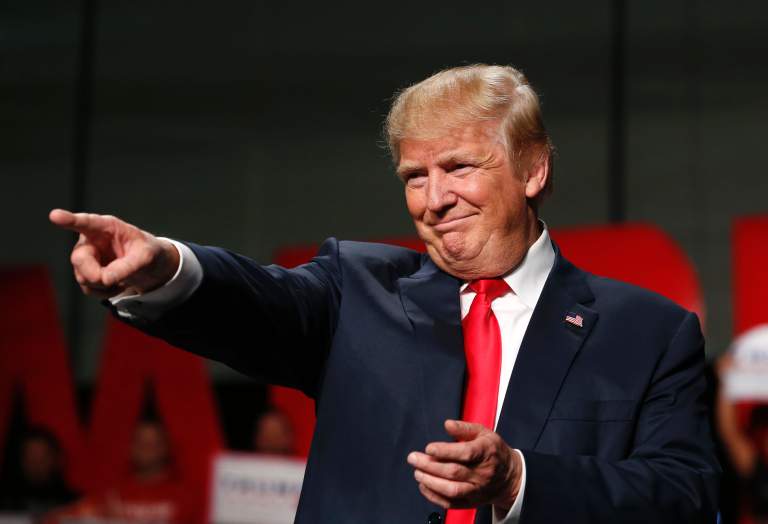 Loading more stories
wpDiscuz
9
0
Would love your thoughts, please comment.x
()
x
| Reply
Donald Trump has been elected the 45th president of the United States. Watch his full speech accepting the result of the 2016 presidential election.