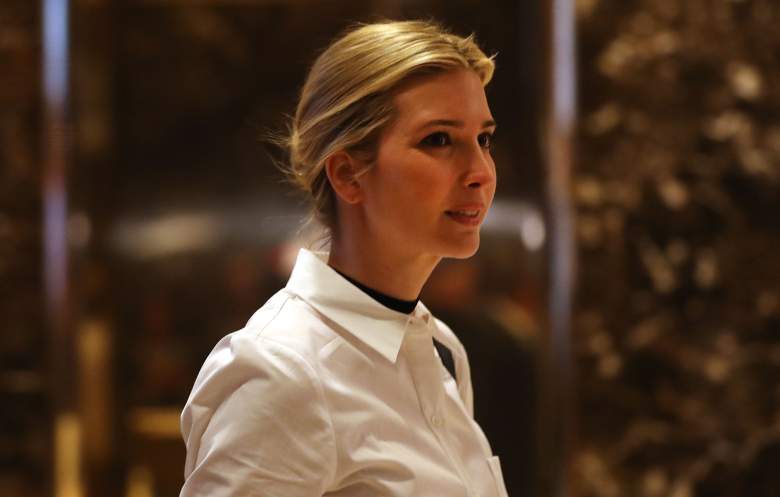 Ivanka Trump, President-Elect Donald Trump’s daughter, will meet with Al Gore today to discuss climate change. Are Trump and Gore actually aligned on this issue? What is Ivanka Trump’s position?

Trump herself has said virtually nothing about climate change in public, instead focusing on childcare throughout the presidential campaign. The only thing that comes close is one tweet from six years ago where she seems to imply that cold weather contradicts the idea that climate change is taking place, though this is mainly just a joke and not some sort of firm policy stance on her part.

Ironic tidbit of the day…Senate global warming hearing canceled due to the blizzard. http://bit.ly/9nzHsE

But Politico recently reported that Ivanka Trump plans to make climate change one of her signature issues and to speak out on it as first daughter. Technically, they don’t specify if she plans to speak out for or against fighting climate change, though.

Still, many on the left are hoping that Ivanka Trump can be what they call a voice of reason in the White House. In fact, The New York Times reports that Leonardo DiCaprio recently sat down with Ivanka for a private meeting, during which he gave her a copy of Before the Flood, a climate change documentary he produced.

In general, Ivanka Trump is much more liberal than the rest of her family, and she has in the past pushed her father to support more traditionally Democratic policies; for example, she helped to craft Trump’s child care plan, which includes six weeks of paid maternity leave. If there’s anyone in Trump’s inner circle who would be open to the idea that climate change is a pressing issue, it would be Ivanka Trump.

President-Elect Donald Trump himself has previously called climate change a Chinese hoax, and to this day he still does not seem to buy that it is a legitimate threat, although he sounded somewhat open to having his mind changed in a recent New York Times interview.

“You know the hottest day ever was in 1890-something, 98,” Trump recently told The New York Times. “You know, you can make lots of cases for different views. I have a totally open mind…It’s a very complex subject. I’m not sure anybody is ever going to really know.”

“As far as this issue on climate change, the only thing he was saying after being asked a few questions about it was, look, he’ll have an open mind about it. But he has his default position which, most of it is a bunch of bunk,” Priebus said, according to The Huffington Post.