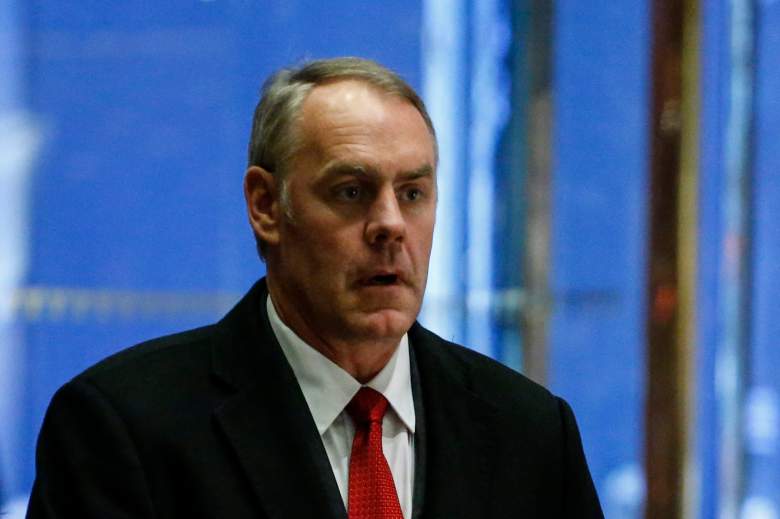 US Representative at large from Montana, Ryan Zinke arrives at Trump Tower on December 12, 2016 in New York. (Getty)

Donald Trump’s choice for interior secretary is a former NAVY Seal commander who is a Congressman from Montana.

Ryan Zinke is already a controversial appointment, in part because Trump bucked Republican leadership in the Senate, who wanted Zinke to run against a Democrat for U.S. Senate instead.

Zinke has a long military pedigree, serving as a team leader in the famous Seal Team Six, and leading troops in Operation Iraqi Freedom, but his track record in Congress has raised concerns of conservationists, who say he flip-flopped on climate change. 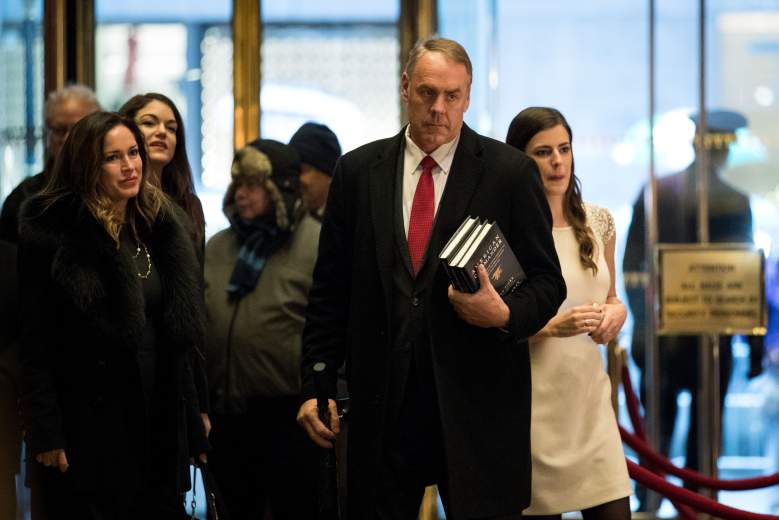 According to his official bio, Zinke began his military career in 1985 when he graduated from Officer Candidate School and attended SEAL training (class 136). “He was first assigned to SEAL Team ONE in Coronado, CA, then was later selected to SEAL Team SIX where he was a Team Leader, Ground Force Commander, Task Force Commander and Current Operations Officer in support of National Command Authority missions,” said the biography.

In Operation Iraqi Freedom, Zinke “was assigned as Deputy and acting Commander, Combined Joint Special Operations Task Force-Arabian Peninsula where he led a force of over 3,500 Special Operations personnel in Iraq. In 2006 he was awarded two Bronze Stars,” the bio says.

Zinke also “served as the Special Operations Officer in Europe, and served as the SEAL Commander of Joint Task Force TWO in support of Special Operations missions in Bosnia-Herzegovina, Croatia and Kosovo,” said the biography, which added that he established the Naval Special Warfare Advanced Training Command “where he served as “Dean” of the Naval Special Warfare graduate school with a staff of over 250 educators.” He had been a Navy SEAL for 23 years when he retired in 2008, the bio says.

For a time, Zinke created a ran a PAC called Special Operations for America (SOFA), which backed Mitt Romney for president in the previous election. Zinke started the group because he was angry that President Obama “was ‘taking credit’ for the mission that killed Osama bin Laden,” said Mother Jones. 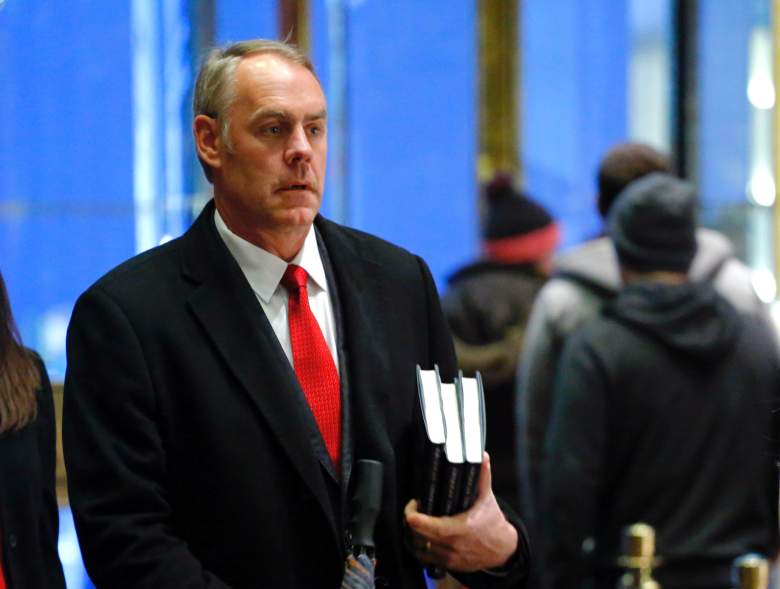 According to NPR, Zinke, who was re-elected to serve a second term in Congress and is a former state Senator, “serves on the Natural Resources Committee” and has “split with his party before to defend public access to federal lands.”

NPR said Zinke “resigned his position this summer as a delegate to the Republican National Convention after the GOP platform supported transferring federal public lands to the states.”

The Daily Beast says he has only a 3% rating from the League of Conservation Voters. According to the Daily Beast, he has voted against conservation measures before, including the Antiquities Act and wolf protection, and he has opposed public review of hardrock mining on public lands and for grazing permits, and voting for the Keystone XL pipeline.

According to The Dallas Morning News, the interior secretary “oversees 70,000 employees and a $12 billion budget.” 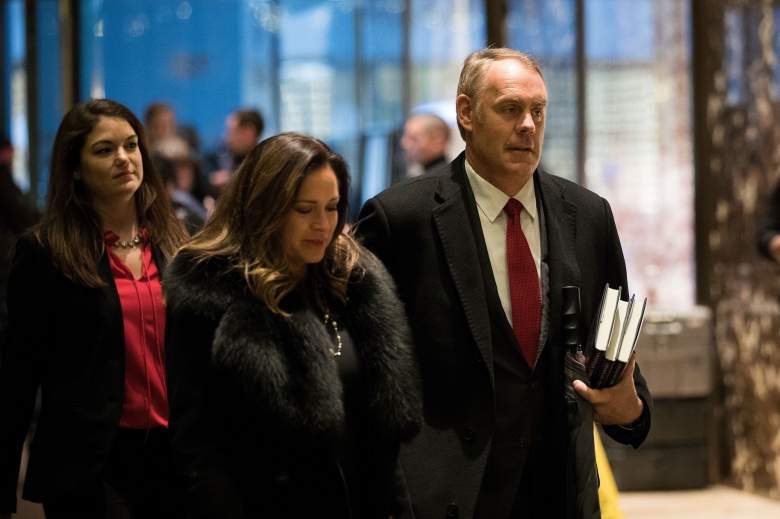 Mitch McConnell, the Senate majority leader, was reportedly opposed to the Zinke nomination because he preferred that Zinke run for U.S. Senate in his home state of Montana against Jon Tester, said The Hill.

The Hill said that a sportsman’s group that Donald Trump Jr. belongs to called Backcountry Hunters & Anglers is led by a president who supports Tester and opposed a policy proposal by another person on the Interior shortlist, Rep. Cathy McMorris Rodgers (R-Wa.), who supported selling public land.

The New York Times said that some Republicans are concerned that Trump is not in line with Republican leadership in Congress.

4. Zinke Has Cited Teddy Roosevelt as an Inspiration & Changed His Position on Climate Change 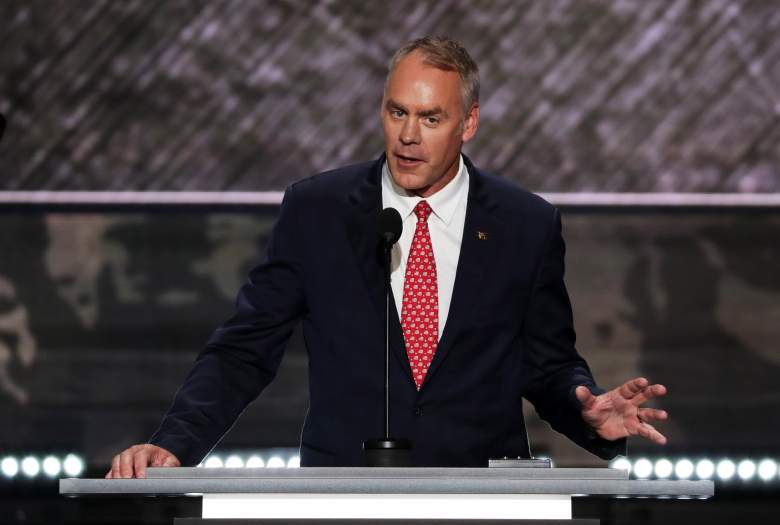 U.S. Representative Ryan Zinke delivers a speech on the first day of the Republican National Convention on July 18, 2016 at the Quicken Loans Arena in Cleveland, Ohio. (Getty)

In a statement after his selection as interior secretary, Zinke pledged to “position himself in line with Teddy Roosevelt’s belief that public lands are ‘for the benefit and enjoyment of the people,'” The Dallas Morning News said.

The newspaper said some feel Zinke will try to increase energy development on public lands. The Washington Post says he has not always voted against conservation measures. The newspaper said Zinke opposed a Republican move to allow the states to buy “up to 2 million acres in U.S. Forest Service land to boost timber production” and pushed for “full funding of the Land and Water Conservation Fund.” The newspaper said he has been called a “Teddy Roosevelt Republican.”

In 2014, Zinke initially accepted a campaign donation from Earl Holt, the leader of the white supremacist Council of Conservative Citizens, whose writings influenced church mass murderer Dylann Roof’s writings. When this came to light, Zinke donated the money to charity, said Fusion.

He also supported the Republican campaign of Taylor Rose for the Montana House. Rose was criticized for involvement in a college group called Youth for Western Civilization, which Fusion describes as “a white nationalist organization” that opposes multiculturalism.

5. Zinke Is Married With Three Children & His Family Goes Back Five Generations in Montana 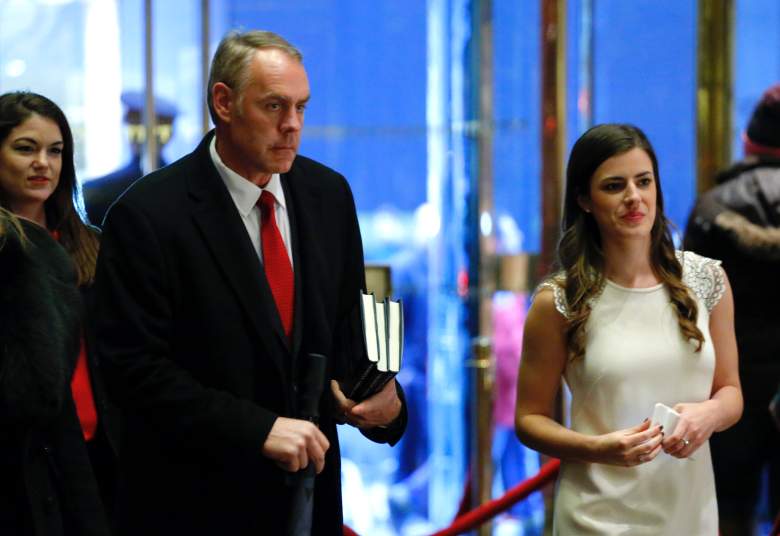 Zinke’s bio says he is a “fifth generation Montanan with deep family roots in Bozeman, Glasgow, Glendive, Whitefish, and Richey. He was a multiple sport, All-State standout, and is a Whitefish High School Football Hall of Fame inductee.”

According to his bio, Zinke’s wife is named Lolita Hand and they have two boys, Wolfgang and Konrad, and a daughter, Jennifer, who is a former U.S. Navy Diver and whose husband is a Navy SEAL. Lolita Zinke is the daughter of the “former US Consulate to Peru and a naturalized US citizen” who was awarded an Outstanding Hispanic Republican leader award. She has worked in the public defender’s office and for the Department of Motor Vehicles, as well as working on an Admiral’s London staff.

Shortly before the election, she wrote an article for the conservative news site Breitbart that said, “I’m a pro-military, pro-equal pay, pro-Second Amendment, pro-immigration, and pro-business Hispanic woman voting for Donald Trump.”