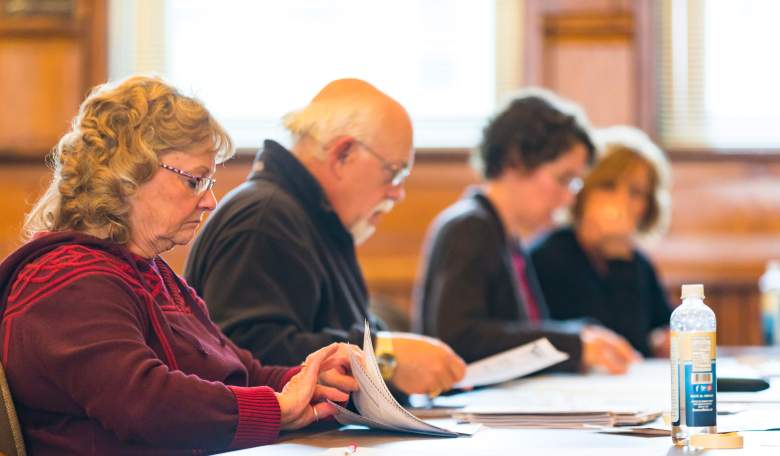 Tabulators hand count ballots on the presidential recount on December 1, 2016 at the Green County Courthouse in Monroe, Wisconsin. Green Party candidate Jill Stein has requested Wisconsin and other states to recount the U.S. presidential election. (Getty)

The Wisconsin recount had almost entered its halfway mark on the morning of December 6. With the state’s 10 electoral votes possibly at stake, how close is Wisconsin to finishing its recount?

Six of the state’s 72 counties had completed the recount and fewer than half of the state’s votes had been recounted as of the morning of December 6.

The deadline is 8 p.m. December 12 to complete the recount. The state needs to certify its recount results by December 13 to ensure they count when the Electoral College votes on December 19.

As of the morning of December 6:

Total votes counted so far in recount: 1,234,884
The recount spreadsheet only lists tallies for the above candidates.

Original results for Wisconsin, per the Election Commission:

If Wisconsin does not complete its recount on time, and officials have said they believe the state will do so, its electoral votes could be in jeopardy (although even that dramatic scenario would not be enough to change the election results due to Donald Trump’s large lead in the Electoral College.)

Read more about the day 5 election results here, in terms of net gained and lost votes. Donald Trump overall has gained a couple dozen votes in the first 5 days of the recount.

According to Wisconsin Election Commission spreadsheets, as of December 5, these counties had completed the recount:

Counties with no returns submitted 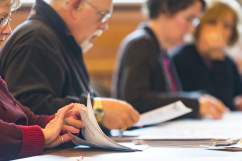 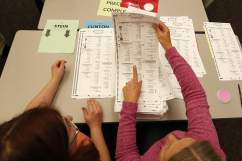 Loading more stories
wpDiscuz
7
0
Would love your thoughts, please comment.x
()
x
| Reply
The Wisconsin recount has just about hit its halfway point on day 6. How close is the state to finishing?