Tonight, PBS will air a new documentary titled ‘Frontline: Trump’s Road to the Whitehouse’, which will explore how President Trump defied expectations and won the presidency. The documentary will interview “key players” who will offer their opinions on what Trump’s presidency will look like.

According to the New York Time’s review, although the film is “intelligently and conscientiously” made, it’s “almost completely besides the point.” The outlet writes, “There’s no new information in ‘Trump’s Road’: It’s an annotated ticktock of well-known events.”

During the documentary, everyone from Trump’s team to reporters and writers will recount their experiences on the campaign trail, and offer their take on how Donald Trump was ultimately elected President.

CHANNEL: PBS – Check your local TV provider (ie. FIOS, Optimum, Time Warner) to find out what channel the PBS network is on in your area.

INTERVIEWEES: According to the New York Times, three Hillary Clinton “surrogates” were interviewed for the doc, along with about a dozen of Trump’s staff, Corey Lewandowski, and Kellyanne Conway. 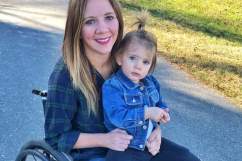 Loading more stories
wpDiscuz
2
0
Would love your thoughts, please comment.x
()
x
| Reply
Tonight, PBS will air a new documentary titled 'Frontline: Trump's Road to the Whitehouse'. Get the station info, what channel to watch, when and what time it’s on.